Happy Friday! Welcome to Issue 34 of Rerun, your weekly digest of digital storytelling, interactive media and the future of TV curated by Axonista.

This week's edition sees lots of big product releases from brands including YouTube, CNN and Twitter. Our Top Pick this week is Tim Cook's thoughts on the future of interactive TV, ahead of next week's global release of the new look Apple TV.

We also have a friendly Magic Leap AR robot, we look at Amazon's AR patent application, and see 500 stormtroopers march on the great wall of China! 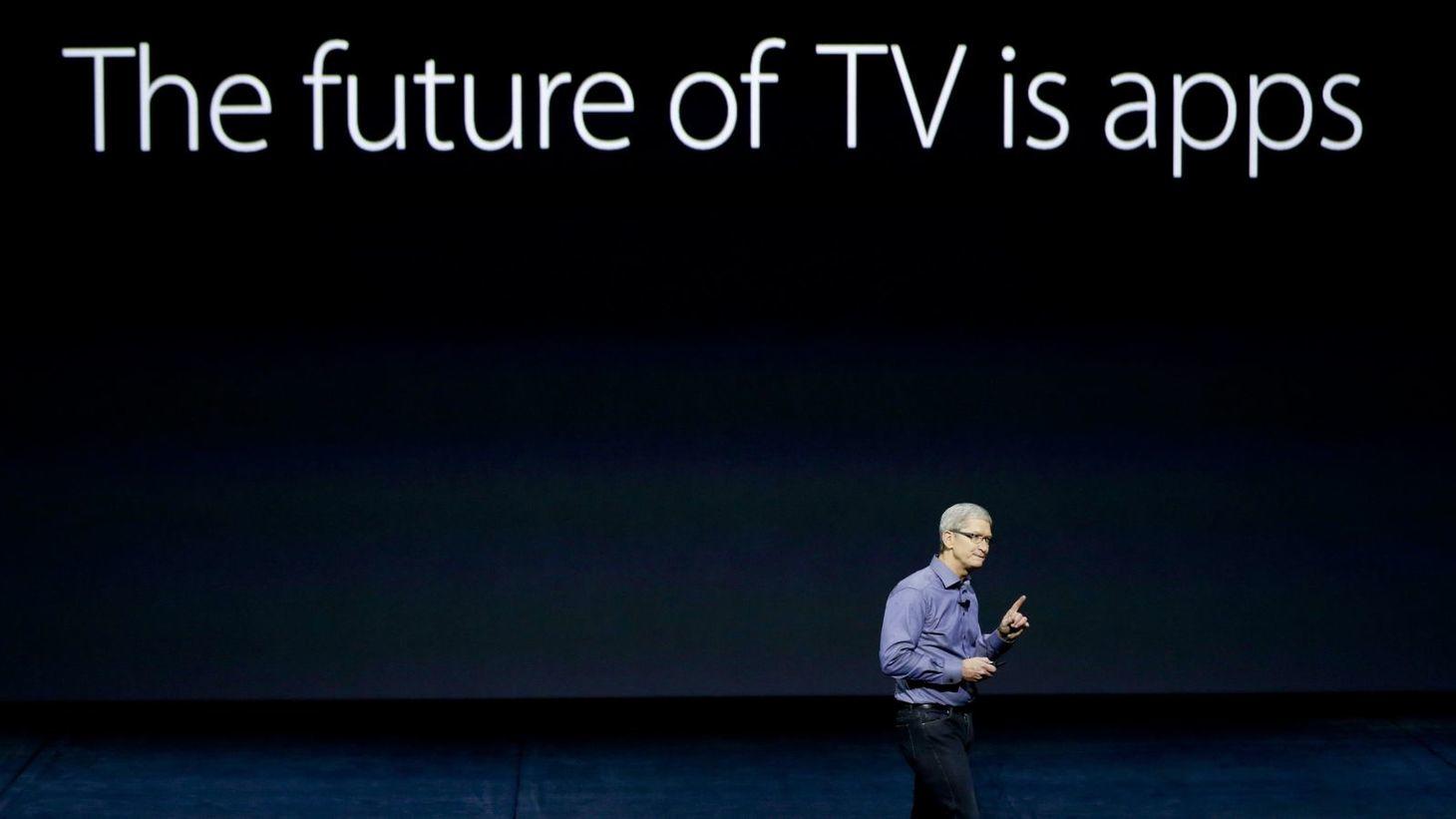 TV should be interactive. There’s much of TV that we want to interact with, but the way that we do that today is we have a device and we’re sitting there [with it] on our lap with the TV running. We’re maybe doing something socially, but these two things should be connected. - Tim Cook

At Axonista, we’ve been saying this – and building experiences to back it up – for 5 years. It’s truly exhilarating to have the work we’ve been doing validated by someone we respect and admire as much as Tim Cook.

Now that Apple has promoted its hobby device up to true product status, with its own place in the app ecosystem, we see this as an inflection point. We predict that we’ll look back at this Apple TV update as being as important an event in the evolution of interactive TV as the iPhone was to mobile computing. 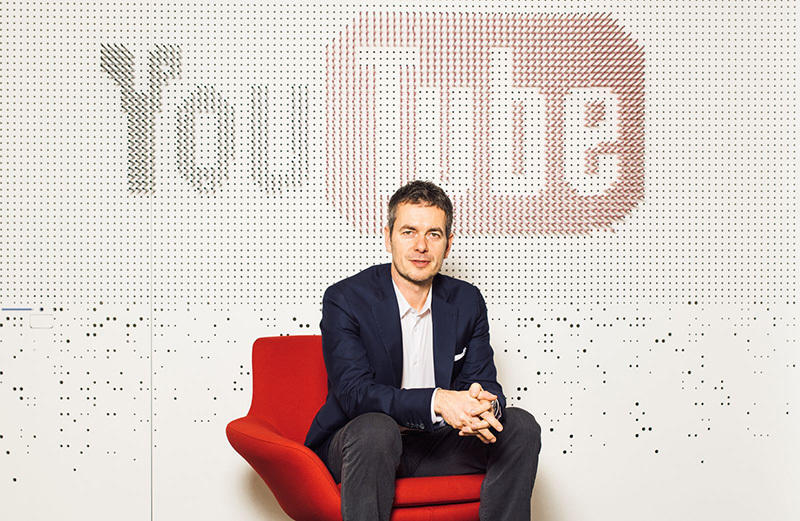 An inside look at YouTube’s new ad-free subscription service

if just 5 percent of its US viewers were to sign up for the service, it would add more than a billion dollars in annual revenue to the company’s bottom line.

While this is obviously good for Google, they're hoping it's good for their creators too. With more options then ever for content distribution, they face a battle to keep their most prolific creators. Especially since 95% of YouTube views come from 5% of the content.

"I make a little bit of money from ads, not much, but something," she [Dehlia Ford-Feliz, YouTube artist] recently explained. The real money these days is in product placement.

Something we found interesting is the repeated challenge Google have had rolling out new features to their creators. The YouTube platform is so big, all-encompassing and feature-rich that they run into problems with discovery and comprehension. Here at Rerun we're very interested in the uptake from viewers and the reactions from creators in the months to come. So far it hasn't all been roses.

Great Big Story are an independent company fully funded by CNN, and are CNN's answer to publications like Vice and Buzzfeed. They produce short videos aimed towards the 25-35 year old urban and 'globally aware' professional, intended for high shareability and native advertising. They launched a website and mobile apps this week, and will follow up with a YouTube channel next month and TV apps next year (Apple TV, Roku, Chromecast, Kindle Fire).

Morse and Berend say they are filling a white space in online video between Vice and Buzzfeed. "One of those is very shouty. The other is cotton candy," Berend says. "We didn’t see anybody occupying that smart space in the middle that was fundamentally optimistic about the world, and it wasn’t just screaming that everything was bad."

As for the notable absence of any CNN branding? Ultimately they decided they could compete more effectively for those millennial dollars if the content wasn't tied to the established CNN brand.

"There’s a temptation to bend yourself into a pretzel and try to do that," Morse says. "CNN oughta be CNN."

Take note; we think there are a lot more examples of this approach to come.

Users will be able to set up polls, vote privately on other polls and see instant results. Great for call outs to audiences during live TV shows!

There's also a nice little Easter egg from Twitter included in their promotional screenshots, for the week that's in it. #backtothefutureday

With the launch of CNN’s Great Big Story and publishers like BuzzFeed and Business Insider before it, the distributed approach has gone beyond the experimental phase to a business strategy for publishers.

At the extreme end of this spectrum are NowThis, who are entirely distributed. Quartz started distributing video content and posting native Facebook videos as an experiment, and six months later it's proving to be pretty important. Engagement on the videos is high and views on their Facebook page have grown since the start of the experiment.

While it's not clear yet how much traffic it generates for their own site, they've started posting the Facebook videos there as well and have plans around monetisation now that the experiment has proved a success.

Advertising aside, publishers can hardly ignore the fact that the platforms’ reach is massive compared to their own. Given Facebook is placing its bets on video, Quartz figures the better it can master the platform, the better situated it will be to reach people there

Magic Leap Inc. doesn’t want to immerse you into a new world. Instead, it wants to build on top of the world you have. - Deepa Seetharaman, WSJ

Magic Leap have released a video to visually explain what their augmented reality technology might look like, with a floating solar system and a waving robot roaming free around the office.

We are still blind to what the hardware might resemble but there are suggestions that it will be an eyeglass, or head-mounted device, which will project computer-generated images onto the user's retina, beaming augmented reality images over their real life setting.

The future is going to be so weird...

PPSSPP VR is an emulator that renders PlayStation Portable games in VR for Oculus. Unlike most 2D-to-VR “upgrades” however, this is not a simple case of floating a 2D screen in front of you to play on. The emulator actually re-renders PSP game geometry and adds stereoscopic 3D sound along with head tracking and pre-warping to create a properly immersive VR experience. Nice.

According to reviewer Paul James, the experience is already up there with the more mature Dolphin VR emulator for Gamecube and Wii and will no doubt only improve over time.

Amazon has been working on creating its own AR headset and has been busy filing patent applications. We always get a kick out of the language used in patent filings and Amazon’s “immersion control tool” for its "tablet goggles accessory,” is no exception. :)

Although still in the early stages, we are looking forward to seeing what Amazon has to offer in AR!

Ticket servers are crashing on pre-sales, with the excitement of fans after Lucasfilm's release of the new Star Wars: The Force Awakens trailer during ESPN’s Monday Night Football.

The stunts building up to the film's release are making us burst with excitement at Rerun. Disney's latest promotional stunt was to fly an army of stormtroopers in to line up on the Great Wall of China. A wall which can be seen from space.

The Force. It's calling to you.