Happy Halloween! Welcome to Issue 35 of Rerun, your weekly digest of digital storytelling, interactive media and the future of TV curated by Axonista.

This week's Top Pick is an insightful review of the newly released Apple TV, by Nilay Patel of The Verge, who has singled out the QVC app for being "the single most interesting app in the Apple TV App Store right now" - an app that the Axonista team were delighted to work on in collaboration with QVC!

We also have the iTV Doctor's thoughts on Pay-TV and the Shared Economy, we bring news from Sony's keynote at Paris Games Week, we introduce you to vTime, the world's first VR social network, and much more!

Let's get straight to it! 👻 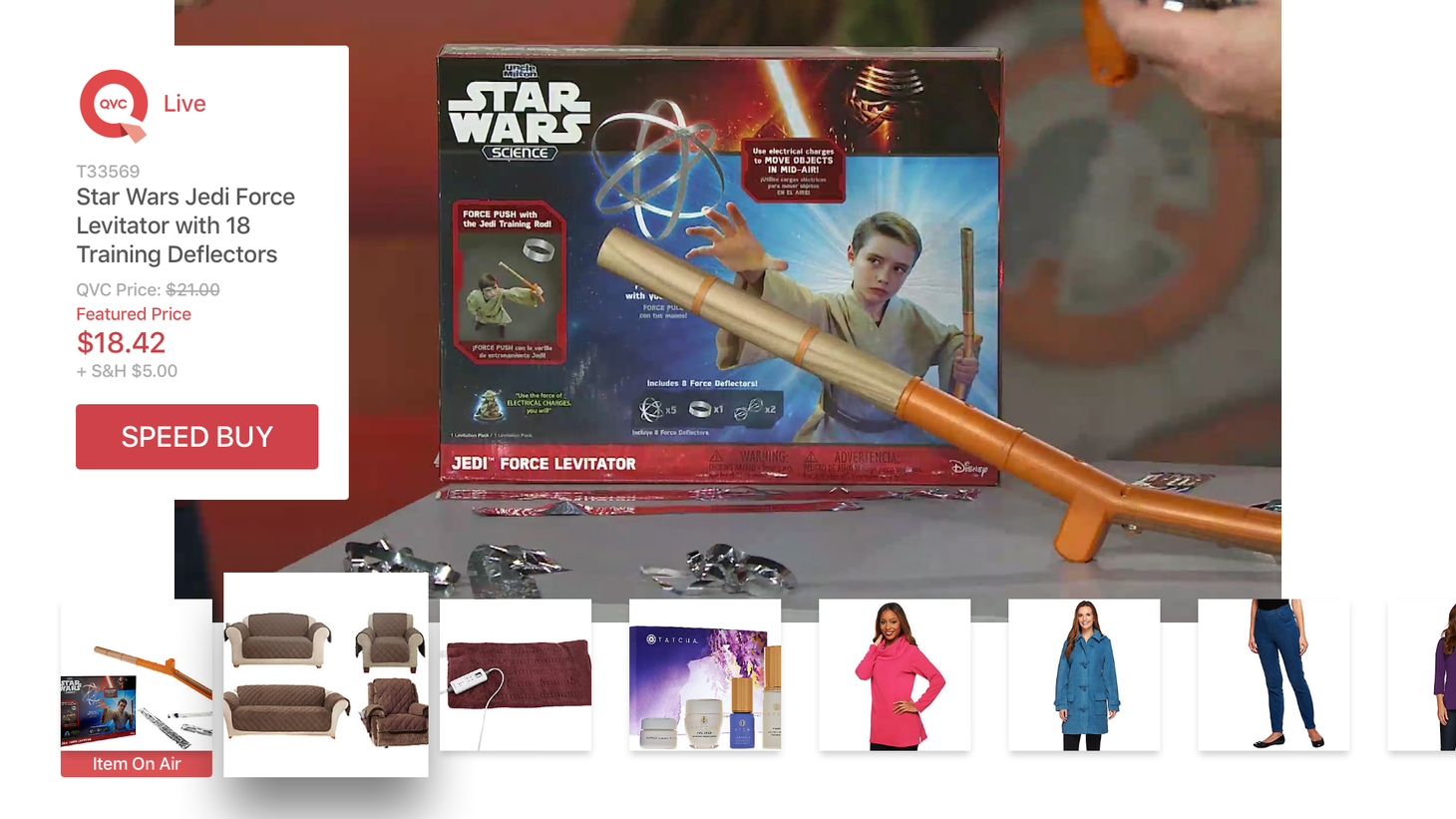 It’s finally here! This week, we’re featuring Nilay Patel's thorough review of the updated Apple TV in the Verge. And we're over the moon that he has singled out the QVC app – an app that the Axonista team worked on in collaboration with QVC – for being "the single most interesting app in the Apple TV App Store right now".

The QVC app is the only app that really and truly blends television with interactivity: it shows you a live feed of QVC, and it overlays the familiar information box on the left side of the screen with a buy button. So you’re watching the regular QVC TV channel, and you can just click to buy, or swipe down to see more photos of the item and related items while the video keeps playing.

That kind of interactivity is the real future of television, and nothing about the Apple TV outside of the QVC app really leans into it. - ​Nilay Patel​, The Verge

An analysis of 4,000 reviews of on-demand services identifies performance, functionality and content as the three largest pain points in VOD

The good folks at VOD professional have undertaken research to answer some key questions about UX in VOD services, and today are sharing the results. Other topics covered include advertising and pricing.

A must read for any VOD service provider.

The iTV Doctor is in!: Pay-TV and the Sharing Economy

Friend of Rerun, the iTV Doctor, Rick Howe, knows how to run a panel session. At the recent TV of Tomorrow conference in San Francisco, he invited a regular consumer to join in a panel of industry experts to discuss content discovery challenges in the new world of OTT.

It's no surprise that in preparing for his upcoming panel on Pay TV and the Sharing Economy at TVOT New York later this year, Rick Howe invites actual Millennials to the party.

In this post, he outlines how consumers have no problem about sharing sign-on credentials for subscription-TV services with friends in order to split the costs, and muses on what the wider implications are for the industry.

He is an actual OTT Guru after all.

There may be new platforms, but the rules of business are as always,... There’s got to be something in it for everyone... we’re open to lots of different ways to reach audiences. - Nicholas Minter-Green, president of The Economist Films

While publishers are concentrating on creating shorter video content, The Economist realises that the concept of storytelling in seconds does not qualify for the genre and style of investigative journalism. They have set up a division, The Economist Film, to record 12-15 minute features covering in-depth studies of big topics. The Economist knows their audience, and while it may not be a Snapchat audience, they are finding that the video features are drawing in a new and organic audience across platforms.

It also found that YouTube offered more depth of engagement from viewers, while Facebook boosted the numbers. On average, viewers are watching the videos for longer on YouTube. - Lucinda Southern, Digiday

Starship, a UK interactive entertainment company, are launching vTime, the first ever virtual reality social network this November! Users can explore this social network using the free vTime app, or on their computer, to interact with friends and share experiences in a range of different virtual reality environments.

Good news is that vTime will work on Google Cardboard and will be available to download from the Google Play Store by the end of 2015.

Live NBA game is cool in VR, but don’t sell off your season tickets yet

The vantage point was basically if you were sitting on the floor and looking at the court. It was pretty sweet and if you looked to your right, you saw a camera man who at times I thought was a damn hologram. He was real, though. I think.

Drew Olanoff reviews his experience of the NBA's live VR stream to much of the same divide of excitement and hesitation, that we have witnessed in the last few issues.

Olanoff is thrilled by the view that he is privvy to, via the Samsung Gear, at the Oracle arena.

However, it seems that broadcasters have not quite captured the essence of how to make live VR storytelling appealing to their audience.

Am I ready to give up on going to games physically? Absolutely not. The sound was great, but not anything close to what you’d experience in a stadium... the experience was naturally isolating!

Although live VR streams of sports events seem to neglect the camaraderie and thrill of watching live sports together with friends, Olanoff states that he would love to watch VR highlights of games, rather than the full match.

So far, it seems that audiences love the experience VR for a moment, before they can return to enjoy their own reality and share experiences with their co-viewers. 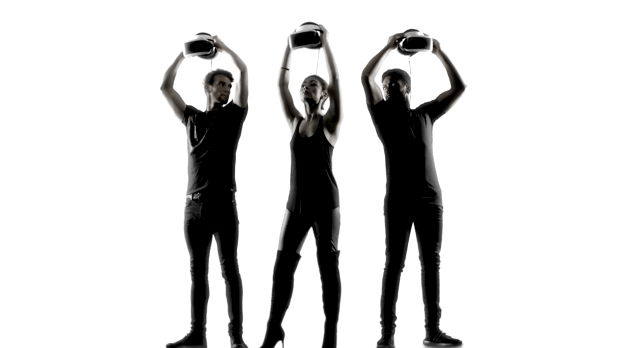 All the PlayStation VR news from today's big Sony event

With the launch dates of the next generation of VR gaming headsets drawing closer, Sony's keynote at Paris Games Week included lots of news about their Playstation VR (formerly Project Morpheus). It’s great to see Sony investing so much in VR to get gamers suitably excited about the prospect of VR gaming.

The Verge's Adi Robertson details all the announcements in this post. Here's our pick of the bunch.

Until Dawn is one of the most unique takes on horror gaming this year. The new addition, Until Dawn: Rush of Blood expands the world into VR with a first person, on rails shooter. Not exactly what we were hoping for, but we’re excited to see what developer Supermassive Games will bring to the genre.

Robinson: The Journey looks like a tense, sci-fi survival adventure with dinosaurs! It's made by Crytek, who are famous for creating one of the first 'photorealistic' games Crysis, so it has definitely piqued our curiosity.

Apple has taken its first step into the virtual world with a VR experience for fans of their beloved Bono and co. Apple and U2 have teamed up to create a virtual environment, called The Experience Bus, for fans to try on an Oculus headset to view a 360 degree U2 music video after attending the live concerts. The app that Apple are using for the experience is called Vrse and can be downloaded on the App Store, Google Play, and the Gear VR Store.

Get up close and personal and see all angles of Bono in the comfort of your own home...

Google Trends have conjured up a witch hunt, or a superhero hunt, for the most popular costumes across the US, via Frightgeist, where living souls can see if their costume ideas are unique or if they're destined to collide with at least ten others at the corner shop!

See what's trending at a costume party near you!