Happy Friday! Welcome to Issue 39 of Rerun, your weekly digest of digital storytelling, interactive media and the future of TV curated by Axonista.

In this week's Top Pick, we have an article by Andreesson Horowitz VC Ben Evans on the future of TV, linear scheduling and the 'big screen'.

We also have Amazon's ambitious plans for its TV offering, how CBS uses data to inform their 24-hour news network, how publishers are using Snapchat outside of the velvet roped 'Discover', Nickelodeon's revival of "Hey Arnold!" amongst others, a review of the Samsung Gear VR headset, and so much more!

TV, mobile and the living room

Benedict Evans, who works at Andreessen Horowitz ('a16z'), a venture capital firm in Silicon Valley that invests in technology companies, has written an interesting article with some musings on the future of TV, linear scheduling and the 'big screen'.

Looking at data from the younger generation there's a clear standout trend that's consistent from ages 3-15; TVs are used for watching films and not much else, the majority of content kids watch is on another device like a laptop, tablet or mobile phone (for the older kids).

With that in mind, what does it mean for the future of TV? What content goes where? Is TV now the 'second screen'?

Shoutout to Gavin from StoryToys for sending this one in!

Amazon could be building the cord-cutter’s dream streaming service

In a significant departure from their current business model, Amazon is rumoured to be adding third-party on-demand video services to its Prime offering.

By bringing together on-demand services, while also consolidating and simplifying the actual subscription element, this could prove a major milestone in the evolution of online entertainment. And with free-shipping and other Prime perks thrown in for good measure, cord-cutters will surely rejoice.

CBS News have been keeping a close eye on social media and commentary around their programming, as well as some analytics, in order to tailor their live news coverage to their audience.

For instance, the outlet noticed a lot of users were commenting on how the Lebanon bombings that happened prior to the Paris attacks did not receive as much interest from the news media. “We responded to those concerns by providing additional coverage while also pointing people to the coverage that had already been done,” said Tanner.

Not only do they use the data to inform content decisions and drive viewers to past coverage, they also use it to fine-tune news presentation, down to the clothes that news anchors wear!

How publishers use Snapchat outside the Discover feature

In this post from Digiday, publishers who aren't on Snapchat's Discover platform describe the value of using Snapchat Stories to connect on a personal level with the elusive millennial audience.

There’s a personal connection you can get with one-to-one Snaps. People expect you to be a lot more real. Helen Havlak, The Verge

People are quite honest with us about whether they enjoyed a story or not. Ethan Klapper, Huff Post

Fans of the 90s Nickelodeon series Hey Arnold! can rejoice. The famous fourth-grader and his friends will soon return to our screens in a made for TV movie. A clever move by Nickelodeon to win a new generation of fans for their back catalogue of greatest hits. CatDog next please!

The TV movie will feature a storyline that picks up where the original series ended and resolves unanswered plotlines–including the whereabouts of Arnold’s parents, long missing from the program.

In an effort to attract new talent, Amazon have released a free screenwriting tool that automates the complex format that is required for scriptwriting. Amazon have been trying to woo content creators for many years with their software tools, but have been met with much controversy in the past over copyright and their demands for exclusivity on the stories created in their system. Amazon Storywriter seeks to change that stigma by catering for both emerging and established writers and changing the contract to be more creator friendly.

Hurts so good: 12 hours with the new Samsung Gear VR

Ben Popper from The Verge gives us an insight into his experience with Samsung Gear VR while also comparing it to Google Cardboard. From testing out the new "Lands End" to drawing the blinds and creeping around his living room while everyone was asleep, it is a very enjoyable read.

Google brings street view to the ancient city of Petra

Google brings us an incredible Tour of Petra through street view. The Tour includes an interactive map and commentary to immerse the user and really is a beautiful experience. 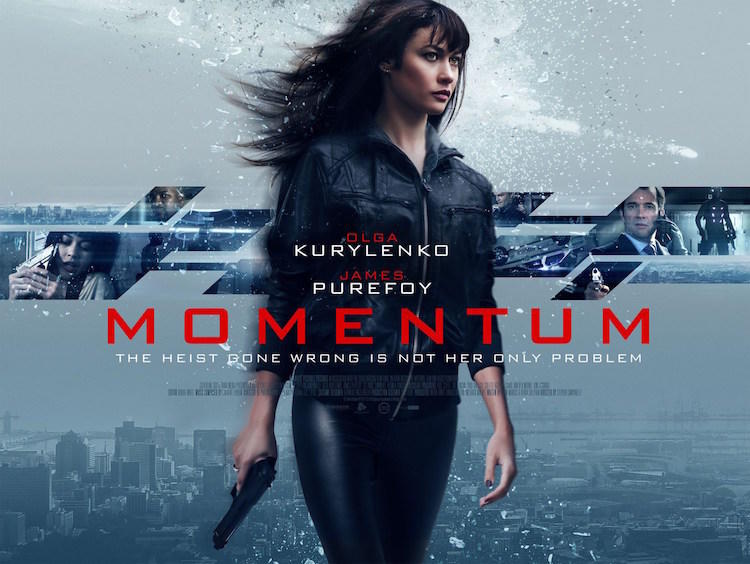 Momentum, a new contender for "worst movie ever," yields £46 in UK opening night

Momentum, a new action-thriller starring Olga Kurylenko, Morgan Freeman and James Purefoy, has pulled in just £46 ($69) in its opening weekend from cinemas the UK. With a budget of around £13million ($20million) it has to go down in history as one of the biggest movie flops of all time. And also one of the most ironic movie names! 🙊

In the interest of fairness, we should mention that it was also made available as a digital download, and that it made more in the UAE ($275,000 to date) and Russia ($250,000 opening weekend).