Happy Friday! Welcome to Issue 76 of Rerun by Axonista!

Also this week we look at more of YouTube's efforts to appeal to creators, some fallout from NBC's Olympics ratings dive, Spotify's plans for its video platform, a new esports VR platform, and President Obama's VR debut.

If you enjoy this newsletter please forward it to friends. If you've received this from a friend you can subscribe to receive it every week. 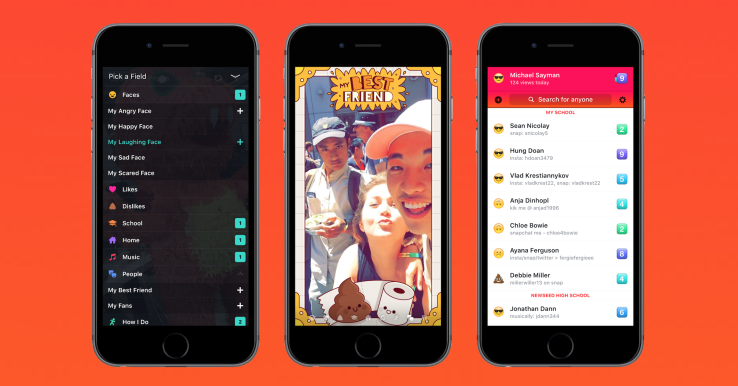 “What if I figured out a way to take Facebook from 2004 and bring it to 2016? What if every field in your profile was a full video?” asks Facebook’s 19-year-old product prodigy Michael Sayman.

The answer is Lifestage, a new Facebook app for people aged 21 and under. You create your profile not by filling out text fields but by recording video, which your friends can then watch. The more videos you record, the more questions you unlock, for example your happy face, your favourite thing, your laugh or the way you dance.

Michael Sayman is an impressive and intelligent person, and a lot of the product decisions in Lifestage are not only clever, they're a glimpse into the behaviour of a generation that is growing up mobile and video native with cameras always on-hand.

There’s no way to contact people directly in Lifestage, since Sayman explains “my friends and I have a bajillion messaging apps we already use and love, so what’s the point of having another messaging app? It just seems annoying to me.”

Inside Backstage: YouTube’s plan to bring photos, polls, and text to the video service

We saw last week that YouTube is making a big effort to appeal to content creators in the face of competition from other platforms. This week Venturebeat learns of a new feature that aims to bring creators closer to their fans and subscribers. We think it could be a vital move, given that the other platforms have far more advanced social features and ways to connect to an audience.

NBC's ratings dive may be a harbinger: deluge of content may be overwhelming viewers

Are we hitting peak content? In an age of boundless content creation and unlimited access to viewing it, can the global TV audience absorb a continuous supply of new shows? Or are ratings starting to decline?

Team Rerun predicts an increase in audience availability over the next 5 years as more parts of our lives become automated and on-demand - You gotta watch something when sitting in that self-driving car!

The Olympics didn’t stumble because of 'millennials'. It stumbled because of NBC.

Bloomberg and NBC want to blame the audience for not participating in their content the way they expected them to. But if the results were not what they expected, perhaps they should consider that maybe the problem is with the product.

In a recent Bloomberg article, trading firm BTIG were quick to pin NBC's fallen Olympics ratings on 'millennials' losing interest in sport (what??) and new competition like Snapchat, Netflix and others. But to us this simplistic view is so limited it's almost a cop-out, and the 'blame the new thing' argument is weak and worn-out.

The author of this Medium article, Brenton Henry, offers a counterpoint. It wasn't the audience's fault, it was NBC's lacklustre product offering. He walks us through his own experience trying to watch the opening ceremony, and argues that if NBC had provided a Netflix-like offering for a one-off $10, with good UX, they would have seen a lot more engagement from the younger demographic.

Frankly, Team Rerun was never on board with this one, as this type of content jarred with (a) music, and (b) the passive personalised engagement that Spotify does so well.

“What Spotify has come to learn is that Spotify is amazing when you have a passive audience — when the audience doesn’t need to look at a video,” said one Spotify content partner. “Some of the Spotify videos that did best were TED Talks, because those don’t actually need to be watched.”

Like other social platforms, Spotify has a large ready made audience to be served up original video content in the same way it currently serves up its Discover Weekly list. If they get the content mix right, this has the potential to be our new personalised MTV, which is quite exciting.

VICE media CEO Shane Smith wasn't shy about shaking up the media industry during his talk at the Edinburgh International Television Festival this week.

“There is a revolution going on in media. And it’s scary, and it’s fast, and it’s going to be ugly. But it’s also totally necessary to keep going forward. Change has never been more important, never so crucial, especially in our industry."

VICE Media recently launched the Viceland TV channel, with the aim of attracting millennials back to linear TV. It hasn't all been smooth sailing, as initial audience numbers are reportedly lower than expected.

BI Intelligence has released a report on the rapid growth of live video streaming in 2016. It looks at the challenges and monetization opportunities that lie ahead for brands and marketers, as well as an overview of emerging players in this space.

Online video has become a key part of the strategic business model for both brands and marketers as they seek more innovative ways to capture consumer attention.

What VR is good for

Slate speaks with Jeremy Bailenson, a Stanford professor and the founder and director of its Virtual Human Interaction Lab, the same lab that Mark Zuckerberg visited in 2014 to be convinced of VR's potential two weeks before Facebook bought Oculus VR for $2 billion.

Bailenson offers an expert perspective on what he believes VR will and will not be. He says that he thinks that VR should be used for only four types of experiences: expensive, dangerous, impossible, and rare.

He also talks about the psychological effects of killing someone in a VR game versus a normal video game, how going through a VR experience can make someone more empathetic for people in other positions, and more. An insightful read. 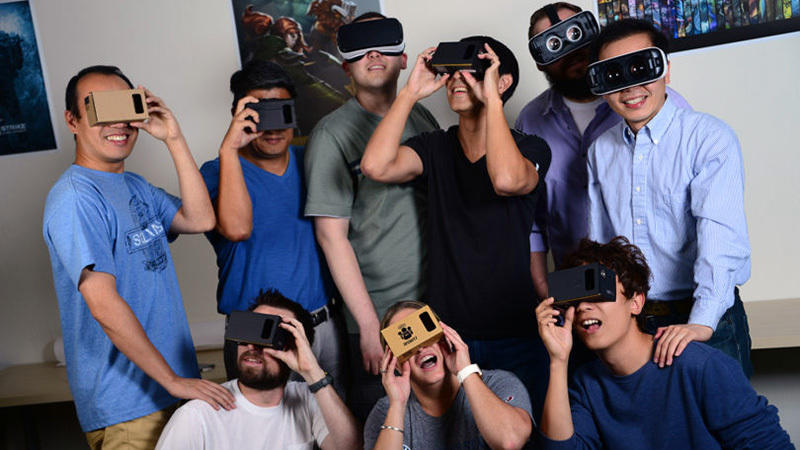 SLIVER.tv provides esports spectators with uniquely immersive and cinematic experiences in 360° and VR.

They do this via an SDK that enables them to create 360° videos of esports matches, highlight reels, special effects and more, even if the game doesn't support VR. The videos become available to watch 12-24 hours after a match finishes. Currently they support Google Cardboard on iOS and Android, but more platforms will follow.

The first known VR film to include and be narrated by a sitting President!

Much like POTUS’s messaging bot, the VR debut is a fun publicity stunt for Facebook and Oculus. Of course, the real success story will be when filming the President in VR doesn’t garner any attention at all. That will mean that VR has indeed become the next great content platform that Facebook CEO Mark Zuckerberg believes it will be.