Happy Friday! Welcome to Issue 67 of Rerun by Axonista!

It seems like everyone had a live video announcement this week, with Facebook, Twitter, YouTube and Tumblr all making moves. Al Roker and Brave Ventures are collaborating on a NewFronts-style event for live video, and in the U.S. the Democrats broadcast a sit-in live on Periscope and Facebook Live after the House cameras were turned off.

Elsewhere Snapchat revealed their eagerly awaited advertising platform, Hulu's new live TV service has been revealed, and our own Daragh Ward talks to S&P Global Market Intelligence about the future of TV. 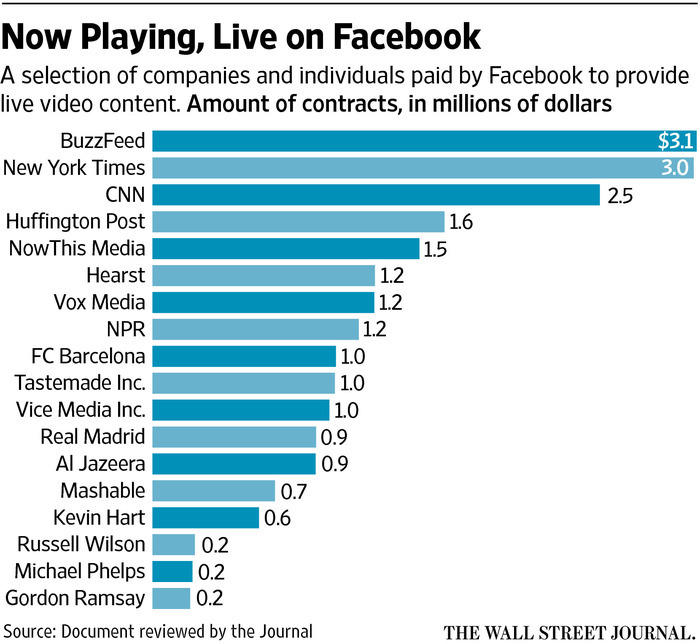 According to the Wall Street Journal, Facebook has signed nearly 140 contracts with video creators totalling upwards of $50 million. It's targeting a wide range of popular public figures and publishers to test how different types of content and audiences work with its new live video technology.

Buzzfeed, and its watermelon exploding ways, tops the list of the highest value contracts.

Facebook is going to need a clear content discovery strategy in a world where everyone's Facebook friends are streaming live and every video autoplays in every user's Facebook feed. The current notification model that a friend or page is now live is unsustainable as the volume of content grows.

Facebook invited publishers to be part of the program based, in part, on their track record with live video, Mr. Osofsky said. Among other factors, Facebook also looked for public figures who were able to “easily produce and test a variety of live programming.”

Snapchat launches a colossal expansion of its advertising, ushering in a new era for the app

Adweek's latest frontpage story is all about the release of Snapchat's platform for advertisers. Their partners have been generally divided into three groups to support the new platform, Ads, Creative and Measurement.

Why is this a big deal? 10bn video views a day, 66% of users sharing content every day, 25-30 minute session time and 80% video completion rates. Snapchat demand a lot from advertisers in terms of the format and quality of the advertising, but the results speak for themselves.

There's plenty of in-depth information in this article, as well as some interesting tidbits like the importance Snapchat place on audio, something that is definitely a differentiator from Facebook and other platforms 'mute by default' stance. Don't miss this.

Twitter has accelerated its live video plans with a number of video related announcements this week, adding a live video button into its iOS and Android apps so that users can directly use Periscope to broadcast live from within the Twitter app.

An interesting acquisition was made by Twitter this week in a company called Magic Pony which uses an algorithm to sharpen low res live video, enhancing its quality for viewers. Very clever, and a sure sign that Twitter plans to stream lots of video in a cost effective way with a focus on delivering a great user experience.

It's also making changes to its 6 second video app Vine. Vine creators will now be able to post additional longer videos (up to 140 seconds in length) alongside a 6 second Vine, essentially making a Vine a shop window for a lengthier piece of content.

It remains to be seen how Twitter plans to tie all its video properties together, or if it's experimenting with various apps to find a live video model that sticks. 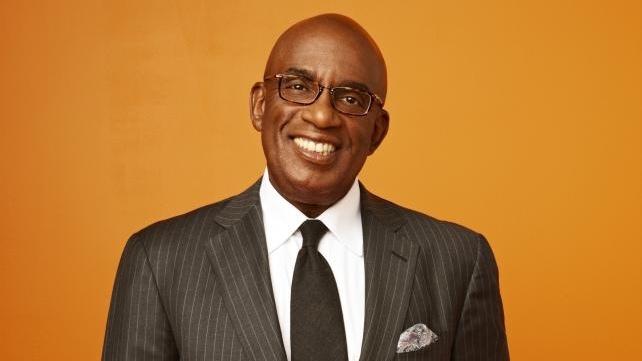 Al Roker sets out to create the 'Live Fronts'

As live streaming continues to explode, with the addition of new services from Twitter and YouTube this week alone, Roker Media and Brave Ventures are joining forces to get out in front of the trend, and solidify it, with the announcement of a "LiveFronts" event in New York this coming October.

With entirely new opportunities for innovation in advertising and interactivity, the LiveFronts organisers feel that there is sufficient differentiation from the on-demand digital content that's presented at the NewFronts in spring, that it deserves its own event to present its unique characteristics to brands and agencies.

What makes live video different than recorded, [Ronald Pruett Jr., chief adviser, Roker Media] said, is that it allows for interaction and the ability to bring viewers into the program in real time in a way TV or recorded video can't. For this reason, live video requires a new set of rules and batch of influencers.

Making live video interactive is our day job at Axonista, so we're very excited about this stage of the evolution of the medium, even as we're slightly in awe of how fast it's happening. Bring on October!

There was a time when it was enough for content to merely be available to the viewer, but with the ever-growing migration of audiences to mobile and interactive devices, availability is being replaced by interactivity. This demand from viewers for richer content and for more ways to engage with that content is feeding the rise of smart video systems that are able to manipulate many more video elements.

Our resident boffin Daragh Ward shares his thoughts on the future of TV apps and how personalisation and interactivity will play a major part in the future of video experiences. 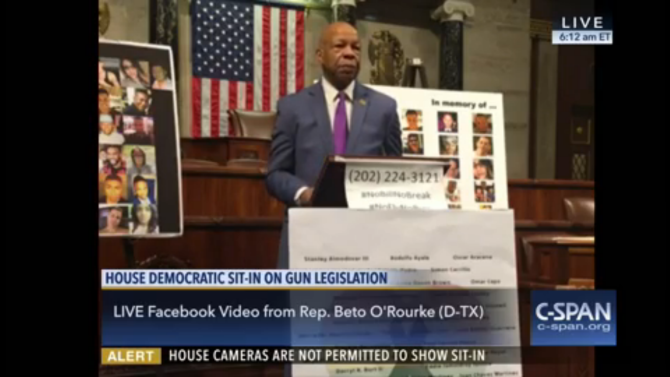 Periscope and Facebook Live came of age in dramatic fashion on Wednesday as Democrats in the US House of Representatives staged a history-making sit-in in an effort to move the needle on gun violence in their country.

The cameras in the House, which is controlled by a Republican majority, were turned off in an effort to stifle the effectiveness of the demonstration, but the lawmakers involved began using their phones to broadcast the proceedings via Twitter and Facebook's streaming apps. These streams were then picked up by the political TV network C-SPAN, bringing coverage to a mass audience in a way – not least because of its multi-hour duration – that has not been seen before.

While the sit-in was reminiscent of 1960's civil rights and anti-war protests, the technology used to keep the outside world informed was positively 2016.

Cord Cutters News have published an exclusive look at what Hulu are planning for their new live TV service. Hulu have been sending surveys out to subscribers, some of who happen to be readers of Cord Cutters News, and after a bit of detective work they've compiled all the details, including prices, channels and packages.

Bear in mind this could all change in six months or so when Hulu Live actually launches, but it's a great indication of what to expect.

The lack of imagination and creativity used in mobile ad campaigns was rightly called out by a panel discussing ad blocking at Cannes Lions this week as 'a disastrous afterthought'.

Jess Greenwood, VP-content and partnerships at Interpublic's R/GA, said during the presentation that often agencies and marketers will simply take creative that runs on desktop and use it on mobile.

Ad formats that use data from a mobile user's preferences, location or timezone with insight and context into what they're viewing could provide something of real value to users and brands, but this nut hasn't really been cracked just yet. The rise of ad blocking software may be the tipping point that finally allows new digital interactive ad formats to flourish, and puts an end to online banner ads being repurposed for mobile.

How esports are bringing fans closer to Formula E

One of Formula E's core objectives is to engage with a new, younger fan base, so it makes total sense that they'd get involved with esports. Fans can compete against each other for a spot in the finals, where they'll be joined by actual Formula E drivers like Bruno Senna and Nico Prost. Races are streamed online on Twitch, YouTube and the official Formula E website, with a €15,000 prize pot up for grabs.

It's a great way to bring fans closer to the sport, and we expect to see esports embraced like this much more in the near future.

Last weekend saw the ESL One Finals take place in Frankfurt, and the Esports Observer have crunched the numbers on how it was watched on Amazon's Twitch platform. Over three million hours of the various broadcasts were watched, in eight different languages. And that's only counting the officially approved channels.

A surprising statistic though, the viewership was split pretty evenly between English (52%) and Russian (48%) with just 2% coming from the rest of the world (mostly French and Brazilian Portuguese). The Russian broadcast was on air for just half the time though, which means it had almost twice as many viewers as the official English broadcast.

It's clear that Russia sure love their esports! Also reflected in the fact that it was recently recognised as a legitimate sport there.

How to shoot and create aerial 360 panoramas

Are you the lucky owner of a camera drone? Want to know how to create aerial 360 panoramas like the above? Well it's your lucky day because Drone Coalition have published a really good guide on doing just that.

It's not quite as straightforward as taking a panorama on your phone, but if you can handle piloting a small unmanned aircraft you can handle a bit of Photoshop!