Happy Friday! Welcome to Issue 68 of Rerun by Axonista!

This week’s Top Pick is advice to live video makers to learn from one of the best live formats around, The Morning Show. We also learn how machine learning could transform content discovery. EA reveals its masterplan for esports and ad agencies voice their concerns with the duopoly of Facebook and Google.

With the recent accouncement of a HTC VC fund for $10bn of VR funding, it’s ample time to turn our thoughts to VR storytelling. So, there are musings on storytelling from Ghostbusters director Ivan Reitman and some lessons we can learn from theatre from VR filmmaker Skye Von.

Insightful and wonderful read from Matt Hackett about the challenges faced by the nascent live streaming industry on providing a compelling live viewing experience for creators and viewers alike.

He looks to the tried and tested Morning Show format as a source of inspiration for live streaming companies to learn how to provide a more context rich, interactive viewing experience that encourages interaction and participation.

The human animal is ill-prepared for the droning feast of now-ness that live streaming delivers. Live products must do more to contextualize and direct what we are seeing and what creators are making.

Life beyond News at Ten: ITN seeks deals with Netflix and Amazon

ITN might be perceived as a traditional broadcast news provider, but that now represents only a small fraction of a much wider portfolio that includes branded content, news and entertainment. ITN has also extended beyond linear television and exploited the opportunities afforded by distribution platforms like Facebook and Netflix.

The multi-platform nature of broadcast news has been a happy development for a company that failed and failed again (as ITN, then through ITV) to establish a rolling news TV channel.

As John Hardie says “We no longer miss not having 24-7 news (on TV). Seven years ago we probably did, but we don’t any longer.”

The next steps in machine learning are towards a more seamless screen future that requires less physical interaction. Amazon’s Alexa AI has used machine learning to develop voice control for adding ‘skills’ or apps. Effectively, this means that you can bypass the mobile app and just ask Alexa to play TV.

Elsewhere, machine learning is being used to aid content discovery. Like the Alexa AI, some of this relates to voice and audio recognition. For example, analysis of dialogue or soundtracks on your device could help determine what type of themes or moods you prefer. You could also search for content based on visual cues, like explosions or outer space.

With so many devices and apps and so much content, anything that eases access and discovery can only be welcomed.

How The Duopoly ruined the ad agencies Cannes

Rerun favourite Alan Wolk writing for TV [R]EV gives voice to ad agencies' frustrations that 'The Duopoly' of targeted digital ads on Facebook and Google platforms are overshadowing ad spend, and that the less tangible but arguably equally important elements of creative and context are being overlooked.

The only possible pushback against the duopoly could come from TV, and only then if the MVPDs and networks can align forces long enough to get make full-scale addressable happen. 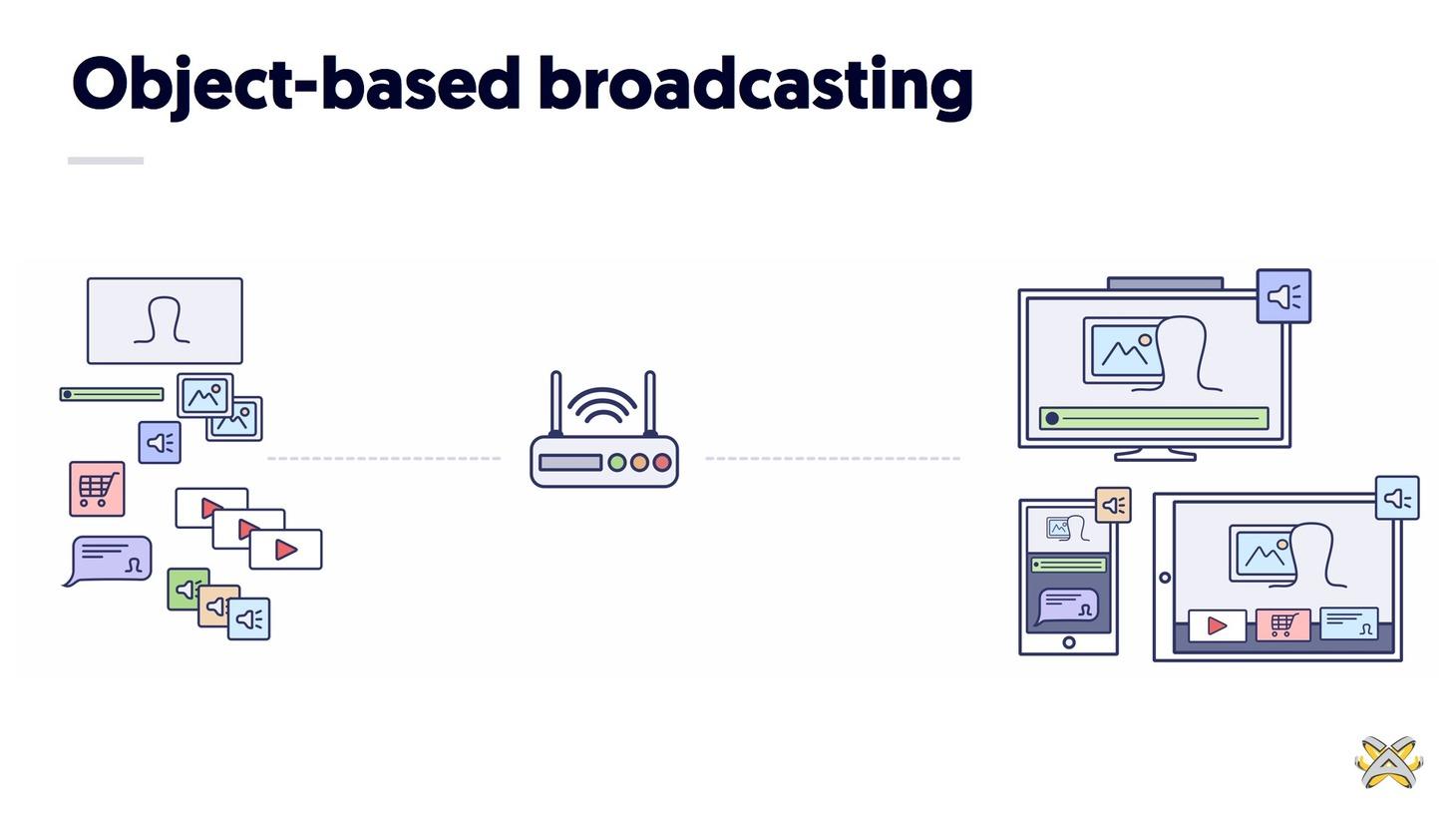 The emerging field of Object Based Broadcasting (OBB) is one that's close to our hearts here at Axonista because it embodies our founding vision of "making all video intuitively interactive". As it grows and flourishes, it will develop into a mature discipline and a set of tools leading to a world where it is second nature for creators to ​think interactive​ from the very beginning of the creative process, and where everyone, from production to distribution, can collaborate to build those intuitively interactive experiences that audiences are beginning to demand.

In this guest post on the Axonista HQ blog, noted TV journalist Adrian Pennington, interviews our CTO, Daragh Ward, and other industry leaders, exploring the state of the OBB landscape as it is today and taking a look at some of the exciting possibilities that the future holds.

Hold onto your hats – the future is coming!

Film and television might seem like natural reference points for VR storytelling but, as this article reminds us, there’s a whole lot to be learned from theatre. For example, all action on the stage is important and within the audience’s field of view. Because of this, theatre has a slower pace than film since it allows the audience to take in much more of the stage.

VR maker Skye Von's advice to VR storytellers is to purge their inner filmmaker and take a more theatrical approach. She suggests a slower pace where VR writers think beyond a single character. And, finally, she asks VR makers to trust their audience to find the story, something she acknowledges might be difficult for aspiring film auteurs. 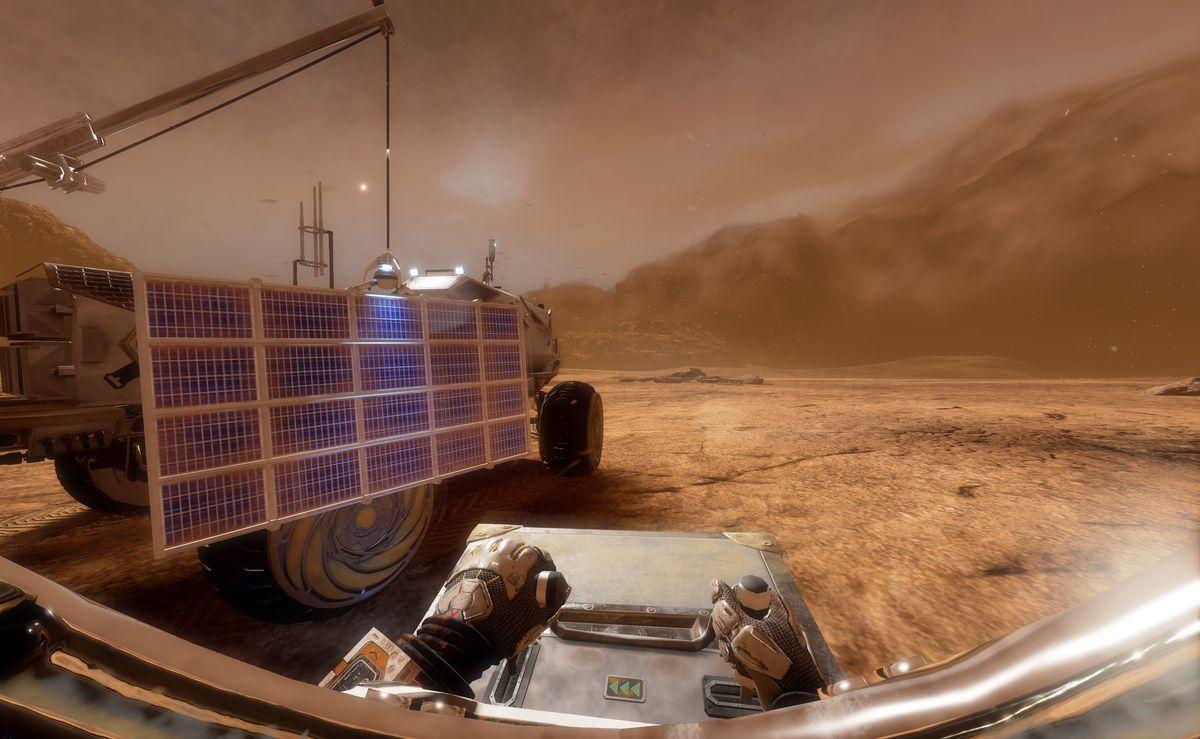 The struggle to adapt storytelling for virtual reality

It’s clear from recent news that in in terms of evolving VR, we already have the will, the investment and the technology. Next up, inevitably, is the content. As with every new experience, people turn to legacy media to see what can or can’t be used in the new form. VR is no different.

Production Designer Robert Stromberg (Boardwalk Empire, Alice in Wonderland) talks about where VR intersects with legacy media and some of the logistical and experiential challenges of creating believable VR worlds.

One of the biggest things I learned from The Martian was that the brain was so tuned in that you had to make sure the horizon was accurate. Otherwise your mind tells you something's wrong.

HTC leads an attention grabbing business alliance that brings together 28 virtual reality venture capital firms and $10 billion of "deployable capital." What they've labeled as the VRVCA will meet six times a year in offices in both Beijing and San Francisco.

This news might be concerning to Magic Leap, infamously known as the ultra-secretive leaders in MR, considering that this massive grab bag of VC money will likely increase accessibility into a space that is extremely capital intensive to work in.

Individuals and firms working on VR, AR, and MR technology can apply now online. We'll leave the link here for any of our readers who are getting some ideas to the tune of $10 billion. vrvca.com

In this entertaining article, Ivan Reitman, director of Ghostbusters, has a candid interview with those over at The Verge, on site of the opening of the Ghostbusters: Dimension VR experience in Times Square earlier this week.

Reitman offers very valuable insight, from that of a story creator rather than a technologist, on where he believes story telling and movies are going with the increasing development of VR. He also likens the stage VR is in now to the early stages of cellular phones when you had to carry them around with the battery in a suitcase.

I think it’s reminiscent of the early silent experimental films, where people would just watch people sort of sitting in a chair, or walking, and it was so amazing to see life recreated on the wall, or on a screen, that that was enough. And then after a while it wasn’t enough, you know you needed something that was more, emotionally.

EA are one of the gaming industry's biggest publishers, with longstanding franchises like FIFA, Madden and Battlefield. Late last year they announced the formation of a dedicated esports division, and starting this autumn we'll begin to see the first results of that.

Head of the division, Peter Moore, recently spoke about how they plan to get as many players involved in esports as possible, with three different tiers of competitive play ranging from local communities to worldwide finals. He also talks about the importance of diversity, inclusivity and fair play.

EA are taking an interesting approach, allowing brands and third-parties to organise the majority of competitions and broadcasts, while EA themselves take the role of a guiding body (and owners of the games of course!)

With most VR attention revolving around gaming, and television and film, Audioshield ventures into less chartered territory by taking the concept into music. Although it is a game, it's centred around interacting with (and punching) your favourite songs. A few years from now, this might be what kids coin as the new Guitar Hero. Let's just hope Grandma doesn't wander in front of the screen!