Happy Friday! Welcome to Issue 66 of Rerun by Axonista!

In this week’s Top Pick, we bring you a great NYT feature that surveys the history of Netflix and considers the disruption it has and will cause in the entertainment industry.

We also bring news of some great features being introduced on Apple TV. Esports are coming to European television through Sky and German channel SPORT1.

Can Netflix survive in the new world it created?

Today may be Friday, but this is definitely a 'Sunday read'. Grab a drink and sit down with this incredibly in-depth feature by the NYT, which looks at Netflix's origins, its leaders, its internal culture, the disruption it's causing in the entertainment industry and how it's really only getting started.

"Consumers have been at the mercy of others when it comes to television. The shows and movies they want to watch are subject to business models they do not understand and do not care about. All they know is frustration. That, is the insight Netflix is built on.” - Ted Sarandos, Chief Content Officer at Netflix

Here’s what Apple is bringing to the Apple TV

Fast Company have compiled a roundup of the new features coming to the Apple TV this fall. Apart from a sorely-needed 'dark mode', what else is in store? Most of the focus is on streamlining the UI, some of the highlights are:

Single Sign On: Sign in once to your cable subscription (e.g. Sling TV) on the Apple TV and you'll be automatically signed in to all the various channel apps that you get with the package.

Live Tune In: This is a Siri feature that lets viewers quickly open apps that stream live video.

These three changes alone make the Apple TV a much smoother 'TV like' experience.

Facebook struggles to stop crimes from being live streamed

After this week’s Facebook Live broadcast of a murderer and suspected terrorist’s confession, there will likely be further calls for increased moderation and regulation of live streaming apps.

The emergence of a growing trend of live streaming illegal and dangerous content highlights one of the important differences between traditional broadcast and live streaming broadcasts: content control.

Although Facebook has a dedicated team of moderators who are tasked with taking down any reported illegal streams, it took 11 hours for the French terror suspect’s stream to be removed and it was posted on YouTube shortly after. Facebook is now said to be testing a strategy of monitoring trending videos too, which would give it more capacity to catch offending or illegal content as they're being broadcast.

"Nowadays, professional internet creator is just another job…a job that thousands of new people have every month. If “internet creator” were a company, it would be hiring faster than any company in silicon valley." - Hank Green

By now it's plain to see that there's a gold rush for video content right now and many content creators are finding themselves suddenly under a spotlight, leading to them being strong-armed or even swindled by the much more savvy media companies.

That's why YouTube star Hank Green, one half of the popular vlogbrothers and founder of VidCon, is launching a nonprofit organisation called the Internet Creators Guild, with the aim of being a resource and support system for creators. You can read his full announcement here.

“We speak about Snapchat Discover in production and editorial meetings in the same way as our TV news. When we look at the big stories, we’re looking at how they’ll look on Snapchat. It’s embedded in the news room.” - Alan Strange, Sky News output editor

Sky News has fully embraced Snapchat, creating some of the most responsive and engaging content on the platform. This article by Digiday is a great look into how they go about that, from what they call 'the intimacy value', to content strategy, all the way to the technical performance and load time of the story itself.

Why Disney channel Freeform is betting on social apps

Disney last month launched on companion app Wishbone for its Freeform cable channel. Disney is using the app as part of its youth-targeted marketing strategy. However, as the article suggests, it's not quite as easy to measure how successful this strategy is.

While there has been a huge engagement with some the app features like polls and voting on show plots, there has also been a continued decline in TV viewership for some of the flagship shows like Pretty Little Liars.

Disney is using social media as a call to action to lure viewers to TV viewing and it will no doubt be helpful that more metrics are being made available by Facebook and others. 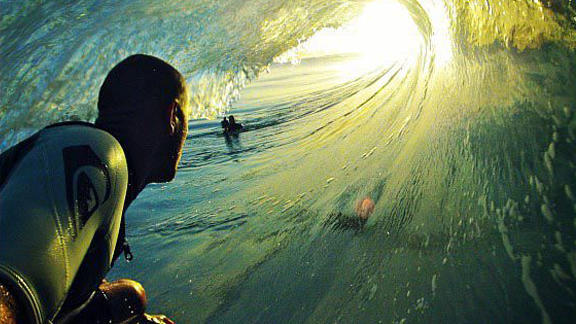 GoPros were once the go-to camera for extreme sports and helped shape sports filmmaking over the past decade. Where the GoPro was once synonymous with surf or skateboard videos, market competition now sees its camera sales in decline and last year the company had to reduce its staff by 7%. The team regrouped and thought about what the next step would be.

It's software. Where GoPro had allowed people to record sports, users needed to go elsewhere to shape and edit their work. So it's now building a software division and acquiring other software companies that it's hoping will help it regain a foothold in the filmmaking market.

The UK is about to get its first 24h esports TV channel, Ginx eSports TV. It'll appear in the sports section of Sky's EPG, and both Sky and ITV have taken minority stakes in the new channel. It's yet another sign of the growing popularity of esports, with the Esports Championship Series – Counter-Strike Finals expected to sell out Wembley Arena later this month.

Esports are coming to German TV

German TV channel SPORT1 has announced that it'll be broadcasting the ESL One Frankfurt Dota 2 finals, with live streams of the entire event also available on the channel's website and app.

Star Wars holograms are officially here! This video shows R2D2 and C3PO hanging out at a dining room table, and it looks incredibly real. Still no new information on what exactly the Magic Leap looks like, but it's hard not to get excited by it!