Happy Friday! Welcome to Issue 62 of Rerun by Axonista!

This week's Top Pick brings us the strange tale of the origins of television tape recording. Sticking with history, we have an article championing the benefits of VR museums. In gaming news, we have the NBA supporting fan-produced videos and The Guardian offers a great account of the ‘super fluid games industry.’ We look at how Netflix chooses great content and why Vine is on the decline. 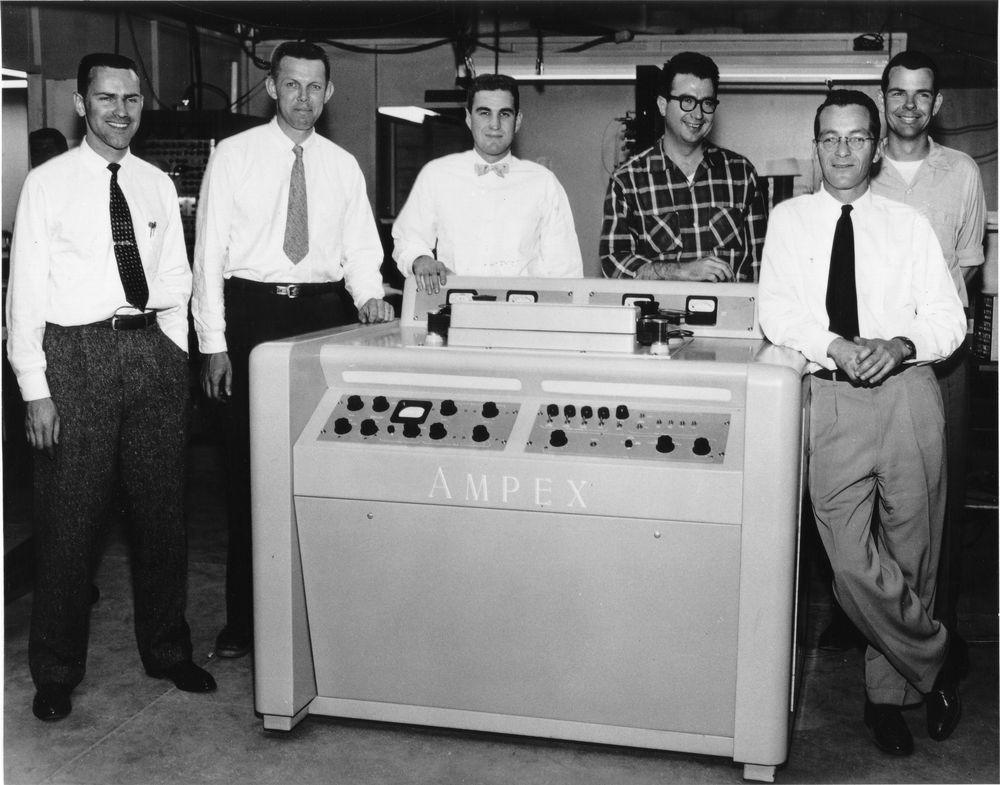 Tape recording was introduced 70 years ago this week

It was 2 am on a spring night in 1944 — May 14, to be exact. And thanks to the good fortune of suffering from insomnia, a curious observation by John T. "Jack" Mullin led to the introduction of tape recording and, by extension, the entire home media business.

We love Stewart Wolpin's fascinating account of the evolution of tape recording. From its top secret military origins, to its commercial applications, this story includes Bing Crosby, gigantic machines and a race to bring the new technology from radio to the screen.

The NBA has announced the Playmakers Network, essentially their own MCN. Fans and creators can apply to it and the NBA will supply them with footage, assets and other exclusive material to use in their videos. If the videos show promise then they'll be distributed through the NBA's social media channels, with the creators getting a cut of any ad revenue. It's a smart play.

In business decision making, data generally trumps gut instinct. In this interview with Fast Company, Netflix VP of original content Cindy Holland, shows how she uses her well trained instinct combined with viewer data to make decisions on which shows to greenlight for global audience appeal.

We definitely blend the art with the science. We have a lot of data that indicates what our members' interests are. We know that they have really diverse and eclectic tastes across a wide variety of programming, and it's not bound by geography.

The digital apocalypse: how the games industry is rising again

TV isn't the only media industry undergoing massive change, the video game industry in recent years is changing in almost every aspect. Consoles are adopting a faster, 'mobile-like' release cycle. Games are being released in episodes. Publishers are creating broadcast divisions for eSports and for TV & film adaptations of their blockbuster franchises. Studios from mid-size down are transforming into lean, distributed, remote, diverse and fluid teams.

There's innovation in advertising formats too. Players can watch an ad and get a small in-game reward. Not only does it give high completion rates on the ads, the game developers have already seen hugely increased session length and one developer 'Hipster Whale' announced it had made £3m through this model.

“It seems to be changing players perceptions of ads,” says Oscar Clark, a mobile industry veteran, now at Unity. “They’re no longer barriers but instead a way to get playing rewards for the game I’m currently playing. The focus is not grind ... its on the expectation of future value."

A couple of reports this week have claimed to show the beginnings of an exodus from Vine and declining engagement on the platform. One MCN Viral Nation says it has been encouraging its creators to transition their audiences to other networks like YouTube, Instagram and Facebook.

The reason for this they say is the perceived lack of innovation and analytics by Vine. Noah Mallin, head of social for agency MEC’s North America operations, is optimistic though.

“I think Twitter will more fully integrate Vine into the main Twitter experience much in the way it’s doing with Periscope and will also integrate the ability to monetize on Vine more fully with Twitter’s powerful ad offerings,” he said. “This will give influencers confidence that they should continue to devote resources to Vine.” 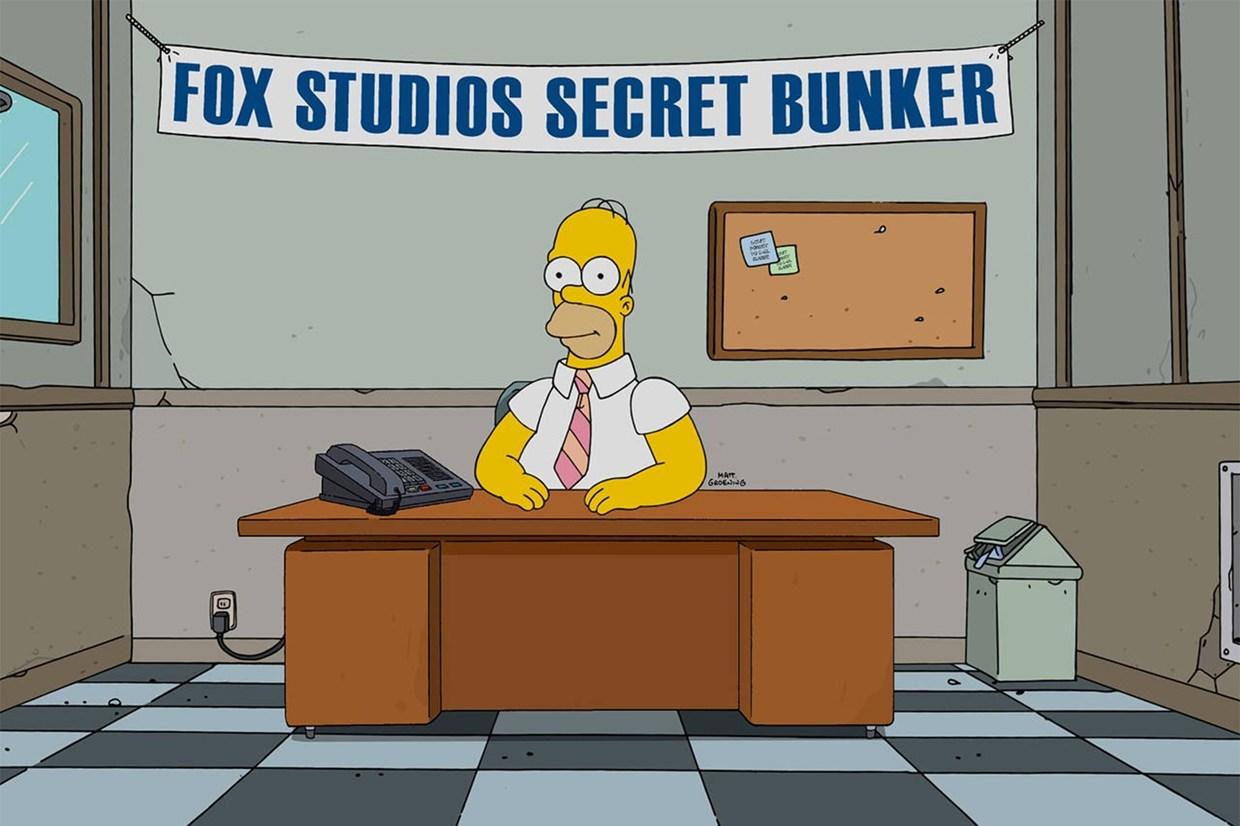 The Simpsons went live last night, here's what Homer had to say

In a first for The Simpsons, Homer was live on TV, interacting with viewers who phoned in to ask him questions ranging from his political leanings to his favourite job. The logistical difficulties of live animation—particularly around the syncing of live dialog with animated facial expressions—was evident but the programme makers quite cleverly deflected the viewer’s attention to other characters who popped into frame.

In an era dominated by CGI, motion graphics and VFX, the low-fi feeling of the Q&A with Homer was still a novelty. And while it may look low-fi, a new Abode After Effects tool called Character Animator.

Yet another first from Facebook. This time it's the first live action VR experience. Instead of going for experimental or action-intensive, the film situates the viewer in the centre of Grand Central Station to watch ordinary daily occurrences.

In terms of storytelling, it’s quite interesting but borrows heavily from the conventions of standard film. Dialogue directs attention and simple conversations draw your eye towards the characters as they say goodbyes, argue or joke around. The music soundtrack also introduces mood and sentiment and the final ’shot' offers a nice bird's eye view of the station.

As a showpiece, it’s ambitious and polished. But while it has received a lot of attention, it might set too high a bar for creators who are still experimenting with the form.

In an ideal world, the museum is imagined as the gateway to the past, transporting the contemporary person to the ancient and modern past. Great museums not only house important artefacts but provide the educational context for our history. Not-so-great museums don’t and often feel like large hardware stores or overcrowded junk shops.

For Adrian Hon, most of these problems can be solved by VR and he outlines how the VR museum could eliminate the problems of crowded exhibitions. Or it could provide much better context for artefacts- like playing musical instruments instead of keeping them silently off limits. We've also seen examples of VR used to create richer experiences with simulations like The Dali Museum's Dreams of Dali.

There is, of course, something special about experiencing the ‘unique’ artefact itself but for many the limits of geography mean this can’t happen. The VR museum might just be the solution for this.

Google's mobile VR efforts so far have been great in making VR more accessible to consumers and developers alike. But today the mobile VR landscape looks a bit like a wild west compared to the neatly packaged offerings from Oculus and HTC.

To combat this Google announced Daydream, their Android-powered VR platform. In order to be a part of it, developers and manufacturers have to meet a list of minimum specifications and requirements. The end result should be a much higher quality mobile VR experience for consumers, something that the Cardboard was just never going to deliver.

When Facebook's video feed froze, BuzzFeed had to direct viewers to YouTube to watch the live streamed interview with the US president.

And the problems weren't only technical. The camera position, at seat level, wasn't adjusted when the president stood up, so the interview ended with a mid shot of Obama's torso. But that wasn't Facebook's problem.

It's probably bad luck that these 'teething' problems were played out on such a high profile live video event and it will be interesting to see whether this has an impact on publishers' use of Facebook.