Happy Friday! Welcome to Issue 55 of Rerun, your weekly digest of digital storytelling, interactive media and the future of TV curated by Axonista.

At Axonista HQ this week, we've been very excited about the imminent arrival of our new Rift device, so in anticipation of that, this week’s Top Pick is an Oculus Rift review by the Verge. We also loved Wired's behind-the-scenes feature on how Oculus cracked VR design.

We also take a look at how Facebook, Snapchat and Twitter are lining up as contenders for the future of live TV.

Don't worry folks, we don't have any April Fools' jokes in store. We did however enjoy this one by Google Cardboard.

The Oculus Rift finally shipped to consumers on Monday, marking the proper beginning of high-end VR. Our favourite review came from the team at The Verge. Rather than focus on technical specs or laboriously explain what VR even is, they wrote their review more along the lines of "what exactly does this strange new device bring to my life"?

Performance-wise it's smooth and feels natural. Any motion sickness is now the fault of the app designers rather than the technology. The reviewer comments on how comfortable and wearable the device actually is.

That said, having two screens beaming into your eyes from close range does cause fatigue, and VR is so immersive that you can find yourself sitting still for hours on end, which causes yet more fatigue.

But we think the problems that come as a result of not being able to tear yourself away from the Rift are good problems for Oculus to have. 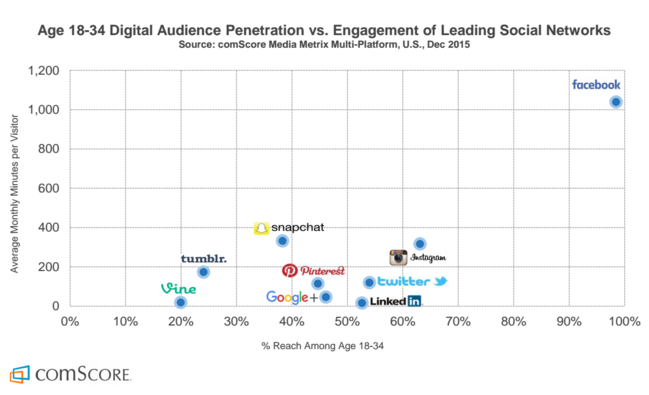 Watch out TV networks, Facebook is getting super serious about the future of live TV.

The social network, in partnership with several publishers, has developed equipment that will allow publishers to broadcast high-quality live videos.

Facebook has been busy - assembling a global talent team, and possibly bidding for live sports rights. With a massive ready made audience, and deep deep pockets, the signs all point to a serious bid for the future of TV.

However, great TV is all about the execution, and live TV shows on Facebook still have some work to do in this regard.

Would you pay a $30 to watch 4K Sony films in your living room? How about $50 for films just released in theatres? Sony and Screening Room- the streaming service founded by Sean Parker of Napster fame- are betting on it.

Sony has launched a 4K movie streaming service to incentivise purchases of its 4K TVs. But with no option to rent and purchase prices at $30 it may too hefty a price for consumers. Screening Room, although even pricier at $50 a movie, offers a 48 hour window on movies currently in cinemas. With support from the major studios and directors such as JJ Abrams and Steven Spielberg, this is one service to keep an eye on.

Periscope, which has just turned 1 year old, is bringing the fight to Facebook in live video streaming. Its userbase currently consumes 110 years of video every day. With strong backing from Twitter, it will be interesting to see how the next 12 months plays out.

“We’re not really fazed by the fact that now suddenly everyone thinks that livestreaming is an interesting industry,” Beykpour said. “We were thinking about this before it was super interesting to the big players so the fact that Facebook, the 800-pound gorilla, woke up one day and decided that live was interesting is very flattering for us.”

Snapchat is the new Reality TV

Did you guys see the Easter episode of Keeping Up with the Kardashians this weekend? No, not the one that aired on E! The one on Snapchat.

There was a big update to Snapchat during the week, with a heap of clever new chat features added. But there was a subtle change elsewhere in the app that didn't receive much press attention; the fact that stories now autoplay in your feed, essentially turning it into one big playlist. Or as Brian Kenny points out it's turned your Snapchat feed into a TV channel.

We think this will result in a lot more video being watched in Snapchat, and broadcasters like Comedy Central who are expanding in Snapchat are going to be very excited.

As the most popular social platforms put added focus on video content, Digiday caught up with some publishers to find out how, if at all, they're adapting. There were a couple of themes running through the answers, namely that publishers are bringing their social and video teams very close together, and that in the future there will need to be new training and jobs centered around live video.

It’s hardly news that traditional news organisations and publishers are feeling the pinch, but they are finding ways of increasing their content catalogues by forming deals with brands. Reuters, the news provider, has secured a deal with Red Bull Media House that will give over 3,000 Reuters subscribers access to Red Bull content.

The deal is a great benefit to both parties, with Red Bull gaining access to a large pool of media outlets that source their news from Reuters, and Reuters getting news about newer and niche sports.

Delicious fear pellets await you in the halls of VR

Imagine this: you are in a glowing blue corridor. You can only imagine the twists and turns that lie ahead. You hear something in the distance, it is faint but getting closer. At first it’s just one sound, like a fire alarm. Then it is two. Then it is four. You learn against the blue wall and wait.

Fear is one emotion that VR could be very, very good at producing. Although we've seen a few VR horrors in recent weeks, it's possible that even the most ordinary games such as Pac-Man or Tetris could become agents of fear. This article eloquently describes the possible wonderfully frightful experiences ahead if we see our favourite classic games in VR.

For now, though, there’s just Day One. No more perfect demos, no more tech support—just users, in their homes, connecting the Rift to what might be the first PC they’ve ever owned.

Oculus inventor Palmer Luckey is obsessive about the "first-run" experience of the Oculus Rift, and that obsession carries down through the army of designers and engineers involved in creating the version that released to consumers earlier this week.

Apple used to be the name synonymous with a laser-like focus on quality and user experience, but Oculus have grabbed that crown and ran with it. And they had to, because the Rift is a much more intimate and personal device than a phone or a watch. You wear it on your face, for hours, and it transports you to another reality. This article by Wired is a fascinating behind-the-scenes read into how the team at Oculus accomplished a mission impossible.

Google really wants more companies using and more people viewing Google Cardboard. So much so that it’s making it easy for to develop VR apps for its rival Apple. In both a clever and generous move, Google released its Cardboard SDK for iOS. Google’s ultimate ambition here is to help brands and businesses to more easy put VR content on their websites. By engaging with Apple, it all but guarantees VR ubiquity given the dominance of iPhones in the mobile market.

This cute 'choose your own adventure' style animation by Interlude and Blind design studios is set to Jeff Buckley's cover version of the Bob Dylan classic "Just Like a Woman".

The video can be played out in a number of ways by clicking on individual cells to change the storyline and musical arrangement as it progresses resulting in make the little animated couple either loved up or heartbroken.