Happy Friday! Welcome to Issue 37 of Rerun, your weekly digest of digital storytelling, interactive media and the future of TV curated by Axonista.

In this week's Top Pick, Rerun's own Claire McHugh looks at the (almost) lost art of the TV scheduler, and how applying these skills to OTT will help solve content discovery problems. We also have a viral YouTube video that claims Facebook are 'stealing billions of views'; the growing scepticism within the advertising industry towards online advertising; Eurosport's rebranding and repositioning; how smartphones are helping democratise TV; design tips for the Apple TV; the New York Times VR; real VR boxing, and even more!

On Human Curation: Algorithms are clever, but they don’t care how we feel (yet)

As the TV landscape gets increasingly fragmented, the key element that has remained unchanged since moving pictures started beaming into our living rooms, is story. With new technology comes lots of interesting new ways to tell stories, from user generated content through to platform tailored news and interactive TV, this is still a huge area of development. Rerun's own Claire McHugh looks at the (almost) lost art of the TV scheduler, and how applying these skills to OTT will help solve content discovery problems. 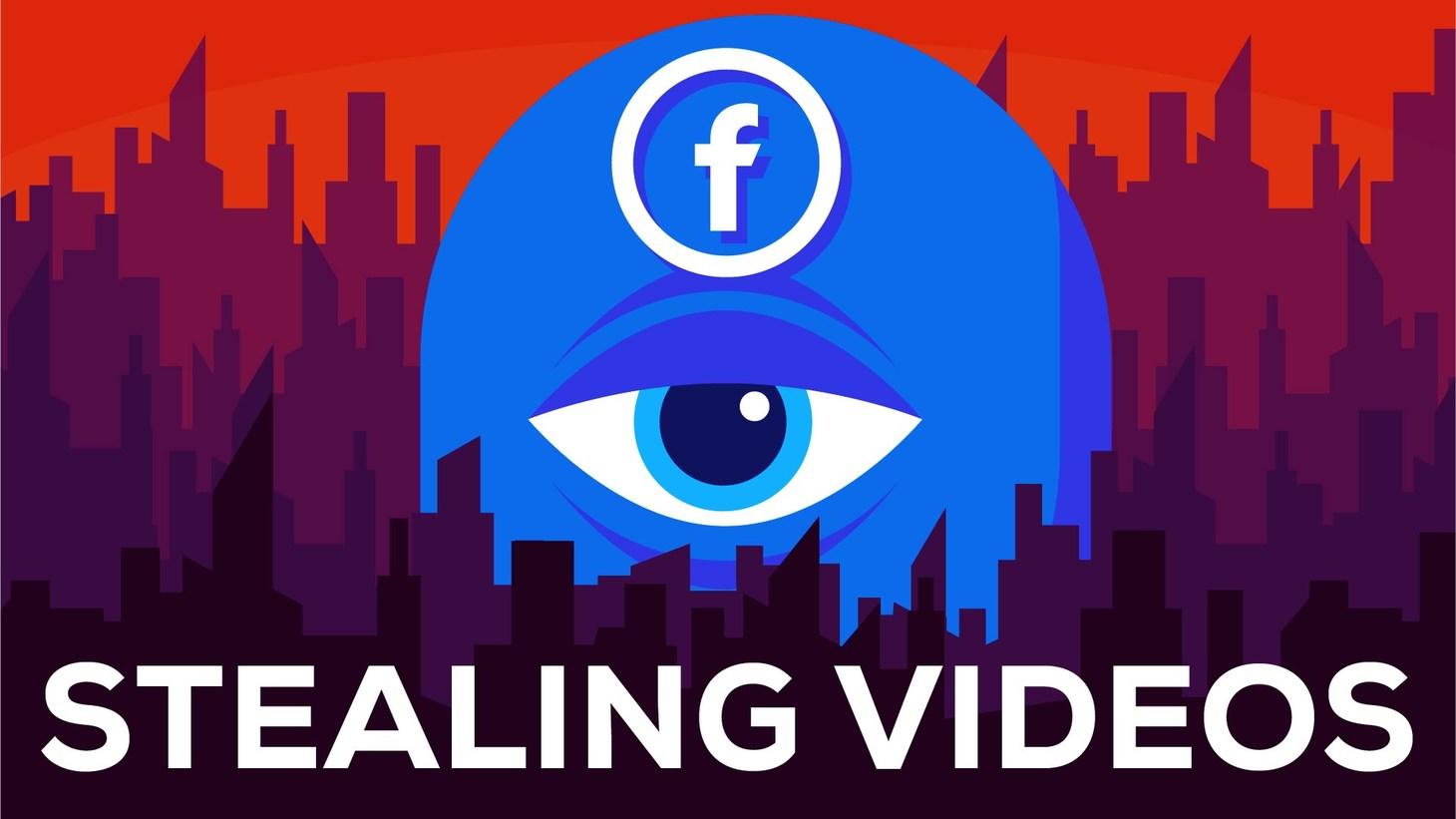 YouTube creators are annoyed that their content gets reuploaded to Facebook and they don't get any renumeration, that Facebook is weighted to favour these "stolen" videos over the original YouTube source, and that reporting copyright infringement takes far too long. It's not the first time these issues have come into the spotlight, and in the past year Facebook have issued responses saying that they "absolutely do care" and take IP rights "very seriously."

Some of the points mentioned in the video:

In the first quarter of 2015, 725 of the 1,000 most-viewed videos on Facebook were "stolen" from the original content creators and re-uploaded to Facebook's native video player.

The video says "freebooting," the stealing of videos is happening more and more often. It's bad for content creators as they receive next to no exposure or revenue for their videos at all — "only the thief and Facebook profit."

The internet advertising industry's standard for a viewable video impression is that at least 50% of the video is in-view for 2 consecutive seconds or more — so Facebook is actually ahead of the industry, by one second at least.)

How the Mad Men lost the plot

The arrival of Facebook and Twitter appeared to threaten the advertising industry’s very existence. So what happened next?

This is a very interesting read on the growing cynicism within the advertising industry towards digital marketing, the reasons why algorithmically targeted marketing is not all that great (you don't increase market share by advertising to customers you already have), and how TV ads remain as powerful and important as ever.

How do you get into your customer's head? You do it through emotional stories that connect and resonate with them. Video is the best medium for this, hence the current moves by big digital brands towards video and TV, both for advertising and for content.

At the risk of being labelled Luddite, they suggested that although the internet has changed how the game is played, it has not changed its fundamental rules: mass marketing works; fame works; emotion works — and “legacy media”, especially TV, still do all of this better than the new.

A senior marketer at the drinks company Diageo put it to me bluntly. “After 10 or 15 years of f***ing around with digital we’ve realised that people don’t want to ‘engage’ with brands, because they don’t care about them.’

They found that “the most effective advertisements of all [UK campaigns of the past 30 years] are those with little or no rational content”, and that TV is the emotional medium par excellence. An online banner ad, however smartly targeted, is unlikely to make anyone grin, gasp or weep.

Eurosport drops 'ring of stars' from logo in dramatic rebrand

US giant Discovery is “heralding a new era” with the makeover to shed the “baggage” of the old Eurosport. - Peter Hutton, Chief Executive, Eurosport

Discovery has brought in a sea of change, as the new owner of Eurosport, with a new logo, a rights push for exclusive sports content, and improvements to production quality, with the aim of breathing new life into the sports channel. The channel comes with the stigma of airing mediocre content as a pay TV channel but Discovery acquired the “jewels in the crown” of sports content - the Olympics - to give the audience a reason to return.

On the subject of the Premier League, it seems that Chief Executive Hatton is wise to the potential perils of the golden goose.

There are [perhaps] some battles that are not worth winning,” he says diplomatically.

'If you have a phone, you have an opportunity': Digital video is making Hollywood less white

Digital video is revolutionizing the entertainment industry in its disruption of traditional media, bringing about social change in equality across culture, race and gender.

In May 2012, Beatriz Acevedo and fellow veteran TV executives Roy Burstin and Doug Greiff teamed up to launch MiTú, a YouTube network focused on Latino millennials. The team discovered an opportunity to represent Latinos in the media online. As Acevedo explains, they wanted "to see ourselves as ourselves", rather than as stereotypes in traditional media. MiTú's research revealed that Latinos were 'smartphone-dependent' - their phones were their primary means to access the internet - and the team investigated the best place to target their audience online.

Now, if you have a phone, you have an opportunity.” - _Beatriz Acevedo, President & Co-founder, MiTú

Take a look at the state of the platform, and you’ll see that most of the tvOS App Store consists of poorly transplanted iOS apps that have no idea what to do on the big screen.

If you're at all interested in the Apple TV (and if you're reading this you should be!) this is a fantastic read on designing for it, written by the maker of "Sing! Karaoke", a karaoke game singled out as one of the best apps currently available on the platform. He makes many great points and illustrates how the Apple TV is fundamentally different from mobile devices; it's simple, theatrical, and uniquely social.

VR to drag medical training "out of the 18th century"

Steve Dann, co founder of Medial Realities tells us how VR technology is advancing within the health industry and having a drastic impact for trainee surgeons in the operating theatre.

Medial Realities are waiting for VR technology to advance to the point that allows users to touch and feel and also allows trainee surgeons to experience simulated situations to prepare for real life. This proposal for future learning may reduce costs in training and save millions of lives.

The New York Times sent 1.3 million subscribers to the Sunday print edition a Google Cardboard VR headset in the post, as part of the Times’ rollout of its own VR content.

Mark Wohlsen comments on what he deems, the genius of the New York Times to capture the next (audience) generation's attention and alter their expectation of technology.

The parental subscribers' first reaction was to put the headset on their child's head, which evoked an emotional response from the adults as they witnessed their kid's first experience of VR. Wohlsen explains that while the child may have been excited in the moment by the experience, this has paved the way for such technology to seem 'normal' to this budding generation. A technology that once seemed remote to our generation is suddenly mainstream and available at little cost.

I believe we had a collective sense that our kids were experiencing something meaningfully new—not just an encounter with a new technology, but with a new way of relating to technology. - Marcus Wohlsen, Wired

Researchers at Human-Computer Interaction (HCI) labs in Germany have created a working prototype called “Impacto” which stimulates contact and allows users to feel objects within VR.

They demonstrate this within a boxing game and through muscle stimulation it creates a sensation of pushing to simulate the impact from blocking a punch. There is also potential for "Impacto" modules to be combined to make some sort of suit to give users multiple contact points and become completely immersed. 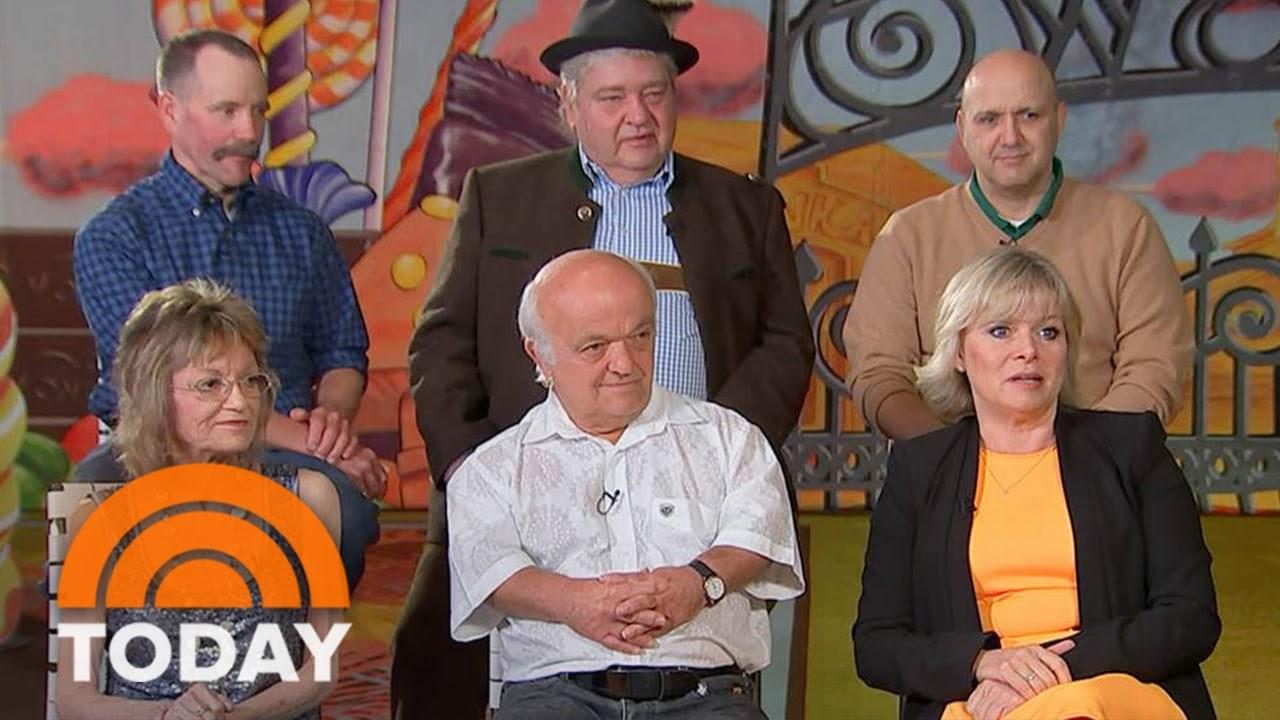 It's been 44 years since Wonkavision first hit our screens!

To celebrate, the cast reunited for this interview with NBC's Today show. They discuss what it was like to work with Gene Wilder, and to grow up being a part of pop culture. And they tell us what the chocolate river was really made of. #spoileralert