Happy Friday! Welcome to Issue 36 of Rerun, your weekly digest of digital storytelling, interactive media and the future of TV curated by Axonista.

This week's Top Pick is an eye-opening feature by The Drum's Tony Connelly, interviewing the makers and marketers of VR content for sports advertising.

We also have Siri, the TV Guide of the future; Reed Hastings confident as ever about Netflix's future; VICE launching a cable channel; this history of social TV; YouTube making all their videos watching in VR, and much more!

How VR in sports advertising could change the creative industry

If fans can engage and communicate via VR in sport every Saturday, it will make a lot of other interactions feel two-dimensional and static - Omaid Hiwaizi, President of Global Marketing, Blippar

The Drum's Tony Connelly interviews the makers and marketers of VR content for sports advertising. The consensus is that VR is here to stay, brands are merely waiting for the hardware to reach consumers. Paul McCormick, associate director of Pitch, suggests that the VR experience will become an addiction - sports fans will become adrenaline junkies for the closeness to the action and their favourite athletes, and brands will have to push innovation in the creation of engaging experiences for a content-thirsty audience.

People want to feel closer to the action. The integration of technology... has allowed fans to feel the adrenaline of their heroes - Paul McCormick, Pitch

We're starting to see brands invest heavily in the creation of immersive experiences for sports fans. The Rugby World Cup used a number of VR and AR experiences to engage with fans, such as O2's Wear the Rose VR ad for Oculus, New Zealand sponsor AIG turned to VR to bring fans up close to the performance of the haka, #Haka360 and all 2.4 million tickets featured AR behind-the-scenes material, designed to bring the experience alive for fans.

In football, Manchester City introduced a 360-degree camera in the Etihad Stadium’s tunnel, which provides fans with behind the scenes footage of the players during match days.

And in racing, Mountain Dew put fans in the passenger seat with Nascar driver Dale Earnhardt Jr as he hits speeds of up to 100 mph.

VR... will benefit the brands because "these experiences when viewed in a VR headset create deeper connections, and form stronger memories and associations towards the content." - Solomon Rodgers, Managing Director, Rewind 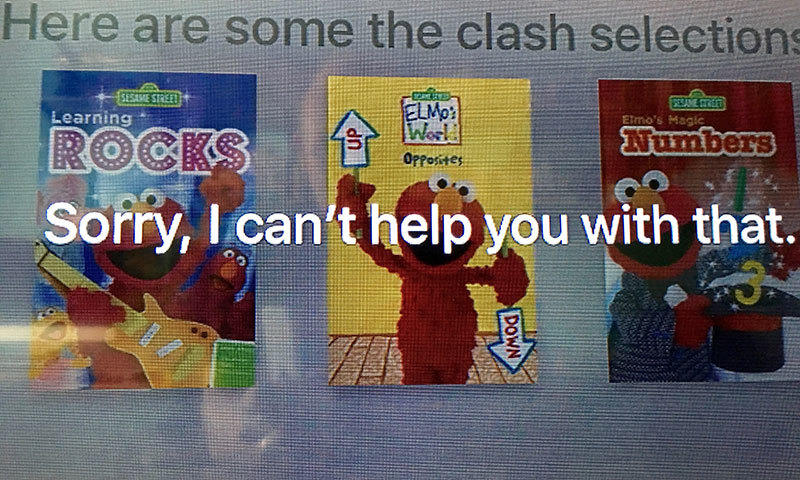 Siri, Apple TV and the future of discovery

As has been noted a few times already, one of Apple TV's biggest challenges is discovery. Peter Kafka makes a good case for Siri becoming a primary discovery mechanism, in the absence of a straightforward method to enter text. What interests us at Rerun, is how Siri will improve as a recommendation tool, rather than a simple (albeit impressive) search tool.

Apple's commitment to privacy may lead it to rely more on human curation (à la Apple Music) than an overall knowledge of each user's taste from their activities. This distinction is in stark contrast to Google's approach with Google Now, and we're fascinated to see what combination of approaches will win out in the future.

In a week where Time Warner CEO, Jeff Bewkes, indicated to investors that it is considering holding back shows from Netflix and other SVOD services, in order to keep more viewers to itself, Reed Hastings gave him a few tips on how he would better compete with Netflix if the roles were reversed.

I would invest more in TV Everywhere. Jeff Bewkes pioneered that idea, seven, maybe eight years ago, and has been trying to drive it. The challenge in the industry is that it’s very fragmented between the cable networks and the distributors, and so it’s really tough to work well together, to extend the ecosystem.

Today VICE officially revealed that it’s partnering with A+E Networks to launch its own cable channel, VICELAND, in early 2016. The company says the channel will reach around 70 million homes.

VICE has come a long way from its beginnings as a free print magazine. Not content to settle for being one of the top producers of original video content online, they're now setting their sights on cable TV with their first channel called VICELAND. It's the first step in what they call "our global roll-out of networks around the world".

Watch this space, because we suspect they won't be the only 'new media' company to make a move into 'old media'.

"Where are we now?" is a planned series discussing the history of social TV with the people who were there. This first entry features a discussion between Alan Wolk and Alex Nagler about the history of the space, check-in apps, Twitter’s place in real-time social TV and the problems it currently faces. 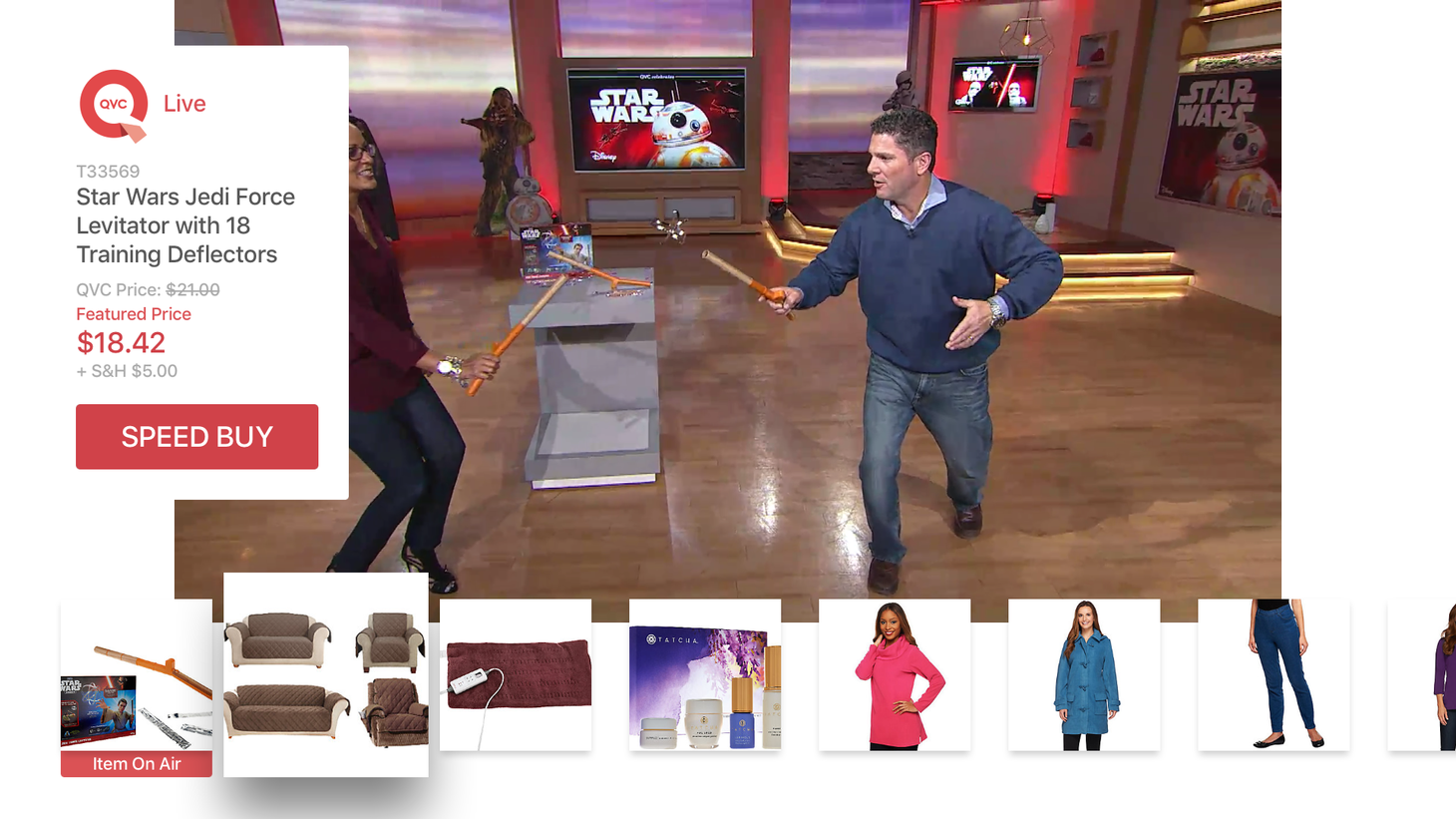 A weekend with the new Apple TV

Engadget's Devindra Hardawar reviews the newly updated Apple TV with the overall opinion that it "was worth the wait – though there are still plenty of issues to iron out." The Rerun team agrees. It's a classic Apple strategy to focus on fewer, well-executed features, on an initial product launch and then roll out missing elements later.

In his review, Hardawar makes specific mention to the QVC app, backing up Nilay Patel's callout in the Verge, that we were so chuffed about in last week's issue.

The new QVC app is one of the best examples of what developers can do with tvOS: It shows off live TV feeds, along with options to buy products right from the Apple TV. Late-night shopping just got a bit more dangerous.

Variety's Nick Vivarelli interviews Doctor Who's showrunner, writer and producer Steven Moffat about what it's like creating a show that is to be enjoyed by an audience of 'the entire human race', including 5 year olds.

My children don’t think in terms of schedule on television at all, even with “Doctor Who,” which their dad makes. To the next generation, they no longer watch television when they are supposed to any more than they would allow the bookcase to tell them when they can read. Steven Moffat

YouTube’s grand plan to make VR accessible to everybody

At launch, they are showcasing videos they have made themselves using their Jump technology, a technology that they are making available to content owners and advertisers, to grow the 360-degree VR video library. Their goal is to “democratize virtual reality". Davey Alba, from Wired, interviews Husain Bengali, a product manager at Jump, to find out more about YouTube's grand vision. 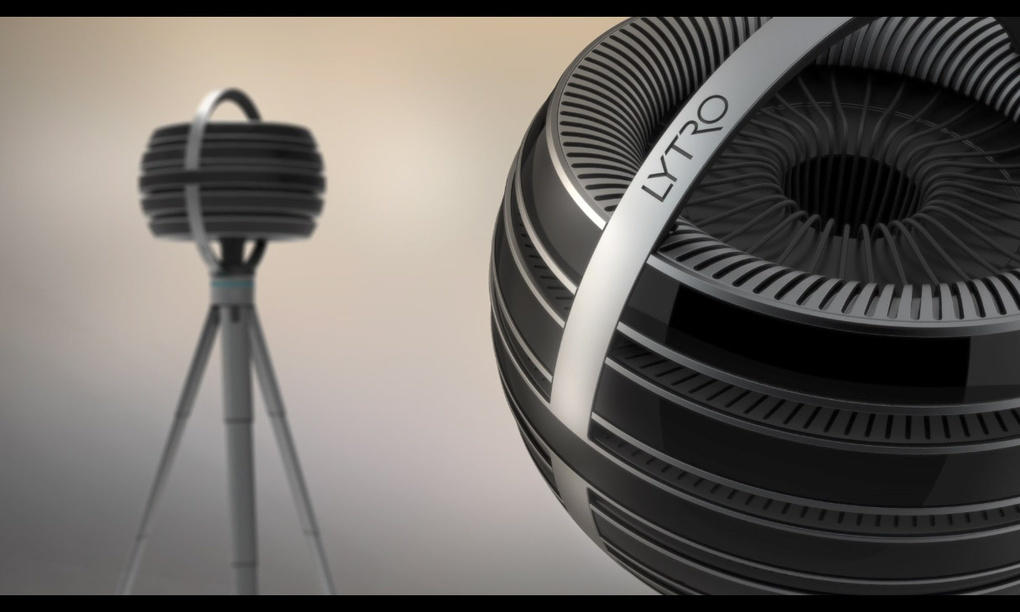 Imagine you could shoot, or open a video, put on a VR headset and then move around inside the video. It's the kind of futuristic experience that Mark Zuckerberg thinks will be the future of social media, but Lytro have already been working on making it a reality. Their game-changing Immerge system lets you record truly 3D videos through a load of incredible technology that we can't quite get our heads around. It's about as close as you can get to capturing reality, we can't wait to get our hands on some demo videos!

Medium is like an awesome MS Paint for the Oculus Rift

Medium is Oculus's creation platform, it is digital clay, and we're building it for everyone - Brian, Oculus

Medium is an exciting tool for creatives, animators and craftspeople to enter the third dimension, using the company's Touch motion controllers. The Touch controller has two triggers - the first tool produces strings of clay and then the user manoeuvres the second trigger to grab and move the pieces, as though sculpting with clay.

Channeling our inner Michelangelo in anticipation of a demo!

Undoubtedly the best use of Touch I've seen so far, precise and immediately understandable. Consumer VR has yet to prove it can be a creation platform as well as an entertainment system, but Medium pushes that dream a little closer. - Adi Robertson, The Verge