Happy Friday! Welcome to Issue 32 of Rerun, your weekly digest of digital storytelling, interactive media and the future of TV curated by Axonista.

This week's Top Pick we have Facebook's renewed bid to become the second screen of choice, with the release of three game-changing tools for broadcasters. In addition to this they also announced reactions, which is the 'like' button upgrade we've all been crying out for!

In other news, Twitter announced Moments, which is part magazine and part curated timelines. Roku announced the Roku 4, AOL goes all-in for data-driven TV advertising, the X-Files made its long-awaited return and VR is going to space! We also look at an AR colouring book by Disney, a VR marriage proposal and much more! Let's get straight to it!

Facebook has launched 3 new audience engagement tools for broadcasters, in a renewed bid to be the second screen of choice for social TV viewers.

There's nothing new about the concepts. We've had live polls, hashtag voting and checking in to TV shows for a few years now, but in disparate social TV and broadcaster-led apps, rather than in one centralised place with a captive audience. Because the viewer interactions are simple one tap movements without much brainwork required to complete, they will provide quick 'finger on the pulse' feedback for mainstream TV show audiences. Facebook's new reactions feature, currently being trialled in the Irish and Spanish markets, could provide an additional level of sentiment analysis, something which has been difficult to achieve on more wordy platforms like Twitter.

Show runners will be able to engage audiences quickly during live events on Facebook, and ultimately use that feedback in the live show. This is a big move by Facebook against rival Twitter in the battle to lead mass audience engagement.

We'll be watching out for Facebook's next move into TV.

Voice search, device wide search, instant replay ... Roku has been quietly innovating in the OTT space for some time now. The new Roku 4 device supports 4K video and also makes it really easy to find, grouping it together in its curated 4K Spotlight channel.

We're most excited about its new software update, which contains another awesome solution for content discovery. The Roku Feed feature lets viewers bookmark movies and TV shows, and get notified when they’re available for streaming. We love this feature!

'A different ballgame': AOL dishes on plans for Verizon's and Microsoft's data

The future of TV advertising is data driven. AOL is well positioned to lead this. It will leverage Verizon and Microsoft's existing customer relationships to reach up to 500 million users with a data rich cross platform offering for its advertising partners.

Verizon bought AOL earlier this year for $4.4 billion, and one of the most important steps of the merger is to combine the ad technology of both platforms.

Disney's latest research project is a work of magic! They have created an augmented reality colouring book, where you can watch the 2D character on paper come to life in 3D on your iPad screen.

The objective is to bring back the colouring book, in an age of gadgets and screens, to woo the new generation with an analogue and digital mashup! While the child colours on paper, the iPad is held over the paper to capture the action. The app is synthesised in realtime to replicate the texturing from paper to screen, and includes a virtual spring system to animate the character.

Rerun can't wait for Disney to make this augmented reality a reality! For the kids of course...

For many people still, using Twitter feels like arriving midway through a conversation. The timeline feels chaotic—hashtags a puzzle. Twitter know this, and the stock market knows it; growth has slowed.

Their answer to this is Moments, their biggest new feature ever. Moments is essentially curated magazine-like batches of content pulled from Twitter, Vine and Periscope, that can be shared in just the same way as a normal tweet. It's a way for Twitter to enable actual crafted storytelling. While the Twitter timeline won't be going anywhere, look for Moments slap bang in the middle of the tab bar in the Twitter app soon.

No doubt the early Moments will be centered around current events, news, sports and entertainment, as these are Twitter's strengths, but we're eager to see what kind of stories people will tell with this new feature.

Rerun was lucky enough to be present at the packed MIPCOM auditorium for the X-Files world premiere screening this week which was followed by an interview with series creator Chris Carter.

On arrival, we were greeted by security in FBI jackets and sunglasses who warned us not to take any recordings, of any kind, so without spilling the beans, here's what we learned.

The new 6 part mini-series will hit our screens early next year and is set in the present day. It will feature a mix of mythology and 'Monster of the Week' episodes. If the first episode was an indication of what's to come, we can expect fast paced, action-packed storytelling with lots of little nods to the original series peppered throughout.

One thing that hasn't changed since 1993, much to the delight of the audience at MIPCOM, is the opening credits.

'We thought about doing some changes to the original credits, but then it seemed like sacrilege. Those credits were on 202 episodes. They belong on these next six'. - Chris Carter

Valve employees had the chance to experiment with the new HTC Vive headset, before it hit the stores, and one developer took the opportunity to propose to his beloved... with a virtual ring. The proposal took place in the Vive testing room where a HTC Vive controller showed a virtual diamond ring. In the real world, her soon-to-be fiancé was on one knee with a very real engagement ring!

And so the trend to share and experience real life intimate moments in virtual reality begins. Mark Zuckerberg intends to document and share his baby's first steps in VR, so that friends and family will "be able to capture not just a photo but (to) really capture the experience".

Be An Astronaut : Virtual Reality Cameras in Space

The Kickstarter-funded company are sending cameras to space, so that everyone has the opportunity to experience the universe in virtual reality. Using 3D and 360-degree cameras, Space VR will livestream footage from the International Space Station’s Cupola observatory module back to earth.

See you on the moon! 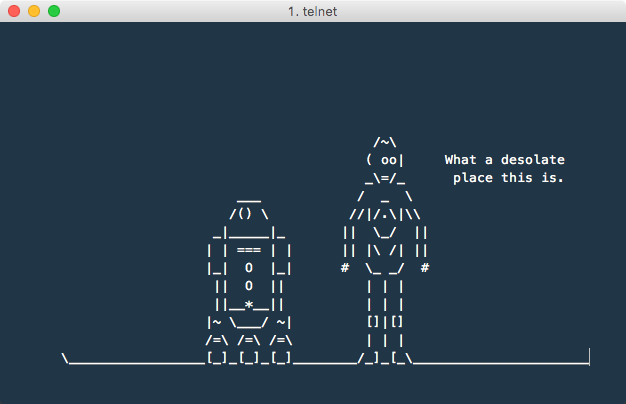 This is one for the true nerds, the entirety of Star Wars Episode IV recreated in ASCII text! Anything to help bridge the gap to Episode VII!