This week we take a look at the new episode of 'Over The Top' from VideoInk who are joined by Kathleen Barrett from Vimeo. Youtube aim to crack down on bizarre videos targeting children, Disney's streaming service has won before it even launches, and Netflix know some crazy statistics about their users plus lots more!

Final reminder of our fantastic competition for tickets to this year's TV of Tomorrow show in New York!

Vimeo's GM of OTT Services, Kathleen Barrett joined Dermot and Jocelyn in the third episode of Over The Top. In this episode Kathleen discusses the role Vimeo is playing in enabling creators with their latest creator tools.

'It's not just about having the content, you also have to have the business chops. People that are successful at OTT channels know how to run a business, how to market, how to produce content at a certain pace. That's definitely a requirement.'

In this episode, there are some big bold statements, discussions on how creators need to market and predictions for 2018.

YouTube says it will crack down on bizarre videos targeting children

YouTube has announced new policies aimed at preventing disturbing content from appearing in the YouTube Kids app. This involves a set of algorithmic filters that will flag content and a team of 1000s of people working around the clock to review the flagged content. YouTube has said these new policies have been in the works for months and are unrelated to recent reports like this one by the NYT.

There is a place, the company is arguing, for satire about Peppa Pig drinking bleach, however distasteful you might find it. But YouTube is acknowledging that YouTube Kids requires even more moderation. And, the company is willing to forgo additional ad revenue — and there is a lot of money flowing through this segment of the industry — if that’s what it takes to ensure YouTube Kids feels like a safe experience for families. 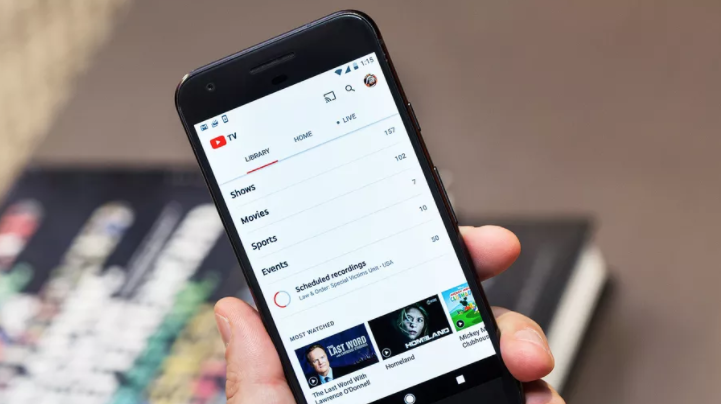 YouTube creators are frustrated that a bot keeps demonetizing their videos

Over the past few weeks YouTube seems to be demonetising or limiting ads on videos about the new iPhone X. It is reported that a bug is changing the green flag status of some videos to a yellow icon, which designates the content as ad-limited. This latest issue comes as part of a string of recent problems with ad revenue and algorithms on YouTube. It's head of gaming Ryan Wyatt has detailed the company is examining different ways to help creators monetise their videos without ads.

But in the meantime, ad revenue is still the major source of income for many YouTubers. At Rerun, Given this latest issue affected high profile YouTubers such as Neistat and MKBHD, we think that YouTube need to reduce the occurrence of such problems. The demand for video content with development of new platforms and outlets gives high profile YouTubers more opinions for content publication than ever before.

How Crunchyroll is helping build a bundle for niche streaming channels

Vrv is one of the first digital bundles for niche streaming services. It contains 10 channels that focus on niche but passionate communities, with the flagship channel being Crunchyroll. It also includes Rooster Teeth’s First, cable network AMC’s horror channel Shudder and movie studio Legendary’s two digital publishers Nerdist and Geek & Sundry. Viewers can pay a flat rate for the entire bundle, or for individual channels. There's also a free ad-supported tier.

“We think there’s an opportunity to deliver the best of both worlds: the aggregation of a Netflix-type of experience, but also ensure that the partner brands stand on solid footing and would not be lost in the experience. If the only things that are left are Netflix, Hulu and Matter, the industry has lost something. Crunchyroll, Rooster Teeth, Shudder — these brands matter to some people.” - Arlen Marmel, Vrv GM

It seems that more and more people are watching video on the road. Netflix have completed a survey into their customer's viewing habits, they've discovered that 67 percent of Americans now watch their service out in the world. Just last year Netflix added a feature for downloading video to devices for offline viewing, something that's undoubtedly increased the amount of video people are watching on the move. Smartphones have changed our idea of where public spaces end and personal spaces begin, and with that in mind — the survey has yielded some interesting results.

Hold onto your doggy ears, Snapchat users. Things are about to get interesting.

Snapchat is going through major changes. Strategy, design, and the philosophy of both their product and business are on the table. Creators and influencers may now be able to make money. Users outside of North America and Europe will play more of a role. Oh, and the product may even become usable for non-teens, opening up a new world for aging millennials and grandmas alike.

These changes mark a full 180 degree shift from Snapchat as we know it. I'm not sure we'll recognize what comes out the other side. And will we recognize grandma with the senior citizen filter? So many questions.

Snap Inc has had major difficulty competing with Facebook, Instagram, WhatsApp. Growth is crawling, revenue is falling, and their spectacle flop left them with $40 million of unsold product. All this points to the need to change, but it may cost Snapchat its future.

We recently featured the news of Pixar creating their first VR project a few weeks ago.

Coco VR is now available for free on the Oculus Rift, and a stripped-down version — featuring less content and none of the Rift’s precise hand tracking — is coming to Gear VR when the film premieres next week. You can go through Coco VR alone, but Oculus and Pixar are promoting it as a social space, where up to four players can hang out together.You can try on glasses and mustaches in a VR photo booth, or talk to each other while tossing your skull heads around, literally throwing your voice in the process.