This week we have a look at the technology powering Netflix's video experience. Could 2018 be the breakthrough year for OTT? Steven Soderbergh's new app Mosaic, will change how you watch TV.

Make sure to share our fantastic competition for tickets to this year's TV of Tomorrow show in New York as the closing date is getting close!

'Are there too many TV programs to choose from, that it’s hard to know where to start?'

A survey conducted by Hub Entertainment Research, on 2,214 U.S. consumers between the ages of 16-74 who watch at least five hours of TV per week and have broadband connections, asked this very question. The survey found that nearly half of respondents either strongly agreed or somewhat agreed.

The golden age of content has created a wealth of water cooler shows that are seeking audience attention all at once. At Rerun we wonder if audiences are starting to become fatigued with too much new high quality content; and could this be a problem for content providers?

We think this might be the case when it comes to series recommissions; take for example Netflix's The Get Down directed by Baz Luhrmann. The show received favourable reviews, but seemingly was not an instant binge worthy series. Netflix announced after its release that they would not be renewing the show for another season. At Rerun we wonder if the show was a casualty of content fatigue; and that audiences inundated with new shows simply hadn't got around to watching it yet.

How Netflix works: the (hugely simplified) complex stuff that happens every time you hit Play

APIs, microservices and algorithms, Oh my!

A great behind the scenes look at the scale of the technology infrastructure that powers Netflix, and its hugely reliable viewing experience. Video engineers, take note! This post also covers the fun challenges of digital rights management and content delivery. A clear argument for why you should let experienced technology specialists look after this for you, when building a Netflix of your own - Ahem!

What isn’t as simple is what goes into running Netflix, a service that streams around 250 million hours of video per day to around 98 million paying subscribers in 190 countries.

Could 2018 Be The Year Of The OTT Breakthrough?

2018 feels like a tipping point. Every major television company will have a dedicated streaming service by the end of next year, while the powerful technology trio of Google, Amazon and Netflix continue to invest and expand their subscription video offerings.

At Rerun, we view OTT as the most exciting transformation of the delivery mechanism of TV in our lifetimes. The ability to provide niche interest video products at a global scale means huge opportunity to deliver meaningful, engaging commercials alongside them.

Rupert Murdoch's media empire may not last his lifetime

The media tycoon has started talks with Disney to sell off a sizeable chunk of his empire. The talks are said to have failed over price. But now Murdoch's position as a seller has been announced to the world, and will allow other bidders to circle.

In the talks, 21st Century Fox were offering Disney the bulk of its business – the movie studio, TV production and the international operations including the 39% stake in Sky in the UK. All that would remain would be Fox’s broadcast network and its news and sports assets in the US. A substantial operation, but not the stuff of empires.

Netflix and Amazon are changing viewing habits with their direct-to-consumer models. Disney will see an opportunity to slam Fox’s film and TV assets into its own ESPN operation to take on Netflix with a new streaming service. But the same strategy wouldn’t work in reverse: Fox is too small to bulk up now.

Snap disappointed its investors on Tuesday with its Q3 financial results, reporting fewer users and less revenue than analysts had expected. It was also clear that, by commercial metrics, Snap's Spectacles line has so far been a flop, although arguably successful on the marketing and brand awareness side.

CEO Evan Spiegel delivered this news with the announcement that Snapchat would be getting a redesign in order to make it easier to use for most people. Details are scant but Business Insider cites anonymous sources as saying the app will still open to the camera, while all publisher content will be in a personalised section to the right, and all friend content will be to the left. The redesign is likely to roll out at the start of December.

The NichePhone-S is a tiny little Android phone

After Apple launched their new iPhone X, a contrasting device was announced. The NichePhone-S. Priced at $95, you don't get a lot for your money. It runs on Android, but it won't do much more than make calls, send texts, and stream music.

This is an interesting time for non smartphone handsets. As we saw earlier this year Nokia brought back the 3310, a phone everyone loved years ago and the The Light Phone which featured on Kickstarter has gone on general sale, coming out before the end of 2017.

Are more people opting to avoid constant notifications and distractions by moving to a non-smartphone device? We doubt it, however we can understand why it may appear appealing to a niche audience. 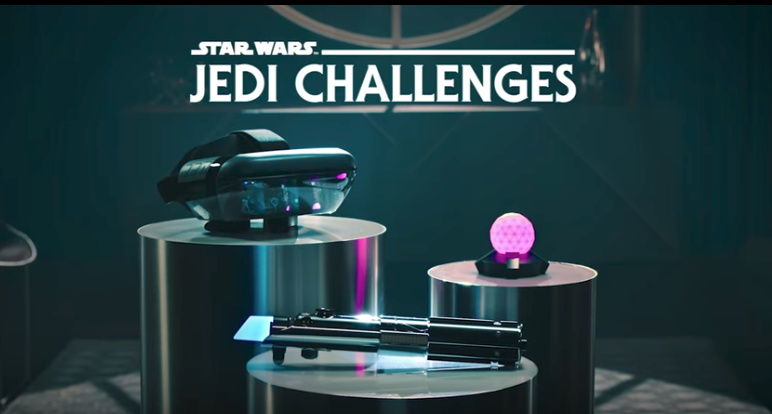 Disney have teamed up with Lenovo to create a new AR kit that gives Star Wars fans a taste of the force. 'Star Wars: Jedi Challenges' consists of an AR headset, an AR-powered lightsaber controller, and an LED device to help with motion tracking. Similar to other VR headsets Disney’s headset relies on a phone for graphics rendering. Disney are already working on a two player version of 'Star Wars: Jedi Challenges' and plan to bring more franchises into the AR realm in the near future.

Apple shared a new Apple Music video on its YouTube channel, giving us a taste of its new branding. The beautifully created video artistically incorporates album covers and themes from a range of artists like Sia, FKA Twigs, Kesha, Fleetwood Mac, and more.

While it's very well done in its own right, we can't help but think it's really channelling the spirit of MTV here! If you're on a desktop right now then just see for yourself