Happy Friday and Happy Thanksgiving to our US readers!

We look at Google collecting Android users' location data. YouTube terminates Toy Freaks Channel. HQ's CEO almost fires their host. Amazon takes a $1billion gamble on making Lord of the Rings into a series. Facebook look at adding the streak feature that we usually see on Snapchat and more!

Our competition is now over but you can still get tickets to the TV of Tomorrow event here.

Most TV ads are crafted for 'forced view' environments, meaning the viewer has no choice but to watch to the end. In a scrolling feed, the viewer is in total control and doesn't need to stop to watch an entire video ad. In fact, 47% of a video ad's value is delivered in the first three seconds, and 74% in the first ten seconds. This means that your 30-second TV ad, with its call to action at the end, needs to adapt.

This article by Creative Review is a great set of steps for adapting TV ads for mobile feeds. It covers things like brand, audio, framing, duration, and editing, all complemented by video examples.

F.C.C. plans net neutrality repeal in a victory for telecoms

The Federal Communications Commission has recently released a plan to dismantle Obama-era regulations that ensure equal access to the internet. These proposed changes could run contrary to a free and open internet as ISPs would have the power to charge extra for access to certain websites. Broadband providers will also be able to block access, slow down or speed up internet services in some cases and areas.

The next three weeks promises to hold intense lobbying from both sides of the argument. However, it seems that internet regulation has now become bound with the politics of the Oval Office. 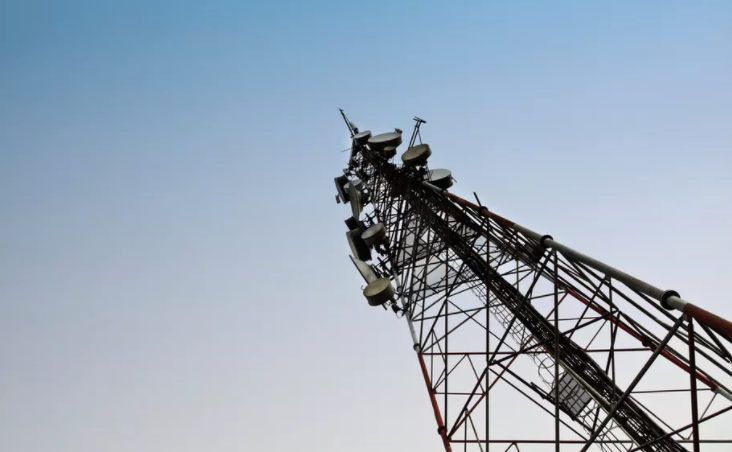 In this recent report, Quartz revealed that Android phones gather location data and send it to Google, even if location services are disabled and the phone doesn't have a SIM card. Google is able to track user locations by triangulating which cell towers are currently servicing a specific device. This is a practice that customers can’t opt out of, even if the device is factory reset.

Google have announced that an update later this year will remove this automatic data collection. At Rerun we think it's imperative that phone makers and carriers are clear about what sort of user data is collected, and how its stored. It's essential that users are aware of how their data is being used so they can ensure their online safety and privacy.

YouTube has shut down the popular channel 'Toy Freaks', a move that reflects a new policy stance to more proactively restrict content deemed unsuitable for children. The channel had 8.53 million subscribers and was among the top 100 most-viewed channels on YouTube. The channel's creators (a single dad and his two daughters) specialised “in gross-out situations, as well as activities which many viewers feel border on abuse and exploitation, if not cross the line entirely, including videos of the children vomiting and in pain”.

YouTube is aiming to clean up its family-friendly community after receiving a large amount of criticism for allowing these videos to be accessible by children. So far dozens of channels have been shut down, removing video that collectively adds up to billions of views.

Amazon announced that it will make a Lord of the Rings series.

Reports around this purchase claim that Amazon will be forking out $250 million for the rights alone and the cost of shooting a six season fantasy TV show is reported to cost an additional $750 million.

“Buying Lord of The Rings is completely against their previous strategy,” said Tom Harrington, an analyst at the media consultancy Enders Analysis. “They are trying to buy their way out of their difficulties.”

With Disney now looming on the horizon, the insanely priced purchase of the rights to Lord of the Rings seems like a necessary move if Amazon needs a surefire smash hit.

Only time will tell on this one, but we do think this may be a knee jerk reaction to keep up with streaming services like Netflix.

How vertical video is driving the BBC’s mobile traffic

After a year of creating vertical video content for their domestic and international news app, the BBC is starting to see its efforts paying off. The “videos of the day” section is responsible for a 30 percent increase to the number of visitors coming to the app, while the number of videos viewed per user has grown by 20 percent.

These visitors are typically more engaged and visit three times more frequently than those who don’t watch the vertical video. The BBC tries to ensure the videos that run in the vertical section of the app have a different style and tone than the rest of the app, aiming to appeal to younger audiences.

The Nov. 22 edition featured two stories about Zimbabwe after Robert Mugabe’s resignation as president, a mother defending her son amid terrorism accusations and the Victoria’s Secret Fashion Show in Shanghai. Videos run for between 60 and 90 seconds with subtitles, so they can be watched without sound.

Facebook loves to steal Snapchat features to block the popular messaging app’s momentum. Now they are looking at the popular streak feature from Snapchat, an addictive game that encourages friends to send messages back and forth for consecutive days.

Streaks have become a popular part of Snapchat, thanks primarily to its young audience. Snapchat uses the feature to encourage its users to send more snaps, and even warns friends when a Snapstreak is about to expire. If Facebook do clone this, it will be a clear indication that they are trying to retain their younger audience.

CEO of HQ, the hottest app going: If you run this profile, we’ll fire our host

A hotly debated story at Rerun this week!

Is this the case of a stressed-out power-crazy CEO losing his cool in a very public way? Or, a dramatic and well-crafted PR stunt, resulting in a huge uptick in users for the HQ app, brought to you by Sweetgreen salads? Well, we don't really know. But what we do know, is that we saw 135k concurrent users playing for $3k prize money on Thanksgiving, and that Scott and Rus are friends again.

With new permanent teams, professional League of Legends will look more like the NBA

There are signs emerging of esports maturing as a format and thinking long-term. Heading this is Riot, who are changing their professional League of Legends championship to use a permanent set of 10 teams. These new teams are heavily backed by the likes of the NBA's Houston Rockets and Golden State Warriors, which signals something about the intent behind the new championship format.

“We looked at things like business acumen. We wanted folks who knew how to build a brand, to build and operate a team, bring in sponsorships, and engage fans in unique ways. We also wanted a history, or a track record, or a plan for building their fan base.” - Jarred Kennedy, co-head of Riot’s esports division

For those wondering if this is even a big deal, consider this perspective, the 2017 World Championship final this year drew in 60 million unique viewers. The current tech media darling, HQ, draws roughly 0.2% of that.

The best thing you can do this holiday weekend

Feeling overstuffed? A little too much extended family time? Chill out and play with Morty's face for a few minutes/hours.