Welcome to Rerun! Every week we spend a little time thinking and discussing the most recent developments in the future of TV and video, and with technology at our fingertips, we round it up and share it with you!

This beautiful set of photos brings us back to 1942, and documents the huge amount of manual work it took to get an edition of the New York Times ready for print. What an amazing feat!

This week saw Amazon announce the first screen-based device we’ve seen that’s controlled purely by voice. Adding a screen to the Echo is a large step forward for Amazon on the path to owning home automation, while at the same time bypassing Google search as a discovery tool for many tasks.

Having a voice controlled screen in an environment where your hands can be full - or would leave smudges on a touchscreen - for example, in the kitchen, will be really handy for following YouTube recipes while cooking, and ordering new supplies as quickly as you discover your shopping needs.

As well as being able to set up calendar events and play music, users will also be able to check live video feeds from around the house, simply by asking Alexa.

And in the feature we’re not quite sure the world is ready for yet, users will be able to ‘Drop In’ on unsuspecting relatives and friends via video call, if they’re at home and available. Grandparents of the world, get ready to be dressed appropriately at all times!

Sky have teamed up with Fitbit to create the second series of 'Fit in 5', a short-form series, that encourages people to get fit in five minutes a day. It's the first time Sky have worked with a partner to create a short-form funded content series. The series is exclusively available to Sky customers on On Demand, Sky Go and Now TV.

At Rerun, we think this collaboration highlights the potential for interactivity. Fitbit provides a range of watch style products that help users track sleep, weight and exercise. If a user's Fitbit could interact with a fitness regime as performed on screen, the user could be prompted to exercise harder or slower, or the show could capture data on its audience to improve its fitness plans. Interactivity such as this, would bring a new and exciting dynamic to fitness shows.

Some YouTubers are seeing big drops in their ad revenue. For example, Tim Wood, who has half a million subscribers to his paranormal ghost hunting channel. Last year he earned ~$6k/month in ad revenue. This year so far has seen it drop sharply to $1.6k/month.

It's evident that YouTube has made changes to satisfy advertisers in recent months, but perhaps are struggling to fine tune the system.

“While many creators are seeing revenue improvements, some continue to be impacted. We’ll continue to work closely with both advertisers and creators to get things right.” - YouTube statement

How Bloomberg is tackling Apple TV

Bloomberg has updated its Apple TV app with a focus on adding relevant data to its video content. It works in a similar way to the recently released Bloomberg Lens, which surfaces relevant information on the web page you're currently reading. It's part of a broader focus at Bloomberg to bring more of its data and information to whatever screen you may be on.

“This is the advantage of OTT, in that it’s not just TV but TV connected to the internet. So we can provide dynamic context because we understand what you’re watching and what you’re interested in.” - Ambika Nigam, Bloomberg’s head of mobile apps 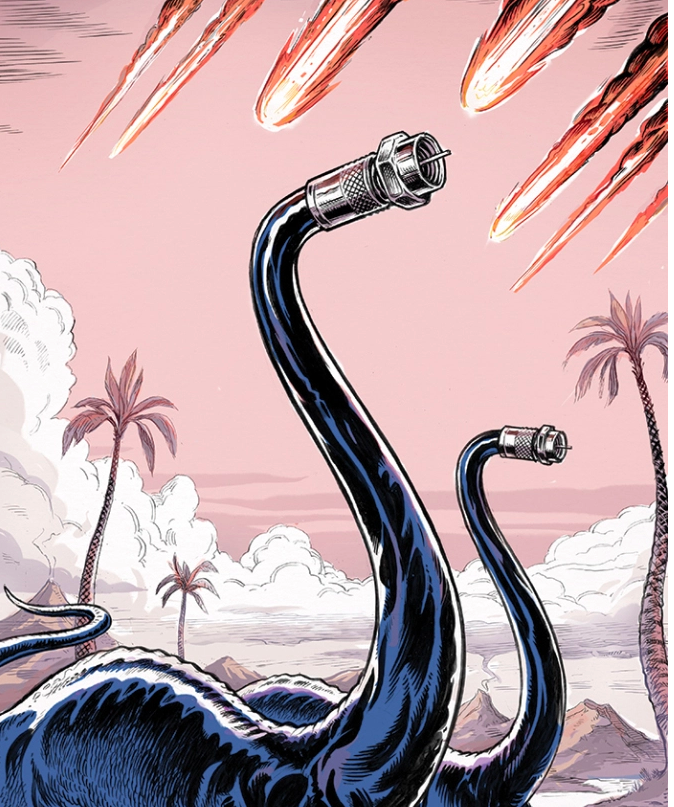 No one is getting internet TV right - yet

Hulu has recently joined Sling, Sony, DirecTV and YouTube in the internet TV market. Each provider package has its own strengths and weaknesses, and each makes different trade-offs in trying to achieve a target pricetag of $35 per month for the cord-cutter.

In the following piece from Jon Dawson he highlights the need for local TV stations to be included in bundles these companies offer. This is a huge challenge for the providers due to the structure of the U.S. market and its affiliate system for TV stations.

Because many local stations aren’t owned by the broadcasters, the latter have little control over getting those stations on board as part of a national rollout.

At Rerun, we think overcoming this may be key to success in the skinny bundle market. But for now, as Jon Dawson highlights, 'would-be cord-cutters are often left choosing the best of a set of bad options, or even combining several of these to get what they really want'. For large broadcasters like AMC and Discovery planning is well under way for a future in which the bundle has all but disappeared, and is replaced by direct to consumer platforms. 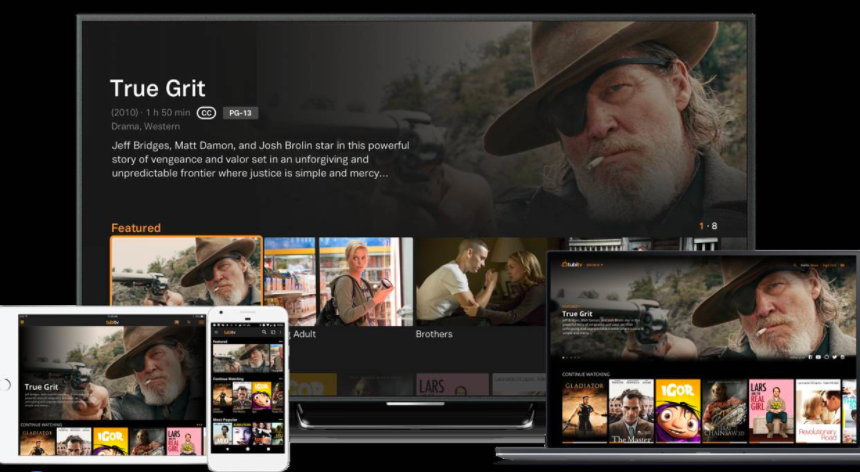 At Rerun we think Tubi TV's subscription model is interesting because it's free..! While there is no fee, the service requires registration and users are fed 4 to 5 minutes of commercials for every 30 minutes viewed.

In a fresh round of funding, 4 investors have bet $20 million that more and more viewers will be willing to sit through ads, in exchange for access to free premium movies and TV shows. Tubi TV counts Lionsgate, MGM, Paramount Pictures and Starz among its 200 content partners. In its vast library Tubi TV even has a category for titles 'Not on Netflix'.

While Tubi TV is free, we do wonder how user friendly it actually might be. Adverts are scheduled to play every 30 minutes, and play during movies. Tubi TV's future success may depend on how intuitive these ad placements are. No one wants to have a key moment or story climax interrupted by an ad for air freshener.

There’s no doubting Facebook’s impact on the culture, but when it comes to power in the OTT sector of tech, the social networking giant’s clout has hit a wall.

Garett Sloane of Advertising Age opines that “Facebook has come in to give the ad tech pitch, but at the end of the day they want us to dump our ad tech and back-end system for theirs”. He might be onto something.

Sloane also recognises the complex hurdles for Facebook in selling ads through OTT platforms such as tvOS and Roku. Facebook is in an apparent struggle to sign up channel partners due a perceived lack of trust from the studios and networks. Again, Sloane picks on the fact that "many of the studios and networks are reluctant to hand over any bit of their video ad business to the increasingly powerful player."

In this episode of Recode Decode, Bruce Miller, the producer behind Hulu's recent adaptation of Margaret Atwood's classic dystopian novel The Handmaid's Tale, talks about how the storytelling rules of shows made for streaming platforms are different to those made for linear TV. Ever since House of Cards was released on Netflix in one fell swoop to a global audience in 2013, the game changed.

The time and commercial constraints of TV series episodes have been eased in order to put storytelling first. This gives writers more room and flexibility to explore parallel story timelines, different characters' perspectives and other parts of fictional worlds.

'Not having a specific running time allows me to surprise the audience in ways that I don’t think was quite as possible [before],” he added. “A show on a network, the time limit is prescribed down to the second.”

What Oculus Story Studio taught us about VR storytelling

While the dissolution of Oculus Story Studio is extremely disappointing, it's worth remembering that the original purpose of the studio was to experiment, learn and educate. It was never destined to be the 'Pixar of VR', its mission was to blaze a trail that other could follow, to write some of the 'rule book' of VR storytelling. In this sense, it was definitely a success, and this feature by UploadVR outlines some of the key learnings from each of Oculus Story Studio's creations.

Moodica’s relaxation videos are the next level of slow TV

If you need a little R&R in your life then Moodica might be for you. It's a free library of videos created to relax, de-stress, and calm viewers. Users can swipe right to browse content catalogues or down to switch genres. Moodica have paid particular attention to sound, creating soundscapes that are delicate and atmospheric. It's slow TV, the user can relax and unwind to.