This week Bloomberg have published their survival guide for publishers and it makes for extremely timely reading given the current conflict between YouTube and advertisers. You can see evidence of Bloomberg's guide reflected throughout this issue, from the continued proliferation of sports deals with social networks, to the direct audience engagement and uniqueness of the Archer AR and Ghost in the Shell VR experiences. Let's get straight to it!

Last week we wrote about advertisers in the UK boycotting Google because of ads being placed next to offensive and inappropriate content. But now boycotts have moved to American companies, and they're not just small advertisers. Companies like Walmart Stores and Verizon are pulling their ads, and subsequently their ad dollars.

With more money on the market to be spent, TV Networks are preparing to pitch digital advertisers to switch back to television. They're using Google's plight to their advantage by reiterating the safe, trustworthy, and high-quality environment that TV can provide for advertisers.

“We don’t like to go after any competitor but in a case like this it’s so egregious and so obvious,” said Bill Abbott, chief executive of Crown Media, which owns the Hallmark Channel and Hallmark Movies & Mysteries channel. “We would be foolish not to lean into that in some way,” he added ...

So now digital advertisers have lost a big piece of leverage in deal negotiations.

But the switch back to TV isn't as much of a no-brainer as some may think. With TV ratings dropping and young viewers switching to alternatives, advertisers aren't impressed by the audiences offered. Digital advertisers have various options to stay in digital.

Although digital advertisers are hurt on multiple fronts, including Google and TV Networks, their money flowing back toward TV isn't a surefire thing. 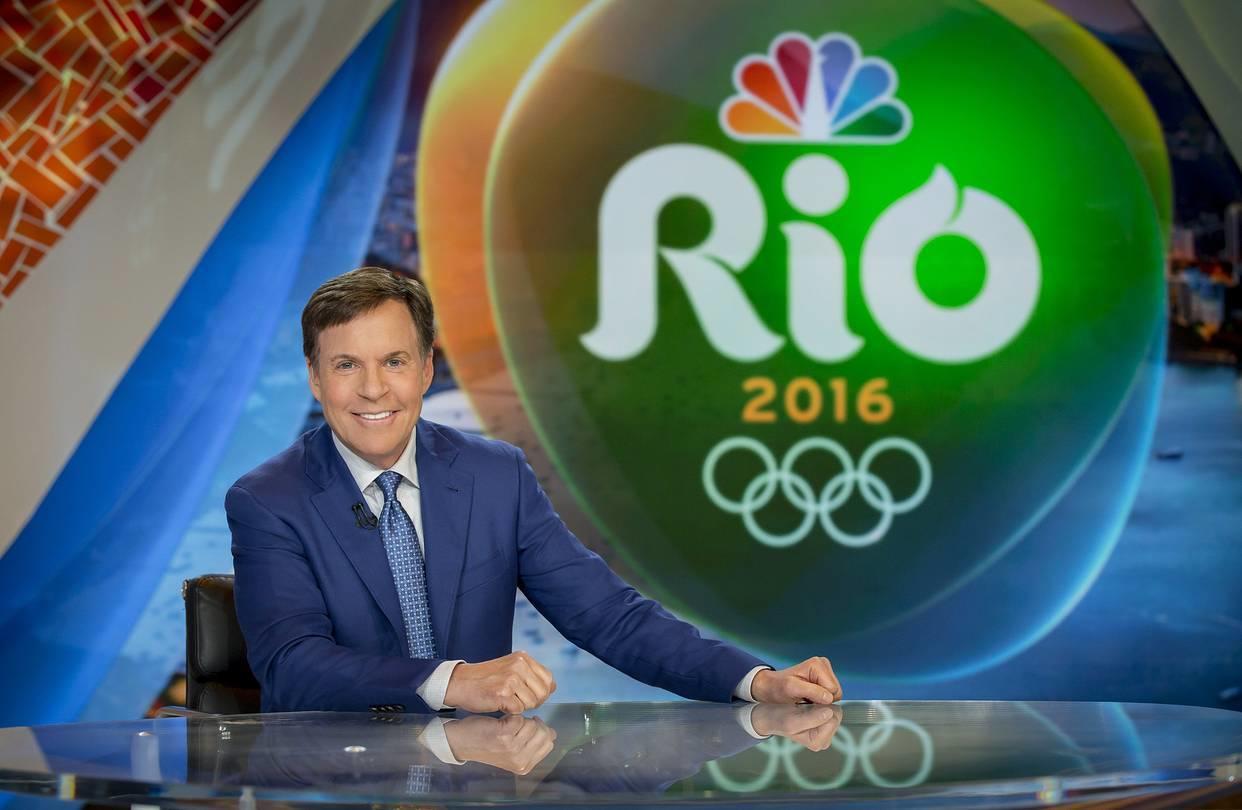 Snap Inc. and NBC in deal for 2018 Winter Games

Snapchat and NBCUniversal are further evolving their relationship. After investing $500 million in Snap's IPO, NBCUniversal is now teaming up with them to showcase 2018 Winter Olympics content. But this partnership is unlike the one they had for the 2016 Rio Olympics.

In an interview, NBC Olympics President Gary Zenkel said Snap has never before allowed a partner to sell national filters and lenses to marketers, a sign of the deepening relationship ...

Snapchat will also feature exclusive and original content from the Olympics co-produced by Buzzfeed and NBC for the Discovery section of the app.

Here at Rerun, we're wondering what this content will be like. Buzzfeed content is notorious for being very shallow content and labeled as click-bait. But will that trend change when teaming up with NBC to co-produce?

Live sports broadcast rights have always been a cornerstone of network TV schedules - and the basis of entire TV networks. It's big business and there are new players in town…

Just like Jeff Bezos at the Oscars was a sign of the changing times in entertainment, seeing 4 major tech companies compete for live streaming of NFL’s Thursday night football games is a clear indicator that this change is also happening in sports.

Recode’s Kurt Wagner takes a look at factors like audience size and reach, social interactivity and ability to sell ad inventory, and picks Facebook as the front runner.

At Rerun, one of the factors that we think could set Amazon apart is its ability to provide video commerce and fulfilment as part of its package to advertisers, provided of course, that it’s presented in the right context to the viewer.

At Rerun we think Facebook might get the edge on Snapchat for one practical reason - its easier to use! Snapchat for some, is a maze of buttons and swipes, that are not user friendly at first. Facebook may win on the basis it's filters are straightforward and simple to use. For these filters, Facebook have partnered with a number of movie studies to create masks for movies including Guardians of the Galaxy Vol. 2, Wonder Woman and Despicable Me 3. This could also be a major draw.

It's well known that Snapchat has a strong user base among younger demographics, and is making attempts to expand to older audiences. However, older audiences may already have Facebook and may be more inclined to use Snapchat like features on something they already know.

It will be interesting to see how Snapchat innovates to combat copy cat Facebook.

In a digital landscape, traditional audience targeting and profiling doesn't really work. It can be limiting and misleading. This can often lead to what Liam Brennan, the Global Digital Director for MediaCom, calls 'valuable wastage'.

Brennan highlights the effectiveness of Behaviours, Emotions and Moments, the BEM Approach, in targeting and understand audiences. Powered by customer data the approach lets us examine and understand the interests, triggers, emotional responses and specific reasons why customers engage, and buy the things they do.

While this approach is utilised by advertisers, at Rerun we think this methodology could be useful for content creators. Netflix 's VP of Product Todd Yellin recently described demographic data as almost irrelevant. 'Geography, age and gender? We put that on the garbage heap,' he said, while describing the company's practice of targeting audiences based on the content choices they make. 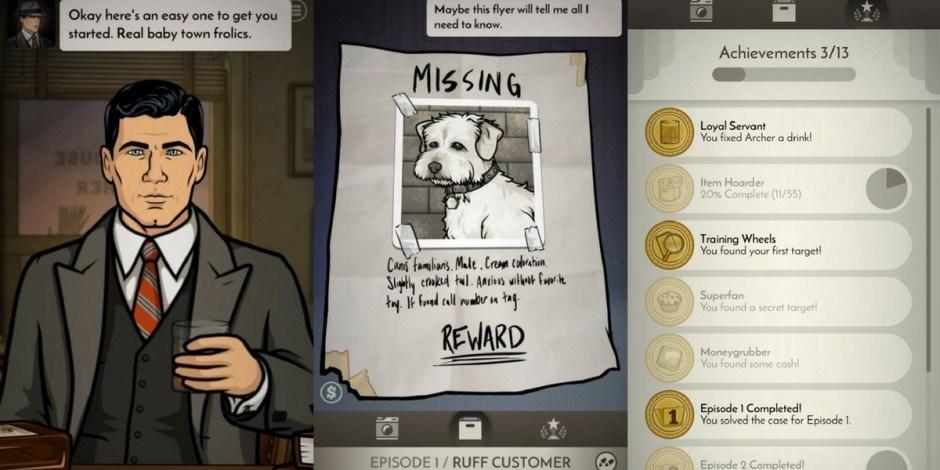 One of the most critically acclaimed and successful animations of the past decade, Archer, has released a companion AR app for the upcoming 8th season. Viewers can use the app to interact with the show and real world objects in order to gather clues, solve cases and win prizes. Viewers who manage to get a clue from each episode will be entered into a weekly sweepstakes where they can win various rewards.

We've seen how AR can be used to create incredible mobile experiences in apps like Snapchat and Pokémon GO, and this Archer app is the most direct TV tie-in that we've seen. No doubt the show's legions of passionate fans will take to it en masse, and we look forward to seeing what doors this opens.

Samsung adds a controller to the Gear VR, will bundle both with Galaxy S8 pre-orders

It’s been a huge week for Samsung. Much of the Galaxy S8 launch coverage has been on the big features, such as an all-glass design, curved screen, digital home button and wireless charging. However, it’s not the only product news coming from the South Korean tech giant this week.

Not only have Samsung added a controller the Gear VR, it’s also announced that, starting tomorrow, it will bundle Gear VR headsets and some free VR content with the S8 and S8+ as a free bonus for those who pre-order the newly announced devices.

With Samsung’s Gear VR being one of the most popular VR headsets among consumers due to it’s low cost and it’s partnership with Oculus, this will no doubt be music to the ears of many tech consumers.

The new Gear VR will drop alongside the S8 on April 21.

By the time you're reading this the Ghost in the Shell VR experience will likely already be available. Unfortunately at the time of writing it isn't, but given the pedigree behind the project we fully expect it to be a fantastic example of a VR movie tie-in. It's an Oculus Studios project, created in collaboration with no less than four other production studios; Rewind, Here Be Dragons, and Paramount and Dreamworks. It's available on Oculus Rift and Gear VR, with a 360 video available on the Facebook 360 app.