While the focus of the Rerun newsletter is on the future of video technology and distribution, it's important to remember TV is nothing without content.

We ❤️ this video piece by Wired celebrating the evolution of TV show opening titles.

Qiu Bing is a journalist to his core and a 20-year veteran of the newspaper industry. His previous venture, The Paper, made its name through publishing longform investigative pieces. He's fanatical about the written word, and yet at the same time recognises that times have changed for journalists. His latest venture, Pear Video, publishes short video clips across a wide range of topics.

Sounds familiar enough right? But Pear Video embodies Qiu Bing's journalism background in that all clips are vetted for quality and fact-checked. The company has a network of 30,000-50,000 citizen journalists (paike) and videographers all over the world, and operates in that sense like a traditional news agency. It's enough to seriously impress investors, as Pear Video raised US$86.8 million in funding last year.

Pear Video currently puts out almost 1,000 videos per day, says Qiu Bing. By the end of the year, the startup wants to push that number to 2,000. [...] In total, the startup claims its videos receive around 600 million views a day. 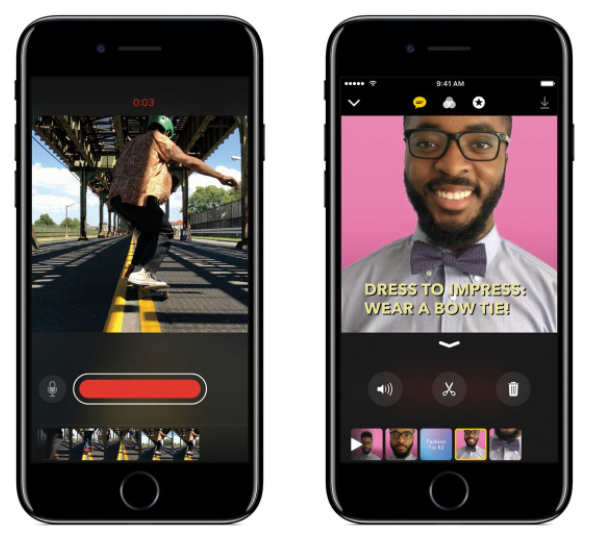 Next Month, Apple will introduce its new app Clips, a brand new iOS app for creating and sharing fun videos, images, text and much more. At Rerun we feel there are two aspects of this new app which are particularly exciting.

Firstly, content edited and created on Clips can be shared to any social media outlet or messaging service. This means, Clips will essentially be a personal video and image editor that can facilitate your own social media life and conversation.

Secondly, Clips' new 'Live Titles' feature is very innovative. The feature will turn a users spoken words into on-screen text. Apple claims Clips will then synchronise the text to the cadence of your voice. If it works as advertised, Clips’ speech-to-text feature will be the easiest method yet for close-captioning social videos.

This functionality could be major for Apple. It's now the norm that most videos on social media play muted. As a result it has become important that videos feature close captions, so at a glance viewers can understand what a video is about, and chose whether to play it with sound.

The discontent among advertisers towards YouTube has been growing for a while now, and it reached a head this week. AT&T, Johnson & Johnson, O2, McDonald’s, the BBC, L’Oréal, HSBC, Royal Bank of Scotland, Lloyds, the Guardian, Audi, Channel 4, Havas’ British and Marks and Spencer have all threatened to stop advertising with YouTube. One popular publisher The Guardian already pulled its own ads due to appearances on white nationalist channels.

Philipp Schindler, Chief Business Officer at Google, addressed this directly in a blog post, promising several improvements that will prevent advertisers' content from appearing next to videos that don't align with their values.

Brands will want to see swift action following up on these promises, and we feel we definitely haven't seen the end of this issue.

Netflix offers behind the scenes look at global operations

At Rerun, we are big fans of running Lab Days with our team to hack the future of TV.

While we're not exactly accusing Netflix of copying our concept 👀 (or our lab coats), it seems Netflix is also fond of running lab days - with the purpose of providing a behind-the-scenes look into their operations to interested journalists.

Netflix approaches content decisions with the global audience in mind, and its this mindset that could see it succeed as the first truly global broadcaster.

Netflix used to recommend content based on the region that its users were in, following the general school of thinking that subscribers in South America probably would prefer different fare than subscribers in Canada. But upon looking closer at the data, the company realized that this wasn’t actually true, said Netflix VP of Product Todd Yellin. “We find that to be greater and greater nonsense, and we are disproving it every day.” 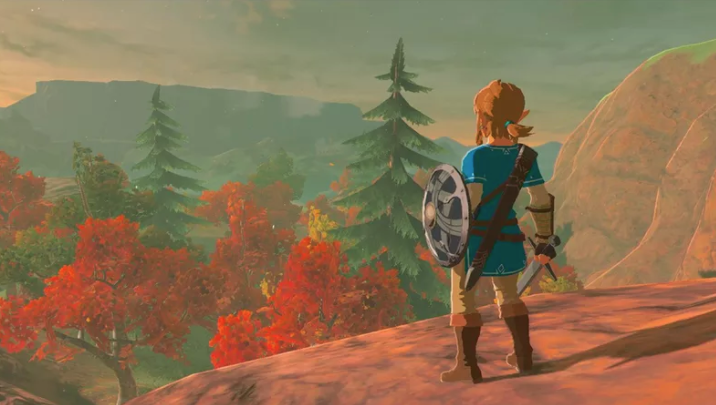 Why Breath of the Wild is the future of blockbuster games

The Verge's Chris Plante with an interesting observation on the cultural difference between two recent blockbuster video game launches. While both offer vast free-roaming worlds, the latest instalment of Nintendo's much loved Zelda franchise differs from Horizon Zero Dawn in that, unlike previous Zelda outings, it doesn't force players to follow a scripted path.

As much as the game has a story and challenges to complete, players are encouraged to create and, importantly, to share their own stories including, much to Nintendo's delight, funny situations and complex character interactions that the game's creators did not script.

We're in full agreement with this vision and would go one further to say that it points to a future for a wider range of entertainment media, where viewers can use the canvas of these huge open worlds and the characters that populate them to create and publish stories of their own. We're especially interested to see how this form of creativity takes shape in VR...

Inside Hearst’s turbulent quest to build a Snapchat brand

A fascinating--if slightly depressing--case study about the current state of Snapchat Discover and social media feeds in general.

The 'Sweet' team got together out of a passion for making original content, and as a way to escape from writing for celebrity gossip magazines. The constantly changing landscape of Snapchat was a challenge, but a welcome one. However soon after launch the Sweet team's focus was shifted by Hearst to start making 'more basic and less complicated' content instead, as their metrics weren't comparing to clickbait-heavy channels like Cosmo. The 'Sweet' team now has an 80% turnover rate.

This brings to mind a grocery store analogy by Jon Steinberg, CEO & co-founder of Cheddar, a couple of weeks ago. If all the food is in the same aisle, then everything is competing with brightly coloured sweets. On a magazine shelf you have clear boundaries between content, but in Snapchat Discover everything is jumbled around. As a new channel trying to publish original, quality content, you can easily find your channel sandwiched between the likes of "This Is How Feminist Each Fave Disney Princess Is" and "These Disney princess bikinis are everything".

Another digital agency CEO added that his clients have “zero interest” in advertising on Discover. “The fact is that a lot of the stuff that does work on Discover is really low-brow,” the executive said. “Anytime I look there it’s just T&A.”

He explains that he and his team have learned a lot about how users want to interact with 360 content and VR. They believe they have applied this insight and gotten it right with the way they've designed the UX inside and outside the app.

People are likely to visit Facebook on their phones or desktop many times a day, but VR sessions are typically longer and more deliberate; users typically set time aside for more immersive experiences.

Overall, one thing seems sure - even just weeks in. Facebook 360 have likely nailed the UX with their app.

WebVR isn't sexy, but it will change the game for VR this year

The growth of VR depends on many factors: availability and affordability of headsets; strong apps and streaming platforms and, of course, content creation.

On the surface, Web VR might not seem like the most innovative and mobile-friendly platform for consuming VR content. However, as Amir Bozorgzadeh of Virtuleap argues, what web VR might do is democratise and popularise VR by making VR more accessible for end users and content creators.

WebVR has the inherent potential to grow like wildfire because it is frictionless by design. No downloads. No installs. No locks or keys. No queuing in front of some arbitrary bouncer.

Bozorgzadeh emphasises that web VR is a) the fastest, easiest way in which to share VR content and b) the easiest way for end users to learn about VR. More interestingly, Bozorgzadeh highlights the impact that VR could have for media titles:

You could be reading a news article about an event taking place in a city on the other side of the world and immediately be able to load up the specific environment and circumstance in VR, without ever leaving your browsing experience.

Disney shows how you catch a real ball in VR

Just as everyone else seems to be getting involved in some technological development, so too are Disney. They've developed predictive technology that allows VR users to catch a ball without actually seeing it in real life. What is so impressive in this video demonstration of it is that the user catches every single pass!

Similarly, IKinema have developed and perfected full-body tracking. This video shows the tracking system tracing a dancer's every nuanced move. The fluidity that the technology replicates the dance with is nearly perfect.

The applications for these technologies are endless. The most obvious one is sports. Teaching someone a choreographed dance, learning how to catch a baseball, and more are all completely viable VR activities.