Happy Friday! Welcome to Issue 58 of Rerun by Axonista!

It was a very future-focused week, with two incredible profiles by Wired on Google's VR ambitions and on Mixed Reality startup Magic Leap. Netflix got a new competitor as Amazon announced a monthly subscription option for Amazon Prime that undercuts Netflix. NAB debuted the future of broadcasting with ATSC 3.0, which will remove the need for a set-top box. And YouTube did their first ever live 360 video stream and it was really really awkward.

The untold story of Magic Leap, the world’s most secretive startup

VR is here, but it's far from finished. More importantly, it's now out there at the stage where it is good enough to improve quickly. It's primed to go through an explosion of evolution over the next 5-10 years, so it's no surprise why everyone is interested.

Arguably the most interesting company in the space right now is Magic Leap. They've released barely any information up to now, but have still managed to attract an insane amount of venture capital funding from the likes of Google and Alibaba. Everyone who has tried it says it's amazing, including Wired.

Their profile of Magic Leap and its charismatic genius founder Rony Abovitz gushes with enthusiasm and quickly turns into an insightful and thought provoking look at VR, AR and the next 10 years of computing.

Amazon's move to offer its VOD service as a separate subscription, independent of Prime, positions it as a serious rival to Netflix. Having already invested heavily in high quality original content and exclusive licensing deals, Amazon's new monthly plan undercuts Netflix on price, at least initially. The timing of the announcement is fortunate, given Netflix's less than stellar growth in international markets.

The e-commerce giant is now offering its video-streaming service in the U.S. independent of the Prime free-shipping program. Purchased separately, Prime Video will cost $8.99 per month — one dollar less than Netflix’s most popular plan.

Forthcoming broadcasting standards might not seem like the most exciting news, but if ATSC 3.0 delivers on what it promises, we’re looking at the radical evolution of television. This year’s NAB conference in Las Vegas debuted a lot of the really great next generation features of ATSC 3.0 and it’s likely to be a big talking point over the next year.

In a nutshell, ATSC 3.0 will mean that broadcasters have the same capabilities of IP-based services. Imagine- you get your new Smart TV set, turn it on and straight away, without a set-top box, you have broadcast TV that’s streamed, 4K and HDR, and interactive. This article highlights some of what we can expect.

Netflix has until now firmly refused to entertain any discussions about making content playable offline but Reed Hasting's this week hinted that it might not be completely off the table.

With the recent news of Netflix’s lower than expected international growth the company might now see more value in allowing users with limited or expensive bandwidth to save content on their devices.

Experience IMAX...while you work out

Do you struggle to find the time or energy to visit the gym after work? Bored of the mundane setting of your spin class? We’ll here’s something that might re-motivate you: cycle workouts in IMAX!

IMAX are planning to create spectacular audio-visual accompaniments for group cycling workouts. It's opening the first venture in Brooklyn and will roll it out in more areas if it's successful. The video doesn't give much away, but if it's in any way close to the full IMAX experience, it'll probably be an incentive to hit the bike.

Inside Google’s plan to make VR amazing for absolutely, positively everyone

From teleportation robot experiments to Google Cardboard, this profile of Clay Bavor, Google’s VP of VR , gives a great insight into how Google's mission to democratize VR is unfolding, and also how small experiments fuelled by passion and curiosity can lead to big things.

Someone said recently, only slightly flippantly, that you can divide the world into people who think VR is part of the future and people who haven't had the demo yet.

At this stage there's no doubt that VR is part of the future, but what part exactly? With VR there are more questions than answers right now, there's still a long way to go before the 'real' VR industry forms, both in terms of technology and content. Benedict Evans from Andreessen Horowitz has a typically insightful look at the VR 'maze' ahead of us. 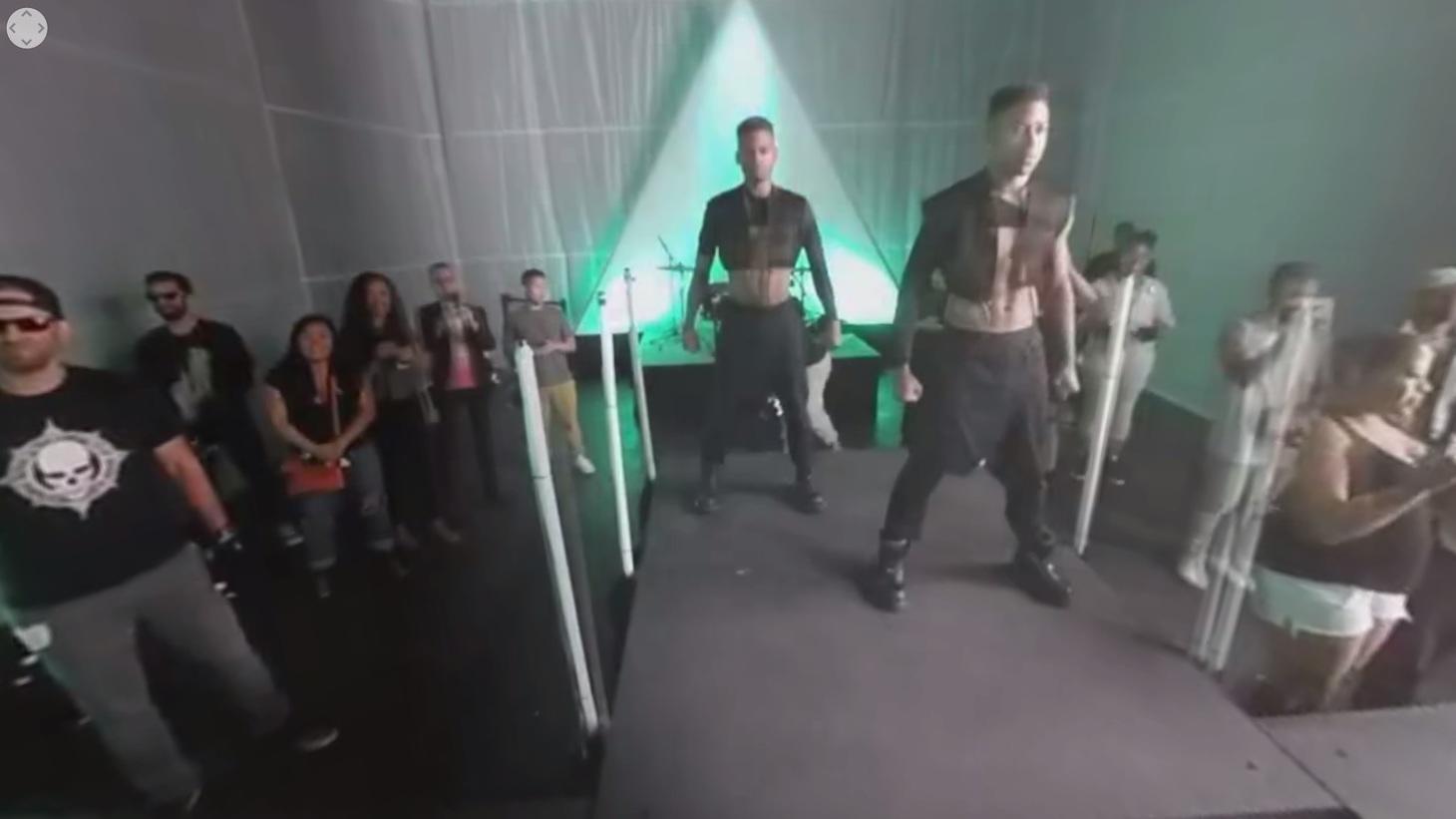 When film was first exhibited, patrons ran from the theatre at the magnificent sight of the huge train approaching them at speed!

When television was launched as a public service, thousands flocked to the world fairs and exhibitions to see the magic of live transmission!

And, this week, when Live 360 finally arrived, people…were slightly disappointed at the awkward demonstration, made up of an unnecessarily long lead-in and some performers who clearly hadn’t quite realised that they were on screen all the time.

Here’s hoping it was a 'soft launch'.