Happy Friday! It's our 52nd issue so we're busy celebrating our 1st birthday! Don't worry we saved some cake for you 🍰

This week is a big one. Aside from our birthday (did you know it's our birthday?) Polygon posted a fascinating read about the history of Playstation VR and the people who made virtual reality a reality. Facebook is making moves into broadcasting, BBC is sharing some of its research on Object Based Broadcasting (the future of TV), Meerkat is pivoting, social gaming and Facebook is coming to the Samsung Gear VR, and there's so much more!

The making of Playstation VR

Off in the distance he saw what he thought was a head-mounted display. When he got closer, he realized it was actually a head massager. The disappointment soon passed, and he realized that he could use the massager as essentially a sturdy hat to build a VR headset prototype on.

Playstation's upcoming VR device seems to be flying under everyone's radar, despite the fact that there are close to 40 million Playstation 4's out there. It started as an internal "10% project" in 2010, with prototypes as early as 2012. It's now handled by the Magic Lab team within Playstation and should arrive later this year at half the price of competing devices like the Oculus and HTC Vive. This article is a fascinating insight into the many people involved in making virtual reality a reality.

Facebook to bid for rights to live stream sports events?

It hasn't happened yet, but Facebook has stated this week that it's interested in buying the rights to live stream sports events and is now in talks with the NFL about their Thursday games.

As the article points out, Facebook has changed tack recently. Where it used to generate revenue through ads that sat around user-generated content, it's now looking to pay directly for video content. It will still, of course, have advertising, but the traffic to its videos will give it leverage with advertisers.

This news follows its recent announcement that it will pay celebrities and artists to use its live streaming app. Given all this activity, it seems that Facebook is pitching its self as a main rather than a second screen.

Object based broadcasting at the BBC

With more and more television being watched mobile and OTT, it's no surprise that organisations such as the BBC are looking to develop new ways of watching television that are more personalised, more interactive and responsive.

The R&D departments have been working on creating prototypes of object based broadcasting. Some really fascinating examples include a drama that shows different content for different gender preferences and a BBC weather report that allows the viewer to change elements such as text size, audio channel and video background. They're doing a lot more with sports and news broadcasts too, with tools such as video zoom on live sports, tappable video graphics and personalisation of content based on the viewer's profile or location.

At Rerun, we see these experiments as a really great example of how television is evolving online. 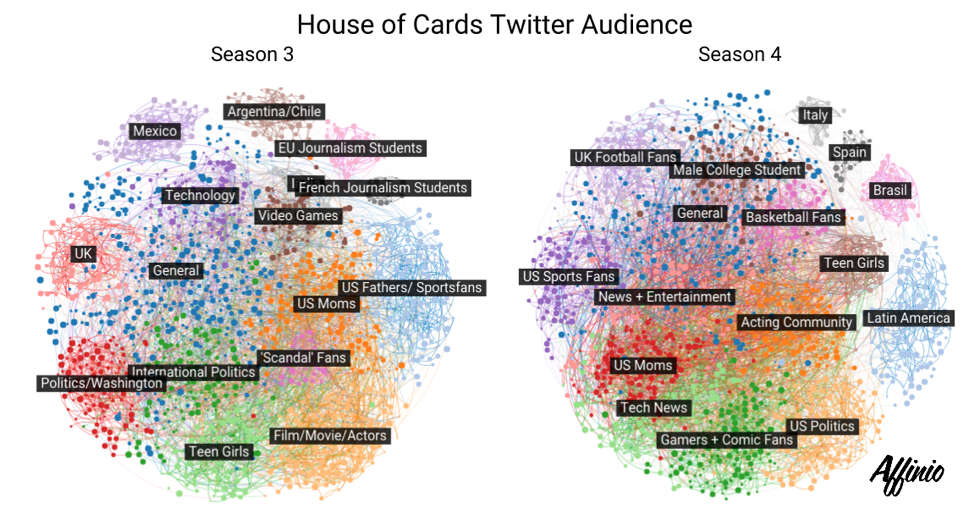 Our friends at TV R[E]V have investigated how Netflix are growing audiences in new geographical markets. Using a platform called Affinio, they analysed the evolution of House of Cards Twitter audience data from 2015 to 2016.

They noticed strong growth in Latin American countries, and a particular spike in Argentina in the month before Season 4's release.

A deeper look revealed Netflix is using Twitter cleverly to engage communities around local issues that mirror show storylines in order to grow their audience figures globally. A political event in Argentina led to Frank Underwood sending a tweet to the Argentinian President (in character), who tweeted back. 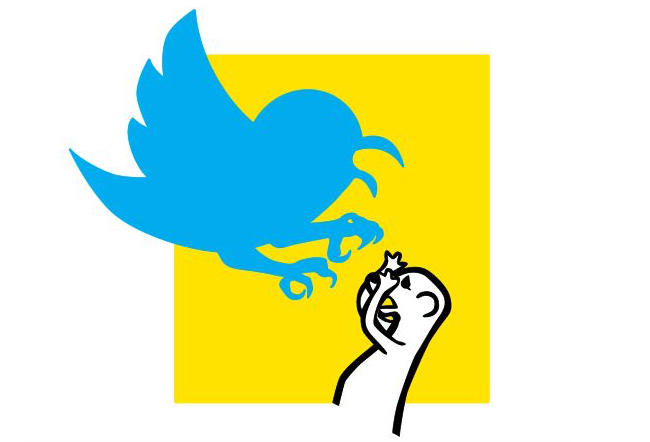 Meerkat is ditching the livestream

Strong competition from Twitter's Periscope app and Facebook live streaming, as well as a content creation problem, has forced Meerkat to change direction from a live streaming app to a new video based social network.

Meerkat's main issue, apart from the strong competition it faced from the established giant social networks, has been that it couldn't educate the market sufficiently on how to create great live video content, and while viewing usage increased, there was not enough compelling content for users to come back to.

While TV shows are being released like games (all at once, play for as long as you like), the game Hitman: Paris is being released episodically, with each chapter corresponding to a new location. It'll mean that gamers can pay per episode rather than forking out the full amount.

While it will allow the makers to stretch out the experience across months, it's a risk. Gamers may decide early on not to complete it and the episodic form might lead to panic moves and game changes by the makers if initial reviews are poor.

We're used to getting our political news from mainstream and established sources, but with the growth of social media and cheap video making tools, we're getting a new type of political coverage and one that follows the latest video and live streaming trend of news 'from the sidelines.'

This article highlights the way in which user-generated content, like Vines of politicians' reactions to a speech or an awkward expression, can be as popular and sometimes for more insightful than standard political commentary.

The first wave of social VR is here! Oculus have announced a social platform and a couple of multiplayer games for the Samsung Gear VR. You can also watch Vimeo and Twitch streams in a virtual room with your friends.

They've also announced Facebook integration, so you can watch 360 video from your Facebook feed from within the Gear VR itself, and soon you'll even be able to react and share while in VR!

The interactive app allows viewers to make up to 180 decisions with 7 potential movie endings. Viewers can change camera view, tap on items and props, and decide whether to trust or not trust certain characters.

This seems to require a lot of engagement from the viewer and, at four hours, the makers have made a wise decision to allow for it to be downloaded as chapters. We're already planning our cinema visit to test it out!