Happy Friday! Welcome to Issue 47 of Rerun, your weekly digest of digital storytelling, interactive media and the future of TV curated by Axonista.

This week's Top Pick is a very interesting read on how viewers perceive a show after binge-watching compared to watching episodes on a weekly basis, and how storytellers need to adapt to this.

We also look at how Netflix and Amazon are becoming a beacon of hope for indie filmmakers, how the branding industry is building up around Snapchat and Periscope, how TV gets tiny on Instagram and Snapchat, the story behind Star Wars VR and much more.

But before there was social media, there was Terry Wogan. In sad news this week, iconic host and (not so subtle) satirist, Terry Wogan died. To celebrate the awesomeness of Wogan’s talents, here are some of his highlight quips from Eurovision, a TV event he turned into must-watch television for millions.

Netflix’s Making a Murderer: why everybody missed the point of the true crime doc

This piece from Vox investigates how binge viewing a show has a different effect on audience reaction to weekly episodic viewing. It contrasts Making a Murderer, which debuted on Netflix, to The Jinx, which aired on HBO in weekly episodes.

The major difference between the two projects is this: The Jinx was presented on a week-to-week basis; Making a Murderer was presented in one big gulp. The former allowed for plenty of time between episodes to tease out the themes Jarecki and company were pursuing. The latter hung its material on the framework that was most immediately compelling: the question of Avery's guilt or innocence.

At Rerun, we'd love to see some scientific analysis of how our brains absorb storylines while binge viewing.

Enter Netflix and Amazon, who have become a beacon of hope for beleaguered indies. They offer global distribution and receptive audiences, all without the restrictions that come with cinema timetables or TV schedules. Amazon have even started offering theatrical releases in addition to streaming, for those filmmakers who can't resist the allure of the big screen.

This week has seen quite a few announcements about branding and advertising in social media, like Instagram’s introduction of 60 second video ads. There’s even more industry activity bubbling up around talent management and branded content, with 'the first Snapchat network' Naritiv raising $3m funding and Applause linking brands with influencers on live streaming apps like Periscope. Will we see a new Maker or Fullscreen emerge?

We all know that Netflix uses its subscriber data to identify likely film & TV successes. Well now it’s using Youtube’s data, or more specifically, investing in social media stars who have high social media ratings, like Colleen Ballinger-Evans (aka ‘Miranda Sings’ ). It’s a first for Netflix, and might be a sign they’re going for a new market.

The Verge's Chris Welch laments the addition of video to Spotify.

We tend to agree on this one. Adding random short form video to an already feature heavy music app doesn't speak volumes for product focus or bring much joy to music loving Spotify app users. It's disappointing that Spotify didn't focus purely on music related video or live performances, rather than delivering a mixed bag of short form video.

However, if Spotify can apply its successful Discover Weekly algorithm to video content, it might just be on to something.

Totino's turns to Twitch for its Super Bowl marketing

This is a clever new marketing stunt on Super Bowl Sunday, combining live eSports streaming with interactive audience participation, by Totino's Pizza Rolls. Come on, who saw it coming?

They're hosting a pre-SuperBowl 3.5 hour gaming marathon live on Twitch, featuring several of its most popular streamers. They'll be going head-to-head in a series of contests, where one player sits on a normal couch and the other on the "Bucking Couch", which will buck, roll and spin based on chat commands sent in by the viewers. And there will be pizza rolls.

In a week where Instagram announced 60 second ads and Periscope agency Applause bragged about 29% of viewers watching and engaging with 7 minute branded videos, we think this 3.5 hour branded experience really stands out. 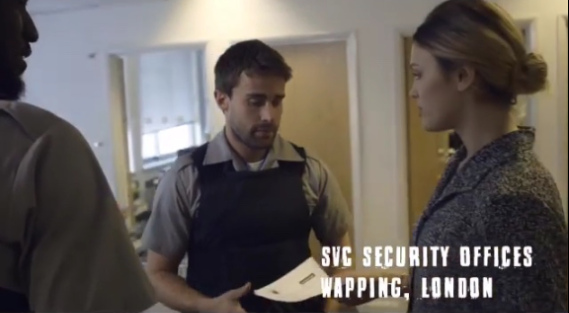 TV Gets Small: New shows on Instagram and Snapchat

Along with new social networks come new ways of storytelling.

A 28 episode scripted series called 'Shield5" has been launched on Instagram, with plans to release in 15 second chunks every day at 5pm GMT. It's a well shot thriller, (unusually in landscape format. The daily short films are interspersed with photos of clues that reveal more about the plot. Slightly reminiscent of The Bill or a UK soap opera, the actors' British accents leave global Instagram followers a little confused as to what is happening. To address this, Shield5 are now providing subtitles in the comments section with each clip.

Pandemic trailer pulls you into the zombie outbreak

Hitchcock tried it and failed. Video game film 'Doom' played with first person POV in one scene but didn't risk total game POV . But who knows? First-person-shooter style zombie film 'Pandemic' might be released at just the right time, given the popularity of video game viewership and the many VR experiences that have come out recently. We’ll find out after its release on 1st April.

At Rerun, we can only imagine what goes on behind the velvet curtain at Magic Leap. With a $4.5 billion valuation, Magic Leap's tech has yet to launch commercially or even be publicly revealed. This is either going to be a mind blowing technology for the planet, or a whale of a fail.

One thing is for sure, Magic Leap's headset-free mixed reality vision of our future is pure magic. We can't wait to cradle a tiny elephant in our hands and chase pet dragons around our living rooms. 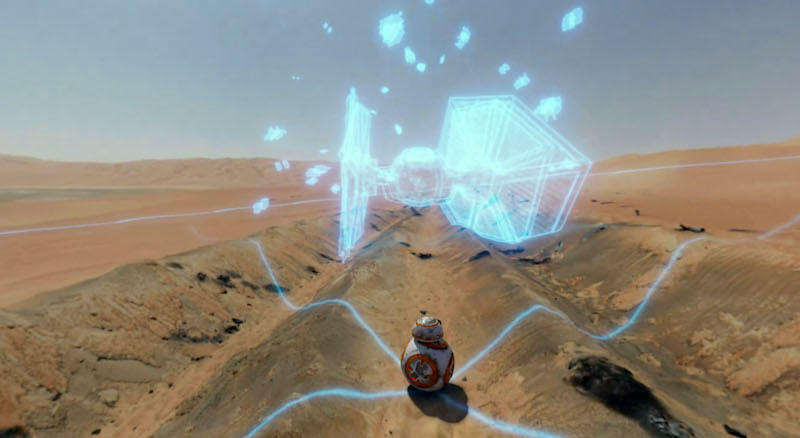 The team at ILMxLab have the envious job of using cutting-edge technology and ILM resources to create new immersive VR experiences. Shortly before the release of Star Wars Episode VII they released a nine-part Star Wars VR series called "Jakku Spy". This feature explores the year-long making of the series, and it's a great insight into the R&D lab at the film industry leader in technology and special effects.

It not quite ready yet, but the HoloLens - Microsoft's augmented reality headset- looks really exciting. Microsoft have released a concept video that shows how the HoloLens might enhance the NFL TV viewing experience. The video shows how viewers wearing the headset can use hand gestures to bring up player stats and have instant replays screened on a table. It might be a concept but, here at Rerun, we like where it's pointing to.

The breakneck speed of the 'Grease: Live' control room

More impressive than Fox's 'Grease: Live' musical, was the view from the live control room, where the amazing associate director Carrie Havel called the shots in time to the music. Watch her perform at (Grease) lightening speed.