Happy Friday! Welcome to Issue 41 of Rerun, your weekly digest of digital storytelling, interactive media and the future of TV curated by Axonista.

This week's Top Pick is an interesting article by the NYT about post-binge-watching blues and the struggle of having nothing left to watch.

The post-binge-watching blues, a malady of our times

The New York Times takes us through the feelings of post binge watching blues and the "struggle of having nothing left to watch".

“It leaves you with a feeling of emptiness,” said Danielle Butler, 30, one of the many who took to social media to vent. “You feel kind of ridiculous, but it’s a sense of abandonment.”

“I haven’t laid eyes on a water cooler since I was in elementary school,” said Beau Willimon, the showrunner and executive producer of “House of Cards.”

Earlier this year Rerun’s own Claire McHugh wrote about how binge viewing has disrupted the way we enjoy television socially and perhaps killed the watercooler completely. 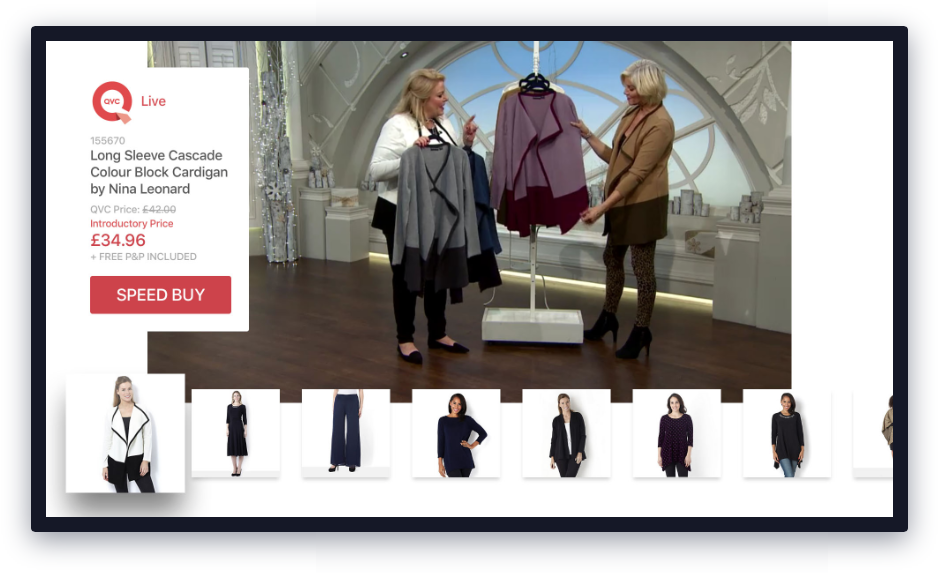 It's been six weeks since the release of the new Apple TV. In this article Mashable UK take a look at some of the apps that are really utilising its potential. We're delighted to see the QVC app—our collaboration with QVC—featured in the list, and also featured in Apple’s own best apps of 2015!

QVC's Apple TV app was available at launch and it remains one of the more impressive from a technical standpoint. It's that live component that makes QVC really unique and shows that Apple TV can be more than just re-purposing iOS content.

The Apple TV rumour mill has started again! This particular story about Apple pausing its 2016 plans for a live TV service originated from a CBS executive and other TV executives.

This week, Apple launched its new advertisement for Apple TV, which is somewhat of a departure from the usual Apple-style glossy video. The ad doesn't show the device once, instead choosing to focus on the content. However, as Recode's Peter Kafka points out most of this content was available on the previous Apple TV device.

There's a nice reference in here to the seismic shift in viewing that technicolour brought to movies like The Wizard of Oz, (and TV apps will inevitably bring to TV), but without the device to ogle over, the ad left us feeling cold.

Turner Sports already broadcasts NBA, MLB, golf and college basketball, and now they're looking to add eSports to their repertoire. Next year they'll join forces with Hollywood talent agency WME-IMG to kick off the “ELeague,” a professional video gaming league.

Why eSports? The audience for eSports is rapidly growing, not to mention incredibly engaged, passionate, social and mobile.

“As we make this shift from the totality of the linear world to a digital, mobile, social world, eSports is right on the cusp of that content line,” said Craig Barry, evp and chief content officer for the company.

According to gaming industry research firm Newzoo, 204 million people either watched or participated in eSports in 2014, a number that’s expected to rise to 226 million this year. Industry revenues are expected to hit $278 million in 2015, up 43.1 percent from last year, and will eventually balloon to $765 million by 2018.

The battle for the second screen

The vast majority […] of device-owning people who watch TV admit to using additional devices [...] while viewing. So the obvious question is, why not try and link the two device experiences together?

Yes, this does seem obvious, but as Bob O'Donnell points out, it hasn’t happened yet in a very meaningful way. This is because it’s actually quite a complex thing to do right. Just because devices should be able to link up and talk to each other, this alone does not automatically lead to good UX.

At Rerun, we're veterans of second screen. Our ​team’s​ vision is to deliver the best experience, no matter what screen the viewer is watching, even if that’s two different screens at the same time.

We know there are a multitude of subtle viewer interactions to consider while creating second screen content synced to TV. For example:

And that's just the tip of the iceberg!

For Burberry, that means treating customers the same way no matter whether they are online, in-store or on mobile.

The goal is to bring the customers closer to the brand.

In an industry that saw 1-2% growth in September, Burberry saw 11%. The secret: their digital strategy is unmatched among other luxury brands. That means much more than advertising; it means engaging with customers on Twitter, Snapchat, Periscope, WeChat, Apple Music, the web, and everywhere else their customers are and will be. This article is a great read for anyone interested in what great marketing looks like in 2015.

How 'Serial' got the Internet excited about its second season release

Season 2 of Serial was unexpectedly released on Thursday, much to the Internet's surprise and delight. Having previously planted hints and stories with a few select news outlets, they released the first episode of new season without warning, using the resulting social media explosion across Twitter and Facebook to their advantage.

This smart and social-centric way of distribution has already catapulted “Serial” to first place in iTunes’ Top Charts category, just five hours after it was released.

Stephen Kleckner introduces his 5 year old daughter to the world of VR who was at first frightened by an unexpected dinosaur from Jurassic Word but in awe with the "Cirque Du Soleil experience" and Squarepusher’s psychedelic Stor Eiglass.

Here is a lovely snippet from the conversation the two had while immersed in VR:

Stephen: What do you see?

Stephen: What do you see

A new VR consumer report has been released by Greenlight VR and Touch Stone research. It covers a range of topics such as content, devices, cost and brands, nicely summarised here by Kidscreen.

Generation Z are most likely to embrace virtual reality when it becomes readily available, with 79% of those surveyed saying they “love/like” VR.

After Gen Z, Millennials feel the most positive toward VR, with 73% saying they “love” it.

Of those interested in virtual reality TV, movie and video content, most will seek sci-fi and action experiences. 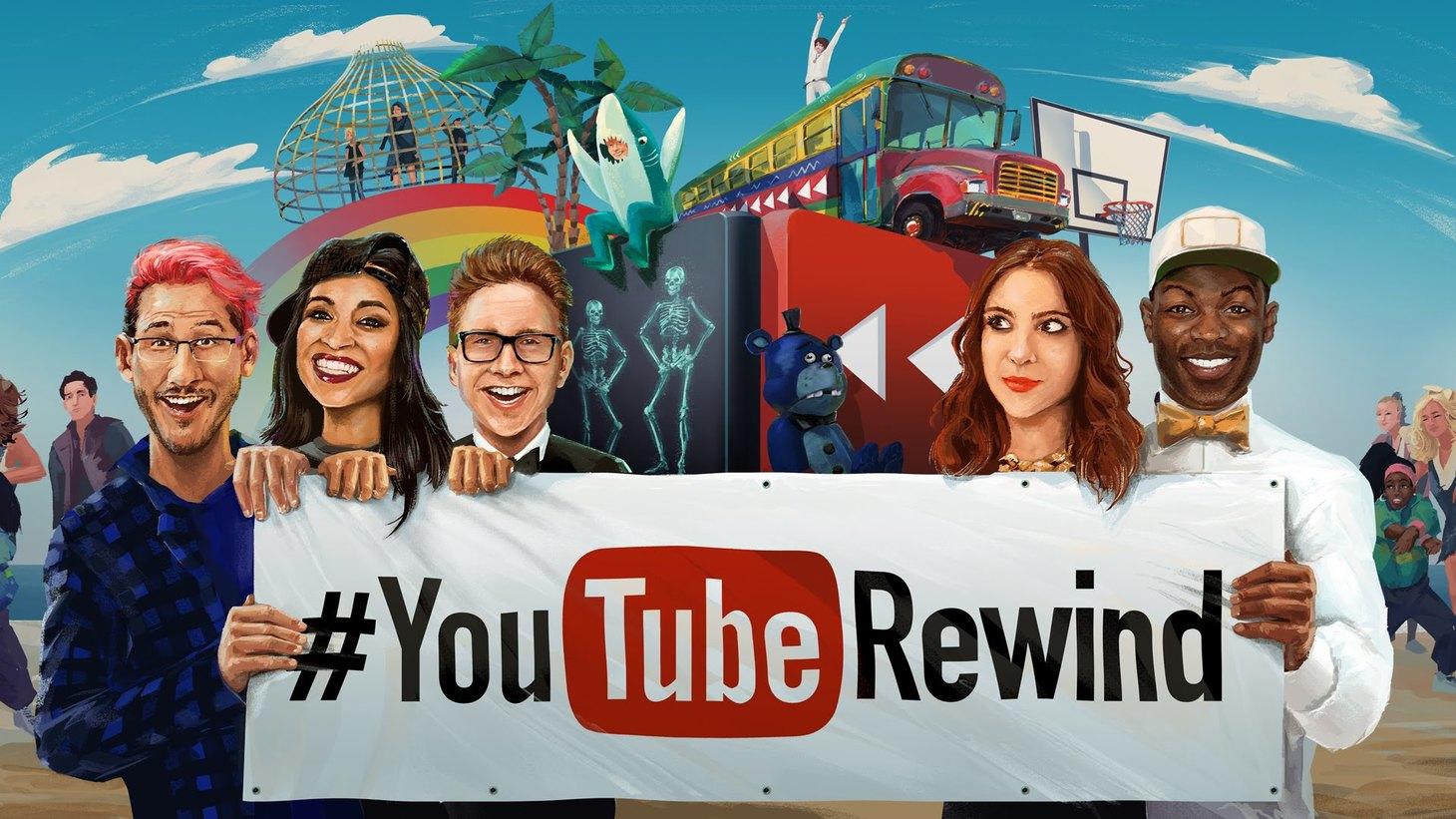 Every year YouTube team up with digital studio "Portal A" to create a music video that looks back on the most popular content of the year. This year is maybe the biggest yet, with over 150 YouTube stars making an appearance!

Also for your viewing pleasure, the top 10 most watched ads and videos on YouTube in 2015. Happy Friday!