We had a hurricane in Ireland this week. One of the Rerun team’s hurricane video went viral. It got over 300,000 online views in the first 24 hours. It was also featured in news reports in Ireland, the U.K and in Japan.

We take a look at the new podcast 'Over The Top' from VideoInk. Snapchat and NBCUniversal launch a new digital studio. Facebook inform us all of a new plan for VR that we think will take off, and lots more.

Our new podcast with VideoInk 'Over The Top'

This week are really excited to be part of VideoInk's new podcast 'Over The Top'. The first episode is with Morgan Spurlock of Super Size Me fame! There are some great pieces of information from Morgan. One piece we really loved was when he was asked about the marketing behind getting people to watch a new show or series he stated "It is not about spending millions of dollars, it is about motivating millions of people" 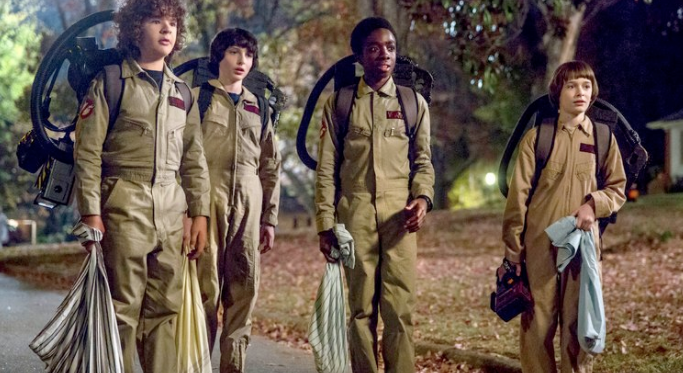 How many people watch Netflix? Nielsen tries to solve a mystery

Outside of Netflix, no one actually knows how successful their shows actually are. Like Netflix, other streaming services such as Hulu and Amazon also keep quiet on the streaming figures.

Nielsen, in a bid to stay relevant has announced that it has found a way to analyse Netflix's viewing figures. In a two month trial the company has been using audio recognition software in the 44,000 Nielsen-rated homes in the US. However Nielsen have not as yet made the data available. It has privately released the date to media companies that have subscribed to its services, including the Walt Disney Company, Warner Bros. and Lionsgate etc.

At Rerun we think its long overdue that Neilson start to account for viewership among streaming services. However, given the growing concerns on data protection and the multiple types of platforms users can access Netflix on, we think Nielsen has a long way to go before it gains accurate data. So far, Netflix’s Chief content officer, Ted Sarandos, has said the numbers by Nielsen are inaccurate.

It seems Snapchat are getting very serious about content.

Snapchat and NBCUniversal have partnered to create a new digital content studio that will make made-for-mobile programming. The joint initiative will initially focus on developing and producing scripted and other genres for release on Snapchat. One such show will be a creation by the brains behind The Office (US), Parks and Recreation.

Discovery Communications’ Eurosport has announced it is also partnering with Snapchat for the 2018 Olympics, in a bid to reach younger audiences who may be tuning out TV. Content created will include Olympics-related Our Stories, curated posts submitted by Snapchat users and Publisher Stories. Content will also be created in multiple languages and span multiple countries

Like most publishers, GQ places a lot of importance in video. However, its approach is more quality than quantity. While other publishers chase views on social platforms, GQ is focusing on engagement and on bringing people back to the GQ website. This approach has their lean video team operating in the black.

“Like everyone, we’re mindful of scale,” GQ digital director Mike Hofman said. “But when our video team was starting out, the emphasis was on engagement. No one owes you their attention on the internet.”

A 790 square meter (8503 square foot) screen now sits in London's city center at Piccadilly Circus. Not only is this a massive new screen, but it will use recognition technology to respond and react to cars and pedestrians passing by. We've seen these before, but not likely at this scale.

"Landsec [the company that owns the screen] says hidden cameras will analyze the make, model, and color of cars that drive by as well as the age, gender, and even the feelings of nearby pedestrians in order to customize ads for the local audience."

Interesting. But a screen that is watching you, and smart enough to know your age, gender, and feelings, should raise concerns. Landsec has said the screens will not collect or store any of this recognition data, but technologists and privacy advocates alike should be keeping a close eye on how this all plays out.

All that being said, the development does open up new possibilities for creators to make interactive and far more engaging videos than we've seen before. And that could be pretty cool.

The rise (and fall) of autoplay video, in 5 charts

This article outlines why publishers autoplaying videos on their websites are shooting themselves, and everyone else, in the foot. Mainstream browsers like Safari now block videos that autoplay with sound and Chrome is expected to soon follow suit. Autoplaying videos have also been linked to an increase in the use of ad-blockers. In fact, a report by PageFair found that interruptive ads were only 1% behind fear of viruses when it comes to motivation for installing ad-blockers.

PageFair, a company that helps publishers circumvent blocked ads, found that interruptive ads were the second most common motivation for blocking ads (cited by 29 percent), behind virus and malware concerns (30 percent).

Facebook announced plans to launch a virtual reality “Venues” app next year. Mark Zuckerberg says this will allow people to “watch live concerts, and live sports, and premieres of movies and TV shows, all around the world with friends”

Venues could create stiff competition for third-party Oculus apps like FoxVR, LiveLike and industry leader NextVR that focuses on streaming concerts, sports and other live events and already has a partnership with Ticketmaster. We feel that this will be a very exciting prospect in the VR realm. It's more likely to have mass market appeal, than seeing the devastation that occurred in Puerto Rico which Mark Zuckerberg recently apologised for sharing on a live Facebook video.

My first Lab Day in Axonista