It's a jammed packed issue this week, so let's get straight to it with YouTube, Roku, Spotify, Twitch and more!

YouTube has a new face, but has it lost its voice?

A fantastic and in-depth feature by Creative Review on YouTube's recent redesign. It looks at what the redesign signifies at a product level ("content Tinder for the distracted looking for a video match"), all the way up to the branding and new logo, and where it all sits in relation to YouTube's big competitors in the video industry.

The key takeaway is that, for better or worse, YouTube arguably isn't ever going to be a strong content brand like a Disney, Netflix, or HBO. YouTube's meritocracy in giving the bedroom vlogger the same treatment as the ESPN's of the world is what sets it apart, but also holds it back.

Does the viewer see YouTube along with the Disneys and Apples of this world? Or do they reflect their brand love to the vlog author or media owner of their choice, ignoring the platform that delivered it? [...] There’s a big thing missing, the voice of YouTube itself, telling the average viewer why they exist, in a clear way we can hear again and again. Beyond the open values, which are attractive to creators but not so for viewers, what is the future of the brand?

So it seems Roku may be back tracking a little...! A few months ago we featured in Rerun an interview from Roku's CEO Anthony Wood. Wood detailed Roku's 'content neutral' strategy where by Roku would not carry content like their competitors do.

On the back of their IPO announcement, Roku seem to have revised this strategy. It has revealed it is launching its own channel featuring content Roku has licensed from studios and movies aggregated from other channel publishers on its platform. The channel will be free, and available on Roku streaming players, sticks and TVs.

At Rerun, we wonder if Roku have changed their tune because it needs to demonstrate it can make money of, and by itself? Roku revealed that it does not in fact receive monetary return from two of its most popular apps, Netflix and Youtube. To support 'The Roku Channel', and Roku, ads will be sold against the content on air. It's possible this channel is an attempt to encourage investors in light of the IPO. 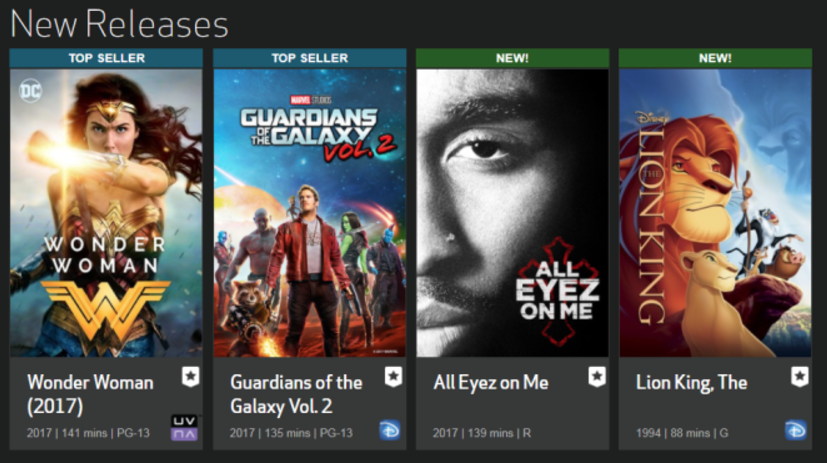 This year Labor Day weekend witnessed some of the worst box office takings in the US. This isn't aided by the fact that major studios don't release blockbuster movies over the US holiday to help draw audiences in. But what's interesting is that Labor Day has become a major weekend for VOD rental.

one2one Media, a marketing data analytics provider, reports that VOD rentals are approximately 100% higher on Labor Day when compared with the average rate of other Mondays. one2one Media obtained data from more than 40 pay-TV operators. Variety reports that there are a number of different reasons for this trend, most notably there isn't actually much on US TV over Labour Day weekend.

At Rerun, we find it interesting that one2one Media reports that those purchasing VOD rentals are primarily women aged 25-54. Perhaps since children are back at school, parents are trying to keep their kids entertained.

At Rerun we think it's very clear that Facebook are serious about video. The social media platform bid $600 million for a five-year deal to stream Indian cricket matches online. Sadly for Facebook, Rupert Murdoch’s Star ended up winning the deal, shelling out $2.6 billion for the full set of broadcast and streaming rights.

However, we think this is a strong signal Facebook wants premier content on its platform, not just college games. Verizon’s four-year $1 billion deal for NFL mobile rights expires at the end of this season. And if Facebook have the money to spend on big sports, perhaps they may try with the NFL next?

As the bidding war for distribution rights to the James Bond franchise continues. Two new players have reportedly entered the fray. Apple and Amazon have been trying to distinguish themselves from their streaming competitors. And it looks like they're ready to take this to the next level.

With the distribution rights reportedly worth anywhere from $2 to $5 billion, it would be a big win for either company. Amazon seems better placed and has popular original series like Transparent and a Best Picture Oscar for 'Manchester by the Sea'.

Apple’s original content so far includes Planet of the Apps and a reboot of James Corden’s Carpool Karaoke. Neither of which have earned the company any critical acclaim. But Apple has money to burn, and a need to fill a prestige gap in its current programming.

Spotify’s head of video and podcasts departs amid strategy shift

Spotify has been experimenting with video content over the past year. Tom Calderone, former president at VH1, brought 12 music-themed video shows in his role as head of original video and podcasts. Things have changed over the past few weeks with Spotify's decision to focus their video efforts on select popular playlists, and part ways with Calderone.

Bloomberg reports, "the company is making clearer that it wants videos on the service to stay closer to the music industry." Though their strategy may be to expand outside of music, their users don't seem to agree. Whatever happens, we'll all be watching (listening?) close to see (hear?) how this all plays out. 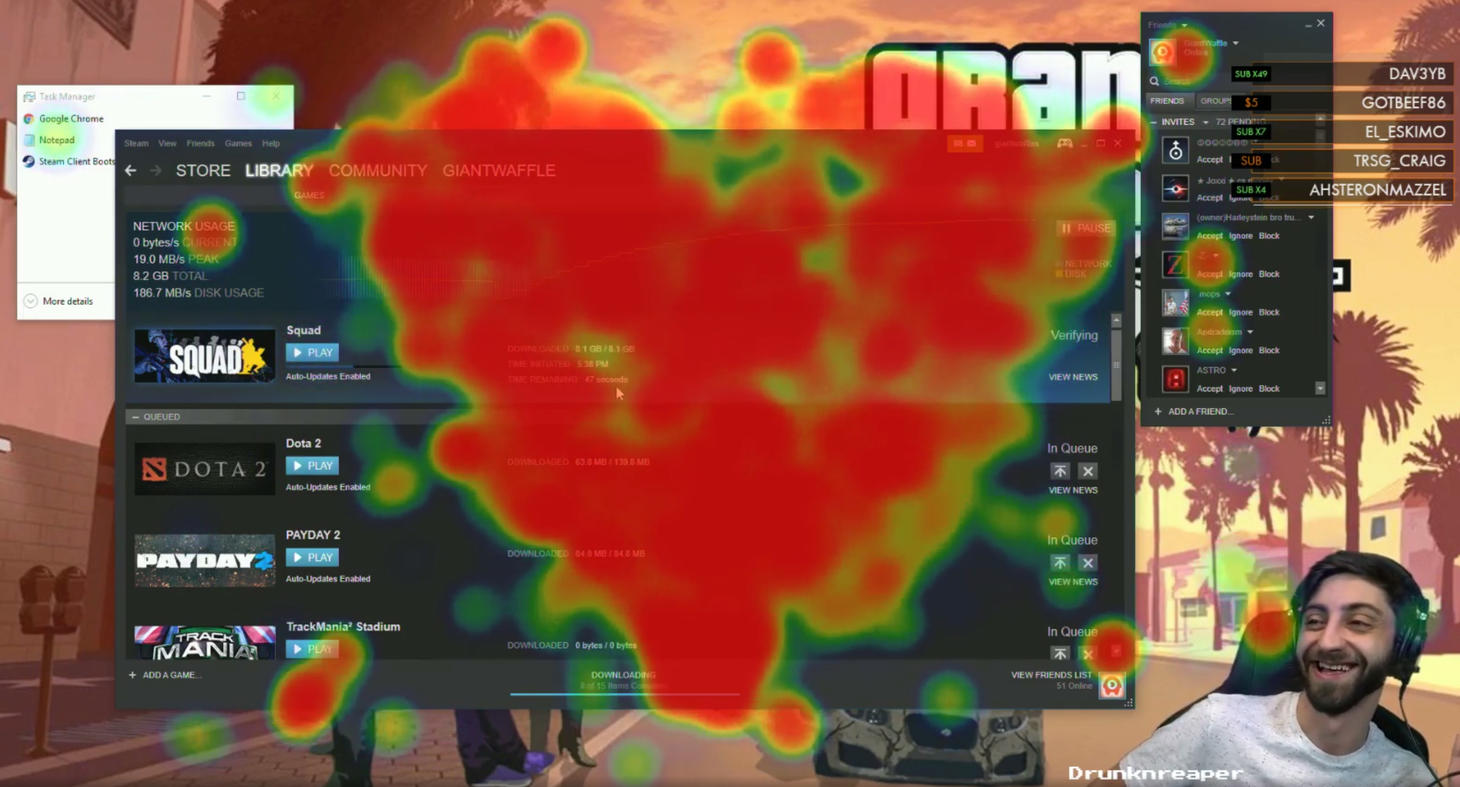 Twitch extensions are live and ready to customize your page

The future of video is interactive. Twitch is leading the charge, with the addition of interactive 'extensions'. Twitch streamers can overlay interactive graphics on their videos, and create their own. We're looking forward to seeing what interactions Twitch users dream up!

Streamers can now customize their pages with interactive experiences they can display over their live videos, including Hearthstone match tickers, virtual pets, the channel's top cheerers, various overlays, live trackers, in-game statistics and the like.

Publishers obsess about user experience, but worry about giving up revenue

Some publishers are starting to realise they have to draw a line somewhere with regards to annoying ad formats and distracting creative. The desire for a better user experience and for better storytelling is pulling them towards ditching annoying ad formats, creating better ones, and setting a higher bar for the creative. However, there's an anxiety over the short-term drop in revenue that this could cause and uncertainty over the revenue being regained in the medium to long term.

This is all spurred on by the increasing popularity of ad-blockers and a heavy reliance on advertising as revenue. While advertising has a place in a publisher's revenue stream, we feel that the better option in the medium to long term is to create revenue directly from your viewers.

Sea Prayer is the first narrative animated VR film created using Tilt Brush. The story is by award winning novelist Khaled Hosseini, and the film is by the Guardian's VR team. The film commemorates the memory of Alan Kurdi, the three-year-old Syrian refugee who drowned at sea. It takes the form of a letter from a father to his infant son, as they embark on a perilous journey together.

Mountains, Lakes, and Livestreams: A Q&A with Airbnb’s Jasmine Atherton

Most social media campaigns are trying their best to capture your attention. But Airbnb had a clever idea to stand out from the crowd, by doing the opposite. The “National Parks Backyards” campaign used Facebook live to stream video of tranquil landscapes. Which coincided with the National Parks Service’s 100th anniversary.

“Slow TV” is an interesting trend where people will watch a video in which not much happens. Airbnb tapped into this idea to bring the great outdoors onto Facebook. With 2.5 million impressions in 12 hours, it's safe to say people loved it!

We wanted to tap into the reason why people may be escaping to the wilderness or visiting a park—for some peace and quiet. By not adding people, stories, or narration, we allowed people to simply listen to the birds, soak in the sunset or watch a boat drift by.