This week Netflix made a rare TV appearance to explain the thinking behind cancelling some of its high profile Netflix originals, including Sense8 😭 and The Get Down.

Netflix's new strategy is to take more risks with its Originals, in order to find stand out hits that couldn't have been predicted, like 13 Reasons Why, and Stranger Things. Inevitably this wide net approach will lead to a higher number of cancellations as some shows fail to hit the mark.

But fear not, some well loved animation shows are making a comeback to our screens, soon. The hero that is Steven Spielberg is bringing back Animaniacs and Samurai Jack is also returning after 13 years away!

Mary Meeker has outdone herself with a whopping 355 slides in her Internet Trends report this year. Given that last year's report totalled 213 slides, this upward trend in number of slides verifies that the breadth and definition of the Internet is still expanding at an enormous rate, despite a global slow down in smartphone sales growth.

Thankfully, Techcrunch has slimmed it down to a more digestible slideshow. Here are some of our highlights.

The full report is available here 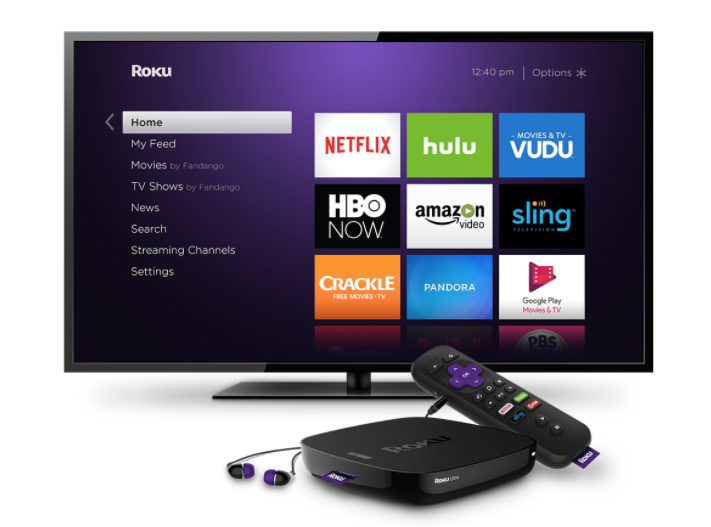 Roku’s CEO on Netflix, Amazon, Google, and the future of TV

In a recent interview with Fortune, Roku's CEO Anthony Wood has clarified what's important for the streaming service.

1 Roku's 'content neutral' strategy is crucial to its future success.

'We’re not vertically integrated like our competitors where they can’t carry each other’s content.' This means Roku can stay neutral and independent when it comes to carrying streaming apps and the content it advertises to users.

2 Being the best at advertising is paramount.

'It’s super important. The future of TV—both with content distribution and advertising—is based on data and machine learning. And it’s a huge competitive advantage to be good at that.'

3 Roku is one of the first companies to offer universal search, because for it, content discovery is a key concern.

'Our biggest focus is just bringing on as much content as we can and keeping our UI simple. One of the challenges with a simple UI when there’s so much content is how do you make it easier for customers to find what they want to watch in that sea of content.'

Why BBC Three is defying the sceptics

The recent win of BBC Three, as 'Channel of the Year' at this year's BAFTAS's, has brought this question into view. Those against the win argue that since BBC Three is no longer a 'live' channel on terrestrial and cable TV, that it isn't a real channel anymore.

This has lead BBC Three controller, Damian Kavanagh to remark

“ I don’t know what they mean by a ‘real channel’. What is a TV channel? It’s a collection of content.''

And, does that content have to be 'live', for a channel to be a valid TV channel? At Rerun, we argue that with the growth of on demand services and video platforms, the industry's understanding of what makes a TV channel will have to evolve.

Network performance is main cause of cable churn, says study

There is much discussion these days as to why users cut the cord, and why younger audiences are not paying for TV subscriptions. The advance of digital video platforms is certainly one reason, but at Rerun, we believe there is another factor to be considered; network providers' performance, or the lack there of.

A recent survey by Teleste found that;

Among ex-cable homes, all reported that issues in network performance had been the main issue leading them to churn. Some 60% had also described negative interactions with helpdesk staff as a contributory factor.

As a result of poor networks performance, broadcasters, despite all their hard work, are losing out. Network providers need to provide a quality of service to guarantee not just their future, but also the future of broadcasters.

Sure, ad blockers are widely used globally and most desktop ads fall in the 'annoying ad experience' camp. However, Google's recent announcement to preinstall ad blocking technology into its Chrome browser to 'block the most annoying ads' and control the experience for those site visitors using an alternate ad blocker.

Given that Google has an existing huge advertising business, surely this is a big conflict of interest. Matthew Ingram breaks down all the reasons as to why this is a bad idea, in this Fortune article.

At Rerun, we feel this is a hostile move on the open nature of the internet.

How football site Goal pivots its content strategy for the offseason

While many traditional sports publishers move to 'summer sports' once the European football season ends, for Goal it simply marks the beginning of a new content strategy. The regular beat of matches is replaced by the irregular and fast-paced world of the offseason transfer window. Once a transfer rumour emerges, Goal has to put in place a strategy to cover that transfer should it become official. With 100s of transfers and 1000s of rumours over the course of the summer, it's no small feat.

To achieve this they operate like a well-oiled machine. Goal's journalists are based all over Europe, meaning that as a story breaks they can have someone on the scene ready to record video. They also use platforms like Facebook Live and Instagram Stories, which allow them to deliver content to their audience at a fast pace.

While it’s focusing on player transfers, Goal’s U.K. team creates around 80 pieces of video, images and text-based articles a day, as do its international editions. The result is often more traffic than when the Premier League and Champions League seasons are in full swing.

The Essential Phone is a dark horse for 360° filmmaking

The tech press was abuzz this week with the long-awaited reveal of the Essential Phone. It's not just another Android phone, it's the start of a whole new mobile & home ecosystem by Andy Rubin, the creator of Android itself.

But while the phone is as sleek and polished as you'd expect a $700 phone to be, what's very interesting is the flagship peripheral they've launched with it. For $50 extra when buying the phone, you get the world's smallest 360 camera, which fits into the phone as easily as a pair of headphones would. It's no slouch either, featuring two fisheye lenses and four microphones.

You take that camera, put it on an incredibly tough titanium and ceramic phone, combine it with the power of Android for editing and sharing footage, and you now have a dark horse device for 360° filmmaking.

The GIF Turns 30: How an ancient format changed the internet

The humble GIF—pronounced with a hard G, yes—is celebrating its 30th year, and still going from strength to strength. It's now as much a part of our daily language as emoji, and this article from Wired charts how that happened.

And in a timely announcement, Vimeo has teamed up with Giphy to replace its static video thumbnails with looping GIFs. Now you can watch what you're going to watch, before you watch it.